If you haven’t done your shopping for Thanksgiving dinner yet, you’d better brace yourself: The price of turkey and all the trimmings is up a whopping 20% from last year.

• As millions of Americans gear up to travel during the Thanksgiving holiday week, many will have to deal with rain, snow, blustery winds and cold temperatures. Over 5 million people from Michigan to New York are under winter weather alerts as additional lake-effect snow is expected to fall today.

• At least five people were killed and 18 others were injured in a mass shooting at an LGBTQ nightclub on Saturday in Colorado Springs, Colorado, according to police.

• Negotiators from nearly 200 countries at the COP27 UN climate summit in Egypt took the historic step of agreeing to set up a “loss and damage” fund to help vulnerable countries cope with climate disasters — but failed to reach an agreement to phase out fossil fuels after marathon talks were “stonewalled” by a number of oil-producing nations.

• Former President Donald Trump’s Twitter account has been reinstated on the platform. The account, which Twitter banned following the January 6, 2021, attack on the US Capitol, was restored after Twitter CEO Elon Musk posted a poll on the platform Friday night asking users if Trump should be reinstated.

• President Joe Biden turns 80 years old today, becoming the first octogenarian to ever serve in the nation’s highest office. The unique milestone of Biden’s birthday comes as the president faces speculation about whether he will mount a reelection run and dredges up questions about whether he’s too old to serve another term.

The week begins with a day of thanks — for two turkeys that is. President Joe Biden will take part in a long-standing presidential tradition: the Thanksgiving turkey pardon. Following the ceremony, the lucky gobblers will be heading back to North Carolina, where they were raised.

Former national security adviser Michael Flynn has been ordered by a judge to testify before an Atlanta-area special grand jury investigating efforts by former President Donald Trump and his allies to overturn the 2020 election in Georgia. Fulton County prosecutors are interested in the grand jury hearing from Flynn specifically about a December 18, 2020, meeting he had with Trump, attorney Sidney Powell and others associated with the Trump campaign, according to a Fulton County court filing. During the heated Oval Office meeting, CNN previously reported, Flynn and Powell floated outrageous suggestions about overturning the election. The meeting was just three weeks after Trump pardoned Flynn near the end of his administration.

Happy Thanksgiving! Here are five tips for taming travel tension and stress over the holidays.

It’s Black Friday, traditionally one of the biggest holiday shopping days of the year — that is until the Covid-19 pandemic shut down the US economy in 2020. But even now, with coronavirus restrictions receding in the rearview mirror, major chains like Walmart, Target and Best Buy are opting to keep their doors closed. Nevertheless, retail sales for the combined November-December shopping months will grow between 6% and 8% this year compared with the 2021 holiday season, according to projections from the National Retail Federation.

Small Business Saturday, which began as a marketing initiative to entice people to “shop small” and support local businesses during Thanksgiving weekend, is now a quasi-holiday. This year, small-business owners are being encouraged to up their TikTok game to attract younger customers.

How Trump’s inner circle is feeling about 2024

In this week’s One Thing podcast, “CNN This Morning” anchor Kaitlan Collins breaks down former President Donald Trump’s 2024 presidential campaign announcement and looks at whether any other Republican will be able to challenge him for the nomination. She also shares how people in Trump’s orbit are feeling about the move following a lackluster Republican performance in the midterms. Listen here for more.

The week in 30 photos

The 2022 American Music Awards, hosted by Wayne Brady, will air live tonight at 8 p.m. ET on ABC. The event will feature performances by Carrie Underwood, Imagine Dragons, Pink and more, along with a career tribute to Lionel Richie.

If every superhero has an origin story, “The Fabelmans” is a super-director’s origin story — with the director in question none other than Steven Spielberg. CNN’s Brian Lowry says the film, which goes into wide release Wednesday, is a “deeply personal chronicle from one of cinema’s greatest talents” that is definitely worth the price of a ticket to a theater.

The 2022 World Cup gets underway today. CNN will bring you special coverage of the biggest stories from Qatar from now through December 18.

In addition to all of today’s games and Monday’s matchup between the San Francisco 49ers and the Arizona Cardinals, the NFL will be serving up its usual three-course meal of football games on Thanksgiving Day.

Take CNN’s weekly news quiz to see how much you remember from the week that was! So far, 59% of fellow quiz fans have gotten eight or more questions right. How will you fare? 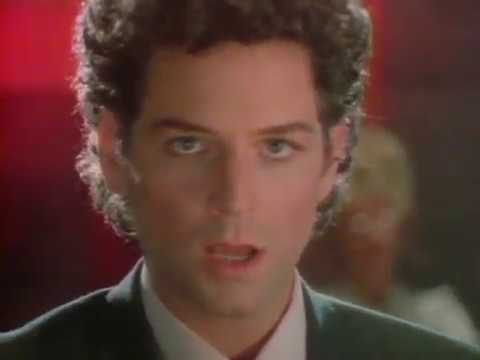 AAA is predicting that nearly 55 million people in the US will be traveling during the upcoming Thanksgiving holiday weekend. This one is for all you intrepid travelers preparing to brave the nation’s airports and highways later this week. (Click here to view)