Britain's NHS was once idolized. Now its worst ever crisis is fueling a boom in private health care
FTX to politicians: Give us back our donations or we'll sue you
Diesel prices fall in Europe despite ban on Russian fuel
Something isn't loading properly. Please check back later.

It’s been a crazy few weeks for Twitter, and “SNL” made the most of the chaos.

Elon Musk completed his $44 billion deal to buy the company last week, which led to massive layoffs and questions about whether the world’s richest man would restore some banned accounts.

“Saturday Night Live” imagined what that process would look like on Saturday night’s episode.

The meeting was led by Kenan Thompson and Chloe Fineman as Twitter employees listening to the cases of users who had been banned. 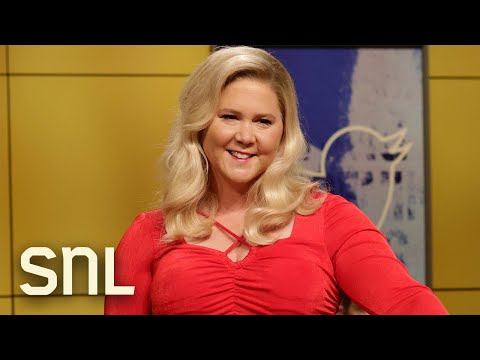 “Good morning, everyone. Today, we will decide if suspended accounts will be let back on Twitter,” Thompson’s character said.

Fineman responded, “And who better to do it than us? The only two Twitter employees who haven’t been laid off.”

First up: A woman played by Cecily Strong who was very upset about the Covid pandemic.

“The Covid PLANdemic was created by Big Pharma to silence me. Everybody tries to silence me,” she said. “Ma’am, please speak at a lower volume. I’m sorry, am I too loud for your precious intensive care unit? You aren’t even sick!”

Later in the meeting, this show’s host, Amy Schumer, playing a bot account, came to the podium.

“Hi. Oh my god, your profile is so funny. I love funny guys,” Schumer, dressed in a red dress, said as the bot. “They said I was a bot, which is crazy. I’m all woman and I love funny guys like you. In fact, you should check out this website where me and some other girls hang out.”

Thompson said that Schumer sounded too good to be true.

“Oh my god, you’re so funny,” Schumer’s bot said. “I bet you have an awesome social security number.”

The Twitter logo is displayed on the exterior of Twitter headquarters on October 26, 2022 in San Francisco, California.
Justin Sullivan/Getty Images

Elon Musk's Twitter lays off employees across the company

But the most notable person to speak in front of the council: former president Donald Trump, played by James Austin Johnson. Trump had his account banned in 2021.

Fineman asked why Trump would come back when he has his own social network.

“Yes, we’ve all moved to Truth Social, and we love Truth Social. It’s very great,” Johnson’s Trump said. “And in many ways, also terrible. It’s very bad. Very, very bad. It’s a little buggy in terms of making the phone screen crack, and the automatically draining of the Venmo.”

Johnson’s Trump then said to let him back on Twitter because he wouldn’t do anything bad this time.