Georgia Republican Gov. Brian Kemp and Democratic nominee Stacey Abrams faced off in their second and final gubernatorial debate Sunday night, with a little more than a week to go before Election Day amid record high early voting in the state.

They sparred over the state’s economy, abortion rights and, in a sign of the race’s national implications, whose party should be blamed for the country’s woes.

Kemp has led in most polling of the race, but Abrams – who came within a few thousand votes of pushing their 2018 race to a run-off – has a strong base of support and has succeeded in helping to mobilize Democrats in her campaigns and those of other high-ranking Democratic candidates, including President Joe Biden and Sens. Raphael Warnock and Jon Ossoff in their 2020 campaigns. 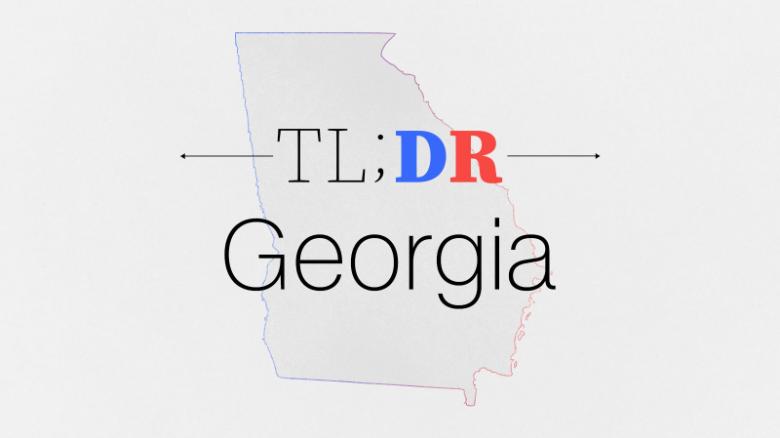 There are 36 states voting for governor this year, with 20 – including Georgia – being defended by Republicans. The state legislature is controlled by Republicans, who, with Kemp’s sign-off, passed into law three years ago an abortion bill that bans the procedure as early as six weeks of pregnancy with some exceptions. Now that Roe v. Wade has been overturned by the Supreme Court, that law is in effect and further restrictions could be on the way.

Abrams fiercely criticized Kemp on the issue, noting his refusal to state clearly whether he would sign off on new legislation from anti-abortion rights Republicans. Kemp, in turn, repeatedly sought to pivot the conversation back to the economy – specifically, inflation and Georgia’s relative prosperity in spite of it – while trying to portray Abrams as a progressive radical who wants to defund the police. (Her position is considerably more complicated.)

Here are five takeaways from the second gubernatorial debate in Georgia:

A tale of two economies

Is Georgia booming, as Kemp says, or nearing a calamitous bust, as Abrams argued?

The candidates painted vastly different portraits of the economic situation in the state, with Kemp pointing to higher wages and low unemployment – and blaming any pain on inflation, which he attributed to Democratic policies in Washington – while Abrams singled out a low minimum wage and Kemp’s refusal to accept Medicaid expansion funds under Obamacare as twin albatrosses being worn by Georgia’s working class.

Kemp summed up his view at the beginning and end of the debate. His closing statement cheered the “lowest unemployment rate in the history of our state,” “the most people ever working in in the history of our state” and “economic opportunity, no matter your zip code or your neighborhood because we’ve been focused on strengthening rural Georgia and many other things.”

“The economic pain people are feeling, it’s real,” Abrams said. “As governor I will not only lower costs, I will put more money into the pockets of working Georgians, of middle class Georgians, but I will not do is give tax cuts to the wealthy and the powerful.”

Kemp argued that the state’s one-off billion-dollar tax credit this year was only possible because of his maneuvering during the worst of the Covid-19 pandemic, when he was among the first to re-open businesses, and pointed to a recent gas tax holiday as emblematic of his work to make life more affordable for middle class voters.

Where that failed, he tried to shift the blame north – to the White House.

“The problem (facing Georgians) is, (wages are) not going up fast enough to keep up with Joe Biden’s inflation,” Kemp responded when Abrams challenged his depiction of the state’s economic situation.

The future of abortion rights remains a potent issue

In some sense, the abortion debate is at a standstill in Georgia. The state has a law on the books, passed three years ago, that bans the procedure after about six weeks. And with the Supreme Court’s Dobbs decision, it’s now in effect.

But Abrams, and the debate moderators, had another question for Kemp: with no federal limits in place, would the Republican, if re-elected, sign further restrictions into law? 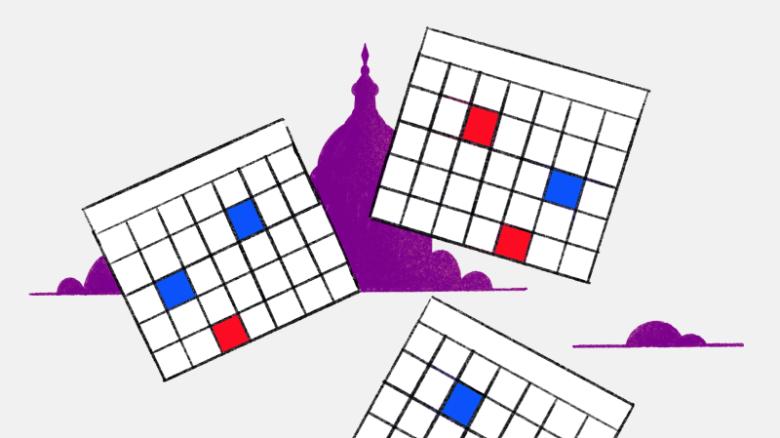 Kemp didn’t give a straight, yes or no answer, saying he didn’t want to pre-judge “any specific piece of legislation without actually seeing exactly what it’s doing,” before adding: “It’s not my desire to go back, to go move the needle any further.”

“He did not say he wouldn’t,” Abrams responded – underscoring the uncertainty that lingers around the issue, which, as the moderators noted, remains a divisive one in the state, where more than half of those polled in a recent survey support abortion rights.

Abrams framed her argument around concerns over privacy and women’s health, describing abortion as “a medical decision,” one that should only be made by “a doctor and a woman, not a politician.”

Kemp, in a back-and-forth over limits and exceptions, described his own wife’s miscarriage and difficulties they encountered in having children (he now has three daughters).

“It is a tragic, traumatic situation,” he said of miscarriages, pushing back against Abrams’ warning that the state could, under GOP control, end up investigating women who have them under suspicion they might have received an abortion. Kemp denied that women would ever be punished for undergoing the procedure.

Abrams, seeking to tie the issue to broader concerns over access to health care in the state, noted that under the current state law, the ban kicks in “before most women know they’re pregnant” – an especially troubling fact given the diminishing number of OB-GYNs in Georgia.

They’re not running for governor, but they are top of mind for many in Georgia.

For Democrats, it’s GOP Senate nominee Herschel Walker, who has become a symbol of what his critics describe as Republican hypocrisy on issues like abortion, support for law enforcement and business acumen.

On the Republican side, President Joe Biden is the go-to boogeyman for most economic issues, with GOP candidates and their surrogates relentlessly trying to tie Democratic nominees to the President and the soaring inflation that’s occurred during his time in office.

“Americans are hurting right now because of a disastrous policy agenda by Joe Biden and the Democrats that have complete control of Washington DC,” Kemp said when his economic record came under attack.

Abrams, in turn, called out Kemp’s support for Walker during their abortion tussle.

Walker, who said repeatedly in the past that he favors a full abortion ban with no exceptions, faces allegations from two women who say he urged them get abortions. Walker has denied their claims.

During their first debate, Abrams said Kemp shouldn’t get too much credit for following the law and not giving in to former President Donald Trump’s efforts to overturn his 2020 loss in Georgia.

There was less talk about two years ago this time – and hardly any mention of Trump throughout the night – but voting rights, in particular a new law known as SB 202, came under harsh scrutiny from Abrams.

“The right to vote is sacred to me. … It is an abomination, SB 202, that has allowed racists, White supremacists to challenge the legal authority of citizens to vote,” she said.

In response to news of record early voting turnout, Abrams argued that “the fact that people are voting is in spite of SB 202, not because of it.”

Kemp, like he did in their first debate, accused Abrams of trying to “manipulate and scare people at home” and defended the state as a place where it’s “easy to vote and hard to cheat.”

When asked, both candidates said they would accept the results of the November election, no matter the outcome – a question notable mostly because it has become a staple of campaign debates around the country in the aftermath of the 2020 election.

The crime debate, both nationally and in statewide races, tends to follow similar tracks.

Republicans blame Democrats for going soft on criminals and hard on police, often invoking the short-lived movement to “defund the police” against their opponents. Democrats push back, touting their support for law enforcement, before pivoting to GOP opposition to new gun restrictions.

And so it went in Georgia on Sunday night.

“Go check the record, because Ms. Abrams on CNN got asked the question, would she defund the police? And she said, yes, we have to reallocate resources. That means defunding the police,” Kemp said.

Abrams denied the claim, saying Kemp was “lying again” about her record – which, indeed, is more nuanced – before turning to the Republican’s record of loosening gun restrictions.

“Guns are the number one killer of our children. We have the ninth highest gun violence rate in the nation. Family violence with guns has gone up 18% under this governor, and his response was to weaken gun laws in the state of Georgia,” Abrams said.

In reality, both Abrams and Kemp have gone out of their way during this campaign to highlight their support for law enforcement. Abrams has proposed $25 million in state grants to local agencies that would go to raise wages for police officers, while Kemp repeatedly touts his support from leading law enforcement officials, the vast majority of whom have endorsed his campaign for a new term.