A 2022 warning from Arizona amid reports of voter intimidation

A version of this story appeared in CNN’s What Matters newsletter. To get it in your inbox, sign up for free here.

Amid expectations of high turnout this year, there’s also the fear that some voters could be dissuaded from participating.

Welcome to the 2022 midterms – the first major election since former President Donald Trump’s failed efforts to thwart the results of the 2020 presidential contest.

Nearly 6 million ballots had already been cast across 39 states as of Friday, according to data from election officials, Edison Research and Catalist.

But with just two weeks until November 8, multiple reports of voter intimidation out of Arizona – home to some of this year’s most pivotal contests up and down the ballot – highlight a fundamentally un-democratic threat to our free and fair elections. 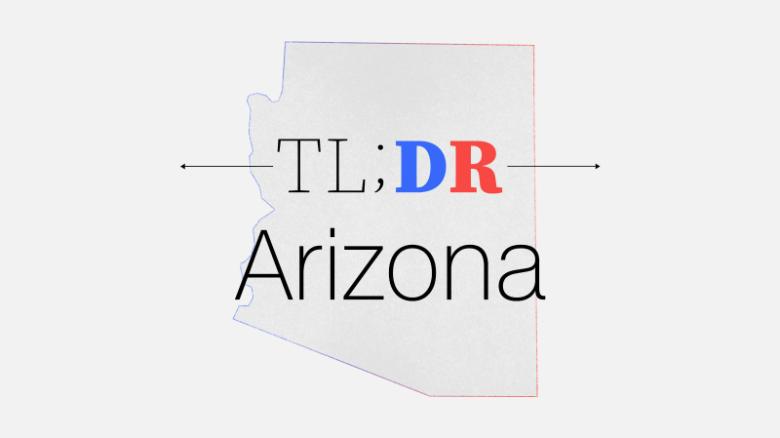 Consider this: Two armed individuals – dressed in tactical gear – were spotted at a ballot drop box in Mesa on Friday night, according to Maricopa County officials. The pair left the scene when the County Sheriff’s Office arrived.

“We are deeply concerned about the safety of individuals who are exercising their constitutional right to vote and who are lawfully taking their early ballot to a drop box,” Maricopa County Board of Supervisors Chairman Bill Gates and Recorder Stephen Richer said in a joint statement on Saturday.

There’s reason for concern, especially with candidates who have questioned the results of the 2020 election running as GOP nominees this year – including a full slate of them in Arizona, which became a hotspot of election denialism in the wake of Trump’s loss to Joe Biden in the state. And across the country, there’s concern about how some GOP-controlled county boards run by election deniers will oversee this year’s elections.

Read this report from CNN’s Kyung Lah. The Arizona Secretary of State’s Office has already referred to the US Department of Justice and Arizona Attorney General’s Office a separate report of voter intimidation:

The unidentified voter reported that they were approached and followed by a group of individuals when the voter was trying to drop off their ballot at an early voting drop box on Monday.

CNN on Thursday obtained from the Arizona Secretary of State’s Office the report in which the voter detailed the alleged incident. It occurred, the voter wrote, around 6:40 p.m. at the Juvenile Justice Court drop box in Mesa, within Maricopa County.
The voter wrote that a “group of people” filmed, photographed and raised accusations against them as they attempted to return their early ballots.

The voter wrote that a “group of people” filmed, photographed and raised accusations against them as they attempted to return their early ballots.

See for yourself. “There’s a group of people hanging out near the ballot dropbox filming and photographing my wife and I as we approached the dropbox and accusing us of being a mule,” the voter said, adding that the group took photographs of them, their license plate and followed them out of the parking lot.

Part of the incident was captured on surveillance video, as seen here.

More fuel on the fire. Far from treating these incidents as a wake up call, Arizona Republican gubernatorial nominee Kari Lake, who has embraced the politics of Trump’s election falsehoods, said last week that she hadn’t “heard anything about” the initial report, but immediately seized on it to promote a central plank of her campaign.

Lake continued, “We can’t have half of the population or more doubting our elections. It’s not impossible to restore honesty and integrity to our elections. And I assure you, when I’m governor, we will do that.”

On Sunday evening, Lake again sought to raise doubts about the election system in Arizona with early voting underway.

“I’m afraid that it probably is not going to be completely fair,” Lake claimed, without evidence, in an interview with local station AZTV7.

The sad reality. Safety preparations are underway for Election Day across the country, CNN’s Fredreka Schouten has reported.

In Madison, Wisconsin, where a top election official faced death threats in the aftermath of the 2020 election, officials have redesigned the city clerk’s office, adding cameras, locking doors and covering the windows with white paper, said city attorney Michael Haas.

In addition, a new city ordinance establishes a fine of up to $1,000 for disorderly conduct directed at election officials.

In Colorado, meanwhile, a new state law – the Vote Without Fear Act – prohibits carrying firearms at polling places or within 100 feet of a ballot drop box.

And in Tallahassee, Florida, officials have added Kevlar and bullet-resistant acrylic shields to the Leon County elections office, said Mark Earley, who runs elections in the county.

This story has been updated with additional information Sunday.