President Joe Biden on Thursday pardoned all federal offenses of simple marijuana possession, a move that senior administration officials said would affect thousands of Americans charged with that crime. “No one should be in jail just for using or possessing marijuana,” Biden said in a video announcing his executive actions. As part of the announcement, Biden also encouraged governors to take similar steps to pardon those with state marijuana possession charges. The announcement comes a month ahead of critical November elections that will determine control of Congress and as Democrats seek to rebuff allegations that they are soft on crime, an issue that has risen to the top of some voters’ agendas in certain swing districts.

A suspect is in custody after two people were killed and six others were wounded in a series of stabbings in front of Las Vegas casino on Thursday. The incident took place near the Wynn hotel and casino shortly before noon, police said. The 32-year old suspect was taken into custody on two counts of open murder with a deadly weapon and six counts of attempted murder with a deadly weapon. Authorities have not shared the suspect’s motive, but the stabbings appear to be unprovoked and without any altercation beforehand, police said. Sheriff Joseph Lombardo said the victims were a combination of locals and tourists, and police will provide information on them after their families have been contacted.

The US issued new sanctions Thursday on seven senior Iranian officials over the Iranian government’s violent crackdown on mass protests and restrictions on internet access in the country. For weeks, a protest movement in Iran’s capital of Tehran has gathered momentum since the death in mid-September of Mahsa Amini, the 22-year-old Kurdish Iranian woman who died after being detained by the country’s morality police for apparently not wearing her hijab properly. More than 1,000 people are believed to have been detained in the demonstrations. CNN has not been able to independently verify the number of the dead and injured, but state media says 40 people have died since the start of protests in September. Human rights group Amnesty International says at least 52 have been killed.

Video Ad Feedback
Missing out on playing in World Cup is 'worth sacrificing for one strand of Iranian women's hair'
05:19 - Source: CNN

Justice Department officials are insisting to former President Donald Trump’s attorneys that he return any outstanding documents marked as classified, making it clear they do not believe he has returned all materials taken when he left the White House, a person familiar with the outreach told CNN. Whether the FBI rounded up all of the sensitive federal records in Trump’s possession during its search of his Mar-a-Lago residence is a question that’s loomed over the situation in recent weeks. But in numerous court filings, prosecutors indicated they had concerns that classified records were possibly still missing. Justice officials – including Jay Bratt, a top lawyer in the Department of Justice’s national security division – have communicated to Trump’s attorneys that he has an ongoing obligation to return the documents marked as classified.

Amazon plans to hire 150,000 new workers in the US to meet demand ahead of the busy holiday shopping season, the company said Thursday. The openings – which include full-time, seasonal, and part-time roles – range from picking and packing to sorting and shipping. While Amazon typically opens new roles each holiday season, this large hiring spree comes in the heat of a tight labor market and as rising inflation continues to put more pressure on companies to raise wages. In response, Amazon said it would increase wages to $19 an hour based on the position, up from an average of $18 previously, and provide sign-on bonuses. Some of the states with the highest number of jobs available include California, Illinois and Texas.

Pet sitter is no match for rambunctious puppies

Watch this dog sitter faceplant while trying to wrangle some adorable puppies. Clearly, he was having a ruff day.

A new adaptation of the iconic Nintendo video game features Chris Pratt as Mario and several other big-name stars.

The real-life ‘Inventing Anna’ could be released from jail soon

Did you watch the Netflix show “Inventing Anna”? Well, a judge ruled the fake heiress that the show is based on can be released from jail on bond – but she isn’t allowed on social media.

Yayoi Kusama’s yellow pumpkin sculpture is back on Naoshima Island

Japan’s famous yellow pumpkin has been reinstalled after it was swept into the sea during a typhoon last summer. And the timing couldn’t be better.

For some, composting food is a confusing process that may not seem worth the hassle … but this is why you should consider doing it.

You can also sign up for CNN’s Life, But Greener newsletter here and receive a guide to help you minimize your personal role in the climate crisis – and reduce your eco-anxiety.

Which new product did Tesla debut at an event this week?

That’s how much of the lower 48 US states are experiencing drought, according to the National Oceanic and Atmospheric Administration. Amid abnormal dryness nationwide, low water levels – particularly along the Mississippi River – have forced some barges to run aground, the US Coast Guard said. Low levels in the Mississippi also prevented a Viking river cruise ship from finishing its voyage this week, the company said.

“We have a direct threat of the use (of a) nuclear weapon if in fact things continue down the path they are going… I don’t think there’s any such thing as the ability to easily (use) a tactical nuclear weapon and not end up with Armageddon.”

– President Biden, delivering a stark warning about the dangers behind Russian President Vladimir Putin’s nuclear threats as Moscow continues to face military setbacks in Ukraine. Biden’s remarks at a fundraiser on Thursday come as the US considers how to respond to a range of potential scenarios, including fears that Russia could use tactical nuclear weapons, according to three sources briefed on the latest intelligence. 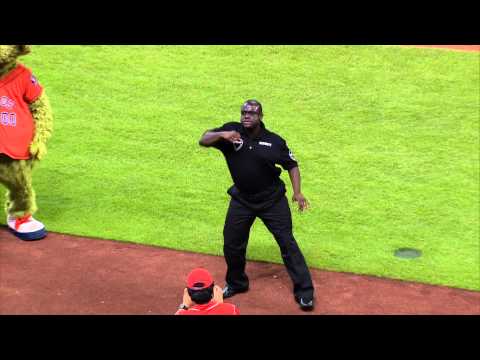