Hundreds of companies are testing out a four-day work week to determine if employees can maintain the same level of productivity despite the reduction in work time. So far, the experience has been positive, and some experts say the results could shift the perspective of remote work in the near future. Here’s what else you need to know to Get Up to Speed and On With Your Day.

A new court filing has revealed new details about what the FBI seized from former President Donald Trump’s Mar-a-Lago residence during its search this summer. Among the items seized were clemency requests, health care documents, IRS forms and paperwork that appears to be related to the 2020 election, according to a Justice Department list made public this week. The collection also included apparent communications about Trump’s various business connections. Full details of the documents aren’t available, but taken together, experts say the list offers a glimpse into a handful of the thousands of documents Trump was keeping at his Florida resort after his presidency.

The US intelligence community believes that the car bombing that killed Darya Dugina, the daughter of prominent Russian political figure Alexander Dugin, was authorized by elements within the Ukrainian government, sources briefed on the intelligence told CNN. Russia had accused Ukrainian nationals of being responsible for the attack, which Ukraine had strongly denied in the aftermath of the explosion. In response to the latest reports, Ukrainian defense officials told CNN that Ukraine had nothing to do with Dugina’s death. Meanwhile, Russian forces today fired several missiles on the city of Zaporizhzhia in southern Ukraine, officials said. Zaporizhzhia is one of four areas of Ukraine that Russia claims to have annexed – in violation of international law and despite the protests of Western governments.

Gas prices in the US are starting to rise again and some industry analysts say more increases are likely on the way. Prices increased nearly 3 cents a gallon in AAA’s daily reading on Wednesday to an average of $3.83 a gallon – the biggest one-day hike in nearly four months. This comes after OPEC+ said Wednesday it will slash oil production by about 2 million barrels a day. The Biden administration criticized the decision by the group of major oil producers, which includes Saudi Arabia and Russia, calling it “shortsighted” and saying that it will hurt low- and middle-income countries already struggling with elevated energy prices the most.

Covid-19 boosters could prevent about 90,000 US deaths this winter, but only if more people get the shots, a new analysis suggests. The study, published Wednesday by The Commonwealth Fund, said if booster vaccinations continue at their current pace, the nation could see a peak of more than 1,000 Covid-19 deaths per day this winter. On average, there are now more than 400 daily Covid-19 deaths in the US, data shows. About two-thirds of the US population is fully vaccinated with at least their initial series, according to the CDC. But only about a third of the population has received a booster dose.

At least 22 children were among 34 people killed in a mass shooting at a child care center in northeastern Thailand today, officials in the country said. Authorities had immediately launched a manhunt for the suspected shooter, who was later identified as a 34-year-old former policeman who had been involved in an ongoing court case for allegedly selling drugs. Investigators later confirmed the suspect had killed his wife and child before taking his own life. The mass shooting took place at the Child Development Center in Nong Bua Lamphu province, according to the prime minister’s office. While gun ownership in Thailand is relatively high compared with other countries in Southeast Asia, mass shootings in the country are rare.

French author Annie Ernaux has won the Nobel Prize in literature, organizers announced in Stockholm today. Ernaux, 82, has written a number of celebrated novels, many of which are autobiographical. Her first book, “Les armoires vides,” was published in French in 1974, and in English as “Cleaned Out” in 1990. Her fourth work, “La place” (1983) or “A Man’s Place” (1992), elevated her to prominence. She was given the prestigious award “for the courage and clinical acuity with which she uncovers the roots, estrangements and collective restraints of personal memory.”

Archaeologists unearthed a stunning artifact after digging on a main street in Greece. Take a look at the classical statue here.

How a 12-foot skeleton became the hottest Halloween decoration around

Halloween enthusiasts are racing to Home Depot to get their hands on this massive yard decoration affectionately known as “Skelly.”

The annual Fat Bear Week has arrived at Katmai National Park & Preserve – and they want you to decide which bears should be crowned chubby champions of 2022.

Actress Hilary Swank is going to be a mom – of two!

The rise of sleep tourism

Soundproof walls. Pillow menus. Bedtime teas. A growing number of sleep-focused rooms are popping up in hotels and resorts across the world.

Kim Jung Gi, an acclaimed comic book artist, died suddenly this week, his US agent told CNN. He was 47. The influential South Korean artist crafted sprawling, intricately detailed scenes with unbelievable speed, often before a live audience. Kim was in Paris for an exhibition of his work when he experienced chest pains. He was transported to a hospital where he died, according to a statement shared on his verified social media accounts.

That’s how many rainbow-colored fentanyl pills were recently found in a Lego box as part of a drug trafficking scheme in New York City. It is the largest seizure of the drug in the city’s history, US Drug Enforcement Administration authorities said, adding that a 48-year-old woman has been charged with possession of the controlled substance. According to Special Narcotics Prosecutor Bridget G. Brennan, fentanyl is involved in more than 80% of overdose deaths in New York City.

“We’re absolutely concerned about rebuilding. This could happen again, and it will happen again. However, we will be prepared. We will rebuild, and we will rebuild stronger and better than we were before.”

– Richard Johnson, vice mayor of Florida’s Sanibel Island, on communities working to rebuild in the aftermath of Hurricane Ian. Every home on Sanibel Island was damaged in one way or another, and people have lost everything in some cases, Johnson said. At least 125 people died as a result of the storm, officials said – 120 of them in Florida and five in North Carolina. 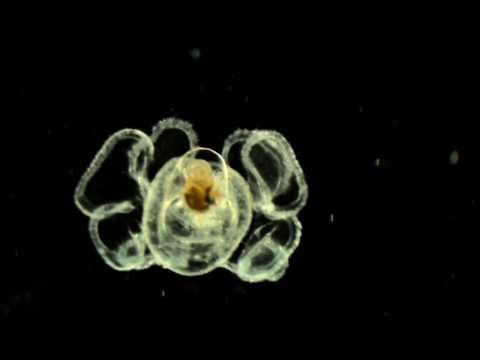 The beauty of deep-sea creatures

Watch this short video to see some of the otherworldly creatures that emerge from the deep ocean at night. (Click here to view)