Twitter access in Turkey is restored, according to network monitoring firm
Alibaba is launching a ChatGPT rival too
Welcome to the "generative AI" era. Resistance is futile
Something isn't loading properly. Please check back later.

Dream, a YouTube star with more than 30 million subscribers, has finally revealed his face after hiding behind a smiley-face mask for years.

“My name is Clay, maybe you’ve heard of me, maybe not,” he posted in a YouTube video Sunday night. “Maybe you clicked on this video out of pure curiosity and you don’t care who I am.”

He explained that the purpose of the face reveal was that he was meeting a friend for the first time after chatting online for several years. He added that he wanted to live a more public life and “start doing things” including meeting fellow internet creators.

The face reveal took place about one minute and thirty seconds in the five-minute video, which has amassed 16 million views in less than 12 hours. 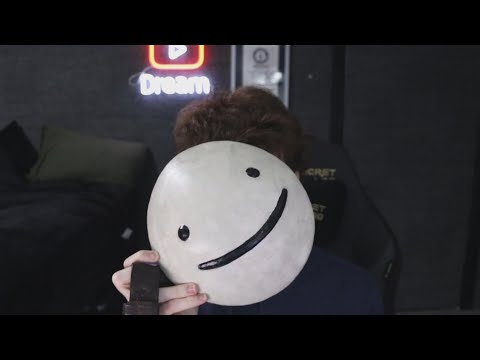 Dream has been an internet presence since 2014 and is best known for being a Minecraft gamer. He’s occasionally garnered controversy for cheating at the game and said he’s received some hate online. At one point the FBI reaching out to him about a “threat” on his life.

“I feel like I got so desensitized to hate, that I find it funny,” he said in the clip.

He ended the video said that his channel is “living proof that anyone can do anything” and that he doesn’t want his face reveal to take away from that.

Rod Lamkey/CNP/Sipa/Reuters
Republicans held a hearing to prove Twitter's bias against them. It backfired in spectacular fashion
Adobe Stock
Discovery+ is sticking around. It's a strategy shift for Warner Bros. Discovery
Ad Feedback