Hurricane Ian made landfall along the southwestern coast of Florida as a powerful Category 4 storm on Wednesday but has now weakened to a tropical storm. Still, it is one of the strongest hurricanes to make landfall on the west coast of the Florida peninsula and unleashed catastrophic floods and life-threatening storm surge. The monster storm has flooded roads and homes, uprooted trees, sent cars floating in the streets and left nearly 2.5 million homes and businesses without power as of this morning. Ian is on track to advance inland with strong winds and heavy rains expected in portions of Florida, Georgia, and the Carolinas over the next few days, the National Hurricane Center said.

The FDA is proposing changes to the nutrition standards that foods must meet before they can carry the “healthy” label on their packages. Foods that make the claim would need to have limits on individual nutrients like fat, saturated fat, cholesterol and sodium, and they must contain minimum amounts of vitamins A and C, calcium, iron, protein and dietary fiber. But since the “healthy” claim was first defined in 1994, the FDA said an update was needed to reflect changes in nutrition and dietary science. For example, certain cereals that have high amounts of added sugars still meet the definition of “healthy,” but salmon – which is high in beneficial polyunsaturated fat – does not. The FDA said the goal of the proposal is to help consumers improve their dietary patterns.

The mystery is over. After eight weeks of silence, two lucky people have come forward to claim their life-changing prize.

You may be in disbe-leaf at this man’s no-filter approach to communicating science.

‘The Bachelorette’ finale did not exactly end in happily ever after

Well, this is awkward. The dramatic two-part season finale didn’t end the way many viewers had hoped. Warning, spoilers are ahead.

In a deeply personal conversation with Anderson Cooper, “The Late Show” host opened up about losing his dad and two teen brothers in a plane crash.

That’s how many cancer survivors there were in the US as of January, according to a new report from the American Association for Cancer Research. More people are surviving cancer than ever before in the US due to declines in smoking and improvements in catching and treating cancer early, the report said.

– Federal Reserve Chairman Jerome Powell, during a news conference Wednesday after the Fed announced a third consecutive 75-basis-point rate hike. The decision marks the Fed’s toughest policy move since the 1980s to fight inflation. It will also likely cause economic pain for millions of American businesses and households by pushing up the cost of borrowing for things like homes, cars, and credit cards.

These Bears Put Your Household Items to the Test 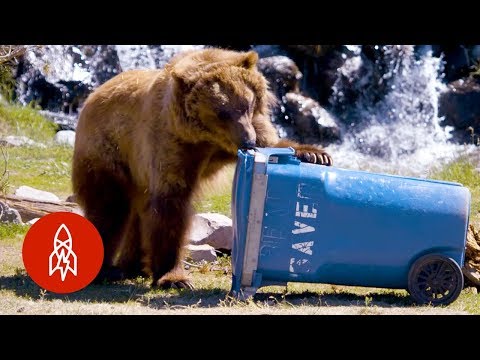 Before some trash cans and coolers are declared “bear-resistant,” the products are put to the test at centers like this one with 600-pound grizzlies! (Click here to view)