There are countless companies out there gloating about their environmental responsibility initiatives, but only one is going all in. The founder of Patagonia – which makes about $100 million per year selling outdoor apparel and equipment – said last week he’s transferring ownership of the company after nearly 50 years into two entities that will help fight the climate crisis. “We’re making Earth our only shareholder,” he said. “I am dead serious about saving this planet.”

• Prince William, Prince Harry and Queen Elizabeth II’s other grandchildren held a vigil beside her coffin on Saturday as the royal family prepares to bid farewell to the late monarch at her state funeral on Monday.

• Puerto Rico is bracing for Tropical Storm Fiona, which could strengthen into a hurricane by the time it hits the island today, bringing with it the threats of flooding and mudslides.

• About two million people in southwestern Japan have been ordered to evacuate ahead of a powerful typhoon forecast to hit the region today, according to public broadcaster NHK-World Japan.

• House Speaker Nancy Pelosi announced Saturday that she is leading a congressional delegation to Armenia this weekend, which her office said made her the highest-ranking US official to visit the country since its independence in 1991.

The state funeral for Queen Elizabeth II begins at 11 a.m. in London (6 a.m. ET). CNN will be airing special live coverage of all the ceremonial events beginning at 5 a.m. ET. World leaders, politicians, public figures and European royals, as well as more than 500 dignitaries from around the globe, are expected to descend on London to pay their last respects to Britain’s longest reigning monarch.

To get updates on the British Royal Family sent to your inbox, sign up for CNN’s Royal News newsletter here.

The midterm elections will officially be fewer than 50 days away and the final sprint to the November 8 finish line is underway. Here’s what we learned from a grueling primary season and what we might see come Election Day.

Federal Reserve policymakers will conclude their two-day meeting to determine the scope of the central bank’s next interest rate hike. A disappointing report on inflation last week has some analysts expecting the Fed to raise rates by a full percentage point, up from recent expectations of a third-straight three-quarter-point hike.

September 21 is also the UN’s International Day of Peace.

The autumnal equinox begins at about 9 p.m. on September 22, so grab a hot pumpkin spice beverage and go for a walk to “admire” your neighbors’ over-the-top Halloween decorations.

And it’s World Rhino Day, which is a great excuse to show you this adorable baby white rhino that was born last month.

Get your politics fix in podcast form

In this week’s One Thing podcast, CNN Chief Political Correspondent Dana Bash previews the midterm elections in November. She runs down what’s at stake, looks at the key issues, and examines how abortion is motivating voters on both sides of the aisle in Michigan. Listen here.

“The U.S. and the Holocaust” premieres the first episode of a three-part, six hour series tonight at 8 p.m. ET on PBS. This latest film from Ken Burns examines America’s inadequate response to one of the greatest humanitarian crises of the 20th century.

The second season of “Abbott Elementary” begins Wednesday at 9 p.m. ET on ABC with creator and star Quinta Brunson fresh off her Emmy win.

Disney+ debuts its latest “Star Wars” series “Andor” on Wednesday. “Andor,” which is actually a prequel to “Rogue One,” which was itself a prequel to “Episode IV: A New Hope,” tells the story of young Cassian Andor’s evolution from common thief to galactic martyr.

“Sidney” lands on Apple TV+ on Friday. The documentary, produced by Oprah Winfrey, looks back at Sidney Poitier’s life and groundbreaking career.

“Don’t Worry Darling,” directed by Olivia Wilde and starring Florence Pugh, Gemma Chan, Chris Pine and Harry Styles, opens on Friday. The movie is already getting a lot of attention.

Game 4 of the 2022 WNBA Finals airs today at 4 p.m. ET on ESPN. The Las Vegas Aces lead the Connecticut Sun 2-1 in the series and are one win away from the title. Connecticut needs to win at home to force a decisive Game 5 in Las Vegas on Tuesday.

Round 1 of the 2022 Presidents Cup begins Thursday at Quail Hollow Club in Charlotte, North Carolina. The biennial match play tournament pits the US team against an International Team representing the rest of the world (minus Europe… that’s the Ryder Cup).

Take CNN’s weekly news quiz to see how much you remember from the week that was! So far, 34% of fellow quiz fans have gotten eight or more questions right. How will you fare? 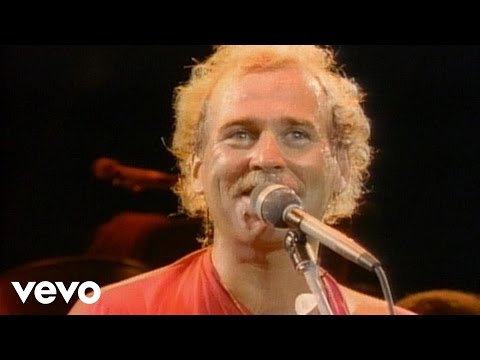 Did you know that today is National Cheeseburger Day? Now, before our inbox gets inundated with comments about eating responsibly, all meat alternatives are welcome at the table! And now, a little grilling music please… (Click here to view)