Major cities in Ukraine were attacked by Russian forces today as evacuations continue in several parts of the country. More than 100,000 people have been evacuated in the past two days as the threat of Russian bomb strikes remains an ongoing concern for Ukrainians. Russia has been using its neighbor Belarus as a springboard for many of its air operations in Ukraine, but the Russian army appears to be facing difficulties on the ground, “particularly in the logistical field and in the field of intelligence,” a French military spokesman said. In the US, patience is running thin on Capitol Hill, with Republicans – and even some Democrats – challenging the Biden administration to go further to help Ukraine. Sources say President Joe Biden plans to announce today that the US, along with the G7 and European Union, will call for revoking “most favored nation” status for Russia – a retraction of permanent normal trade relations.

Ukrainian officials say the entire region of Kharkiv was without electricity today, citing “insidious shelling by Russian [forces]” as the cause. While Ukraine has claimed major territorial gains in the Kharkiv region since the beginning of the month, various challenges remain to restore parts of the region to Ukrainian control. Meanwhile, deputies from 18 municipal districts in Moscow, St. Petersburg and Kolpino called for Russian President Vladimir Putin’s resignation, according to a petition with a list of signatures shared on Twitter Monday. “We, the municipal deputies of Russia, believe that the actions of its president Vladimir Putin are detrimental to Russia’s and its citizens’ future,” the petition said.

Here’s who took home the most awards at the 74th Emmy Awards, celebrating the best in television. (Pro-tip: If you’re looking for a new binge-worthy show, this list is for you.)

Apple released its latest software upgrade that allows you to personalize your iPhone’s lock screens. Check out what else you can do with iOS 16.

Your dinner table is ready… and it’s a window seat on the 123rd floor. What do you think about the view?

150-million-year-old dinosaur skeleton will be auctioned in Paris

A paleontology expert said fossil collectors have been asking for “a dinosaur that can fit my living room.” Well, here it is – colossal price tag and all.

These three children have a rare genetic condition that causes a loss or decline in vision over time. So, their parents came up with a brilliant idea: Travel the world now to store up “visual memories” for later.

French-Swiss director, Jean-Luc Godard – a key figure in the Nouvelle Vague, the film-making movement that revolutionized cinema in the late 1950s and 60s – has died aged 91, French media is reporting. French President Emmanuel Macron tweeted a tribute to the director, writing the country has lost a “national treasure.”

That’s how many days NASA is pushing back the next launch attempt for its Artemis I mega moon rocket, moving the new target launch date to September 27 from September 23. The space agency said Monday it is still working through an issue with the rocket after it sprung a leak during the last launch attempt at the Kennedy Space Center in Florida on Saturday, September 3. A potential backup launch date for October 2 is also “under review,” according to NASA.

–President Joe Biden, delivering a speech Monday focused on his “Moonshot” initiative to reduce cancer deaths in the US by at least 50% in the next 25 years. Biden – who lost his son to brain cancer – called the goal “completely doable” and said he would use his authority to increase funding for cancer research. Biden’s speech came on the 60th anniversary of former President John F. Kennedy’s original “Moonshot” speech, in which he unveiled his goal of landing a man on the moon.

Before Alarm Clocks, There Were ‘Knocker-Uppers’ 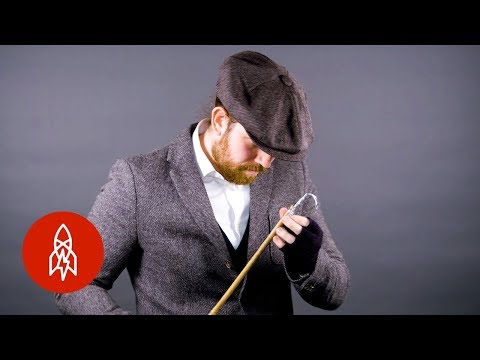 Before alarm clocks were created, people known as “knocker-uppers” were paid to stroll around cities and wake people up. (Click here to view)