You can’t predict the future, but you can do your best to prepare for it. According to a survey of more than 1,100 US retirees, 70% of respondents wished their younger selves would have saved more and started earlier to create bigger nest eggs for retirement.

NASA has postponed the launch of Artemis I into space. The launch team discovered an issue with an engine bleed in one of the rocket’s four engines. During engine bleeds, hydrogen is cycled through the engine to condition it for launch. Three of the four engines were performing as expected, but engine #3 was experiencing an issue. The uncrewed Artemis I mission had been scheduled to lift off today between 8:33 a.m. and 10:33 a.m. ET from NASA’s Kennedy Space Center in Florida, but several issues cropped up after the rocket began fueling after midnight. The next launch window is September 2. The last crewed landing on the moon, Apollo 17, took place in 1972.

The January 6 committee investigating the insurrection at the US Capitol plans to draw attention today to former President Donald Trump’s effort to use the Justice Department to bolster his attempts to overturn the results of the 2020 presidential election. Three top officials who led the Justice Department in the final days of the Trump administration will testify at today’s hearing about how the former President and his allies sought to enlist the department to give their baseless fraud allegations credibility, according to committee aides. The officials will also make a case that Trump considered replacing the acting attorney general with an official who bought into his claims of fraud, committee aides said. Separately, the Justice Department has subpoenaed the Georgia Republican Party chairman for information related to the Trump campaign’s fake elector scheme.

The Senate is poised to take a critical vote today to advance a major bipartisan gun safety bill toward final passage. House Republican leaders, however, are lining up in opposition to the legislation. But even with House GOP leaders opposing the bill, some Republican members have already indicated they plan to vote for it, and the Democrat-controlled House is expected to be able to pass the legislation once it passes in the Senate. If passed, it would be the most significant new federal legislation to address gun violence since the expired 10-year assault weapons ban of 1994 – though it fails to ban any weapons and falls far short of what Democrats and polls show most Americans want to see.

Uvalde school district police chief Pedro Arredondo was suspended on Wednesday after weeks of brewing anger over his department’s botched response to the mass shooting at Robb Elementary School nearly a month ago. Arredondo and responding law enforcement agencies have faced fierce criticism over the length of time officers waited in a hallway outside adjoining classrooms at the school where an 18-year-old gunman and the victims were located. The gunman fired at officers in the first minutes of the incident – with two receiving grazing wounds – according to an updated timeline from the Texas Department of Public Safety. Yet more than 70 minutes would elapse before the gunman was shot and killed by officers who stormed the room. This week, the top Texas official in charge of the investigation described the response as an “abject failure.”

A new study suggests coronavirus subvariants BA.4 and BA.5 appear to escape antibody responses from vaccination and prior infection. The levels of antibodies that a previous infection or vaccinations would provide are several times lower against these two subvariants compared with the original coronavirus, according to new data published Wednesday in the New England Journal of Medicine. However, Covid-19 vaccination is still expected to provide substantial protection against severe disease, and vaccine makers are working on updated shots that might elicit a stronger immune response against the variants. BA.4 and BA.5 are the fastest-spreading variants reported to date and caused an estimated 35% of new Covid-19 infections in the US last week, recent data shows.

Eagle appears to clutch baby hawk for dinner, then decides to adopt it

Some of the world’s most popular artists were recognized at the MTV Video Music Awards on Sunday. Here are the stars who took home shiny new trophies and stunned us with their dazzling runway looks.

For some, alligators are seen as cold-blooded creatures. But one man sees his pet gator as a companion – and even walks it on a leash.

If there’s a “Father of the Year” award, this man deserves to be a contender. Watch this heartwarming video of a dad who dressed up to match his young daughter at a Harry Styles concert.

Check out the surprising backstory of how the 99-cent beverage got its name.

Here’s how you can calmly handle common household headaches

Unexpected plumbing leaks and appliance breakdowns can be extremely stressful. But don’t worry, CNN made a list of solutions to frequent household problems so you can feel better prepared when these issues arise.

That’s how much a Mickey Mantle baseball card from 1952 sold for at auction on Sunday, making it the most valuable sports collectible in the world, according to Heritage Auctions. Mantle spent 17 years playing for the New York Yankees and was inducted into the Baseball Hall of Fame in 1974. The record-breaking baseball card is from his rookie season and is especially valuable because it’s so well-preserved, the auction house said.

“You know what’s worse than high inflation and low unemployment? It’s high inflation with a recession and millions of people out of work. I hope you consider that before you drive this economy off a cliff.”

– Republican Gov. Chris Sununu of New Hampshire, calling on President Joe Biden to apologize for suggesting that the driving force behind some GOP supporters of former President Donald Trump was akin to “semi-fascism.” In an interview with CNN on Sunday, Sununu said Republican voters should be insulted by Biden’s latest jabs against Trump, which have grown distinctly sharper as November’s midterm elections approach. This comes after Biden last week offered one of his sharpest rebukes of Republicans who have remained loyal to Trump and his MAGA credo. 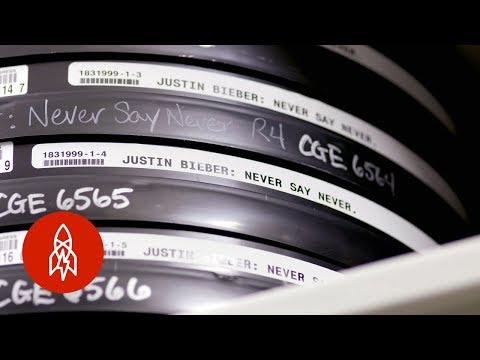 This Saturday, movie theaters across the US are offering tickets for just $3 in celebration of National Cinema Day. Also, did you know that America’s movie archive is located in an underground bunker in Virginia? Take a look inside! (Click here to view)