A federal jury awarded $31 million in damages after finding the Los Angeles County Sheriff and Fire departments liable for infringing on the constitutional rights of Vanessa Bryant and co-plaintiff Christopher Chester, who each lost a spouse and daughter in the helicopter crash in January 2020. Bryant was awarded $16 million in damages and Chris Chester was awarded $15 million. The lawsuit said LA County deputies and firefighters took photos of not just wreckage from the helicopter, but also the mangled bodies of those killed – including NBA star Kobe Bryant, his daughter Gianna, Chester’s wife Sarah, his daughter Payton and five others. Bryant and Chester testified they live in fear the photos may surface, despite LA County’s assertion each picture had been destroyed.

Ukrainian officials said at least 25 people were killed in an attack on a train station as Russia conducted missile strikes across Ukraine on Wednesday. The attack was one of several Russian strikes carried out in the region on Ukrainian Independence Day. Also on Wednesday, the US said it will provide Ukraine with counter-unmanned aerial systems “to shoot missiles out of the sky.” Separately, Russia’s defense minister today said Russian authorities will provide the necessary assistance for an inspection of the Zaporizhzhia nuclear plant. Western leaders and several other officials have stressed the need for the United Nations nuclear watchdog to visit the plant in southeastern Ukraine, where shelling has sparked fears of a potential disaster.

This 10-month-old elephant at the Fort Worth Zoo is 1,090 pounds of cuteness. Watch the adorable video here.

At 55, Nicole Kidman remains one of fashion’s biggest risk-takers

While this may not matter to some consumers, this temporary dairy contamination can be dangerous to those with allergies.

Inside Flightradar24, the website that tracks every plane in the sky

This website was founded “completely by accident.” Now, it tracks the real-time movements of more than 200,000 planes every day.

Get your costumes early. Halloween celebrations are anticipated to return with pre-pandemic fervor.

Legendary Vietnam War photographer Tim Page died Wednesday in Australia at the age of 78, fellow journalist Ben Bohane confirmed to CNN. Page was one of a corps of young freelance journalists who would hop on US military helicopters to photograph some of the most intense action of the conflict. Page had cancer, according to Bohane.

That’s the age of Mack Rutherford, the youngest person to fly around the world solo in a small aircraft, according to Guinness World Records. The British-Belgian national set the world record Wednesday after landing in the Bulgarian capital of Sofia, where his journey began on March 23. His route spanned 52 countries across five continents. Inspired to fly by his family, the teenager was just 15 years old when he received his first pilot’s license.

– First lady Jill Biden, sharing a photo of her isolating with her cat after testing positive Wednesday for a rebound case of Covid-19. Biden, who is currently in Rehoboth Beach, Delaware, previously tested positive on August 15. The first lady has not had a reemergence of symptoms, her deputy communications director Kelsey Donohue told CNN. 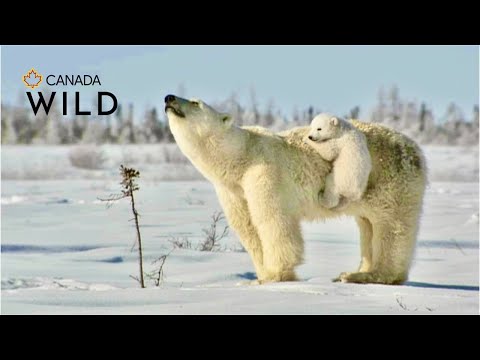 Sleep barely exists when you have newborns. Watch these cute polar bear cubs climb on their mother while she’s trying to sleep. (Click here to view)