If a hurricane is headed your way, don’t panic. There are many steps you can take to protect yourself, your loved ones and your property. To help you get started, CNN created this downloadable checklist for those who may end up in the path of a dangerous storm.

Russian President Vladimir Putin’s threat of using nuclear weapons in his invasion of Ukraine “could be a reality,” Ukrainian President Volodymyr Zelensky said in a CBS interview that aired on Sunday. “I don’t think he’s bluffing,” he added. Zelensky’s comments come just days after Putin raised the specter of nuclear war during an address last week. In Russia, heated protests have erupted following Putin’s mobilization announcement. More than 2,350 people have since been detained, according to an independent monitoring group, as Putin has made wartime punishments for various offenses more severe amid increasing opposition to the invasion.

A NASA spacecraft will deliberately slam into an asteroid today to determine if this kind of mission can help deflect space objects posing a threat to Earth. The NASA Double Asteroid Redirection Test – or DART– aims to make history today at 7:14 p.m. ET when it makes impact with the asteroid. The DART spacecraft is about the size of a school bus and has been traveling to reach its target since launching in November 2021. The spacecraft is also carrying an imager that will share a live stream of photos as it nears the asteroid, providing a video-like experience for viewers. A live broadcast will kick off on NASA’s website beginning at 6 p.m. ET today, and it will last until 7:30 p.m. ET. Then, the space agency will hold a post-event briefing to discuss what happened.

Many Americans are bracing for the cold reality that they will have to shell out more money this year to keep their homes warm during the winter. Families are expected to pay an average of 17.2% more for home heat this coming season, compared to last winter, according to the National Energy Assistance Directors Association. This brings the two-year hike to more than 35%. Those who heat their homes with natural gas are facing the largest spike, with their costs expected to soar 34.3% to $952 for the season, the association said. Heating oil is expected to jump 12.8% to $2,115. And those whose heat runs on electricity can expect to see a nearly 7% increase to $1,328. Some people may not realize that energy bills will be costlier this winter, especially since gasoline prices had been falling for months.

Giorgia Meloni has claimed victory in a general election that seems set to install her as Italy’s first female prime minister, leading the most far-right government since the fall of Benito Mussolini. “Starting tomorrow we have to show our value… Italians chose us, and we will not betray it, as we never have,” Meloni said. A 45-year-old mother from Rome, Meloni is deeply conservative, openly anti-LGBTQ, and has threatened to place same-sex unions, which were legalized in Italy in 2016, under review. She has also called abortion a “tragedy,” raising fears for the future of women’s rights in the country. Meloni entered Italy’s crowded political scene in 2006 and co-founded the Brothers of Italy in 2012, a party whose agenda is rooted in Euroskepticism and anti-immigration policies.

“We’re selling the house.” Watch actor Will Smith encounter a massive creepy crawler walking through one of his rooms. Eeeek.

Prince William, Kate and their three children are moving out of London and into a four-bedroom house to live a more “normal” family life.

“Missed you guys.” It’s uncommon for NFL players to leave during preseason training camp, but of course, exceptions can be made if you’re Tom Brady.

The ending of the recent animated film “Minions: The Rise of Gru” looks a little different in China. Here’s why.

Check out this interesting place where you’ll find tiny replicas of some of the world’s most popular destinations: Venice, Machu Picchu and Las Vegas, to name just a few.

That’s how many US flights were canceled nationwide on Monday, according to the flight tracking website FlightAware. Dallas-Fort Worth International Airport has been particularly hard hit after hundreds of flights to and from the area were canceled due to heavy rains and flooding. The major flood threat will begin to subside in the region today as the storms shift eastward toward Louisiana and Mississippi.

“If he is the nominee, I won’t be a Republican.”

– Former President Donald Trump’s legal team, asking a federal judge to appoint a “special master” – a third-party attorney – to ensure the Justice Department returns any of Trump’s private documents seized during the search of his Mar-a-Lago residence two weeks ago. According to the new lawsuit filed on Monday, the former President argues his constitutional rights were violated and that there may have been privileged materials seized. The new suit marks the first legal filing by Trump’s team after FBI agents carried out their search on August 8. 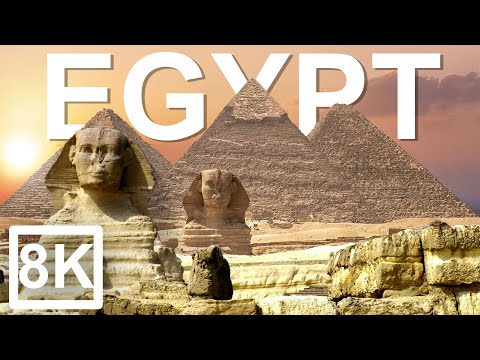 This high-definition video of Egypt may actually make you feel like you’re sightseeing amid the pyramids and temples. Enjoy! (Click here to view)