A raging wildfire has forced thousands of people to evacuate rural communities near California’s Yosemite National Park. The fire, which remains 0% contained as of Monday morning, has charred more than 15,000 acres in central California’s Mariposa County, officials said. California Gov. Gavin Newsom declared a state of emergency for the region, which frees additional resources to battle the fire. About 2,500 personnel are working to help extinguish the blaze, which has been burning since Friday and has destroyed at least 10 structures and damaged five others. The wildfire comes as much of the US has been experiencing sweltering heat and worsening drought conditions fueled by climate change.

This intense footage shows a group of masked men stealing more than $2 million in diamond jewelry. Watch the video here.

The mattress brand is hiring people to sleep for a living. And yes, the dress code is pajamas.

Sunday’s Seattle Storm game was the last for WNBA superstar Sue Bird. Watch some highlights from her touching send-off here.

The only pan every cook needs

It doesn’t matter if you’re an amateur foodie or a culinary genius… this piece of cookware should always be in your kitchen.

Like fine wine, these models got even better with time. Check out the stunning before and after photos taken years apart.

Actor Roger E. Mosley, best known for his role as the helicopter pilot Theodore “TC” Calvin on the 1980s hit show “Magnum, P.I.,” died Sunday, his daughter announced. He was 83. Mosley was injured in a car crash last week that had left him paralyzed from the shoulders down and in critical condition. Mosley starred in more than 150 episodes of “Magnum, P.I.” alongside Tom Selleck in the crime-adventure series, which aired for eight seasons from 1980 until 1988.

That’s the length of Google Equiano, an underwater internet cable designed to deliver high-speed broadband along the west coast of Africa. Running for thousands of miles along the bottom of the sea from Portugal to South Africa, sources say the cable could increase internet speeds more than fivefold in some countries beginning in early 2023. The project, financed by Google, intends to help close the digital divide across the continent where internet access remains highly uneven.

– A source close to Anne Heche, telling CNN on Saturday that the actress is recovering after the car she was driving crashed into a Los Angeles home on Friday and became engulfed in flames. A representative for Heche said Sunday she is in stable condition. Heche first rose to fame for her role in the soap opera “Another World.” She was also thrust into the media spotlight for her romantic relationship with Ellen DeGeneres in the late ’90s.

Extreme Cup Challenge! Can My Cats Cross the Course? | Kittisaurus 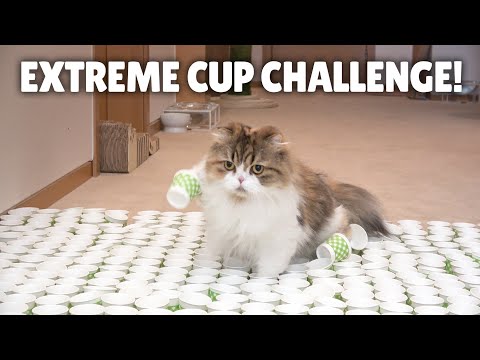 In honor of the feline holiday, watch these cats take part in an extreme cup challenge. And remember, your day is only as pawsitive as you make it. Have a great one! (Click here to view)