The world’s shortest international commercial flight is only eight minutes from takeoff to landing. Can you guess where? Hint: It’s tropical! Here’s what else you need to know to Start Your Week Smart.

• Ukraine says it recorded more than 100 truce violations in the east after a day of heavy weapons fire that saw fears of a Russian invasion mount.

• Millions of Americans will be forced into an involuntary polar plunge this week.

• The Pittsburgh Steelers hired Brian Flores, who is suing the NFL for racial discrimination, as assistant coach.

President Biden will travel to Madrid, Spain, for the 2022 NATO Summit – another alliance that has been aiding Ukraine amid Russia’s ongoing invasion. Ukrainian President Volodymyr Zelensky is expected to virtually address both the G7 and NATO summits.

And it’s also the start of Elvis Week in Memphis, Tennessee.

Wednesday is National Wine Day! Whether it’s red, white, rose or sparkling, find time to relax and curl up with your favorite glass. Cheers!

Friday is the traditional getaway day for many people heading into the July 4 holiday weekend. And if you’re planning to hit the highway, you won’t be alone. AAA is predicting that 42 million Americans – more than ever – will take a road trip of 50 miles or more.

May 21 is Armed Forces Day, a holiday observed in some areas of the US to honor all branches of the armed forces.

This week on the Sunday edition of the 5 Things podcast, CNN’s Don Lemon reflects on Trayvon Martin’s death as we approach the 10th anniversary. He examines why the killing initially struggled to make headlines, traces the rise of the “Black Lives Matter” movement in the decade since, and shares why his conversations with Martin’s mother are among the most powerful interviews he’s ever done. Listen here!

Take a look at other moving, fascinating and thought-provoking images from the week that was, curated by CNN Photos.

This new series from Amazon puts a contemporary spin on the beloved 1992 movie, placing more emphasis on sexuality and race as key issues. “A League of Their Own” begins streaming on Amazon Prime Video on Friday.

Jamie Foxx stars in this action/horror/comedy flick as a blue-collar dad who just wants to provide a good life for his daughter, but his mundane pool cleaning job is a front for his real source of income – hunting and killing vampires. “Day Shift” begins streaming on Netflix on Friday.

Two best friends who like to climb. One 2,000-foot tall abandoned radio tower in the middle of nowhere. What could possibly go wrong? “Fall” drops into theaters on Friday.

This HBO documentary is an “intimate and immersive” look at the life of Princess Diana, who died 25 years ago this month. “The Princess” will premiere at 8:00 p.m. ET/PT on Saturday. HBO, like CNN, is part of Warner Bros. Discovery.

Last summer, the Chicago White Sox and the New York Yankees played a regular season game in Dyersville, Iowa, next to the historic filming site of the 1989 baseball movie, “Field of Dreams.” On Thursday, the Chicago Cubs and the Cincinnati Reds will emerge from the cornstalks to play the second edition of the MLB at Field of Dreams Game. The first pitch is set for 7:15 p.m. ET.

Take CNN’s Presidents’ Day quiz to see how well you know US presidents! So far, 10% of fellow quiz fans have gotten an 8 out of 10 or better this week. How well can you do? 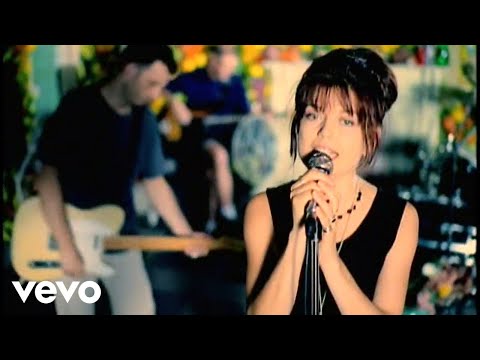 In honor of the upcoming hearing on UFOs later this week, travel back in time – and into space – with this ’70s classic from the incomparable David Bowie. (Click here to view)

Some days it can be a bit of a struggle to find the right song to go out on. But on other days – like this Sunday in the summertime – a song finds you. (Click here to view)