In 2022, it’s not uncommon to be surrounded by gadgets can turn on your lights, remind you of an appointment or track your sleep. But how far is too far? Some technology experts say Amazon’s new list of updates shows how prevalent surveillance products are in every corner of our homes with the apparent goal of making life a little easier.

The Supreme Court’s new term begins today with a slate of historic cases to be decided over the next several months. On Tuesday, the court will hear a challenge to the historic Voting Rights Act that bars voting rules that discriminate on the basis of race. Race will also be a central theme when the court considers affirmative action in college admissions, or whether institutions of higher education can take race into consideration as a factor when admitting applicants. Also notable is the court’s newest member – Justice Ketanji Brown Jackson – who will take her seat on the bench for oral arguments today. Although Jackson was administered her official oaths last spring, her investiture ceremony sealed her position as the first Black woman on the bench last week.

Brazil’s heated presidential election will go to a second round after no candidate got more than more than 50% of the vote. With more than 99% of the vote counted late Sunday, results released by Brazil’s Electoral Superior Court showed left-wing candidate and former President Luiz Inácio “Lula” da Silva held a slight lead over right-wing incumbent President Jair Bolsonaro – but not enough to cross the threshold to victory. The latest official count put Lula ahead with 48.4% of the vote versus 43.2% for Bolsonaro, a divisive figure often referred to as the “Trump of the Tropics.” This comes after more than 123 million Brazilians waited in long lines to vote in the world’s fourth largest democracy, while another 32 million abstained.

United Airlines is suspending service at New York’s JFK Airport, saying its schedule there is too small to remain competitive. In a note shared with CNN Business, the airline said the start of the winter season, when more airlines resume flying to and from JFK, contributed to its “difficult decision.” United has been negotiating with the FAA to acquire additional slots, or takeoff and landing authorizations, at JFK and has been advocating for the agency to update its assessment of the airport’s capacity. But United said these improvements will take time. As for the airline’s employees, United says that the 100 employees who work at JFK won’t lose their jobs and instead be transferred to nearby locations.

Old Europe Cheese, Inc. is issuing a voluntary recall of its Brie and Camembert cheeses because of a possible outbreak of listeria, according to FDA. Affected cheeses were sold at about a dozen major retailers in the US and Mexico between August 1 and September 28, 2022. Retailers who likely sold the recalled cheeses include Albertsons, Safeway, Meijer, Harding’s, Shaw’s, Price Chopper, Market Basket, Raley’s, Save Mart, Giant Foods, Stop & Shop, Fresh Thyme, Lidl, Sprouts, Athenian Foods and Whole Foods, the company said. The FDA is advising consumers who may have purchased any of the products to discard them, as well as use extra vigilance in sanitizing any surfaces that may have come into contact with the products.

Give this reporter a trophy for handling the awkward incident so well… actually, a plaque would be even better. Watch the funny moment here.

Not many people can say they got married on the South Lawn! Meet the lovely couple and learn more about their nuptial plans.

Two meteor showers will light up the night sky this weekend

This one is for the night sky watchers. You may have a chance to catch a beautiful sight this weekend. Here’s how to watch.

This veteran basketball player said he wants to play in the NBA next season but is ready to make a transition to wrestling if that doesn’t happen.

Keeping dogs and their senior owners together

Meet a thoughtful hero who’s helping seniors care for their pets when times get challenging. Watch the heartwarming video here.

Which pop star will perform at next year’s Super Bowl LVII Halftime Show?

That’s the jackpot for the Mega Millions lottery drawing today, making it the second-largest prize in the 20-year history of the game. The cash value option of Friday’s jackpot is $648.2 million, according to a news release. Mega Millions tickets are sold in 45 states, Washington, DC, and the US Virgin Islands. The drawing will occur today at 11 p.m. ET.

– A group of former Republican and Democratic officials, on forming a new political party called Forward, in an attempt to appeal to what they call the “moderate, common-sense majority.” The group – David Jolly, Christine Todd Whitman and Andrew Yang – wrote in a Washington Post op-ed that they will merge their political organizations into the new party and will seek ballot access to run candidates in the 2024 election. Jolly is a former Republican congressman from Florida, Whitman is a former Republican governor of New Jersey and Yang is a former Democratic presidential and New York mayoral candidate. 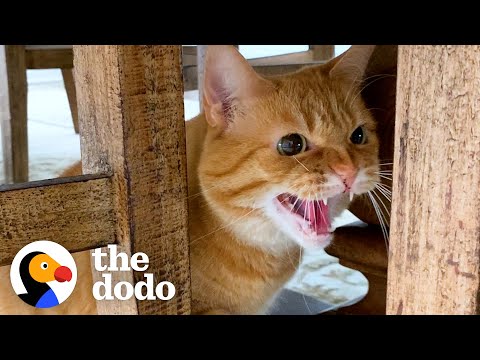 Look over the cliffs of Victoria Falls

Beware of the grumpy kitty! This hilarious cat is not a fan of most people – especially children. (Click here to view)