Sen. Kyrsten Sinema says she will “move forward” with Democrats’ sweeping economic package, signaling key support that could give the party enough votes to push the bill through the Senate and on to the House for final approval. The Inflation Reduction Act is much slimmer than President Joe Biden’s initial Build Back Better bill, but it would still represent the largest investment in energy and climate programs in US history. It would also extend expiring health care subsidies for three years and give Medicare the power to negotiate prescription drug prices. New taxes would help pay for it all. Senate Majority Leader Chuck Schumer says the final version of the bill will be introduced on Saturday. It will also have to be reviewed by the Senate parliamentarian, who will decide whether the bill is eligible for the filibuster-proof budget process that will allow Democrats to pass it along party lines.

WNBA star Brittney Griner was sentenced to nine years of jail time by a Russian court after being convicted on Thursday of deliberately smuggling drugs into the country. The case has raised concerns that Griner is being used as a pawn in Russia’s war with Ukraine. President Biden called the sentence “unacceptable” and said his administration would work to secure Griner’s release. Now, Russia has indicated it is ready to discuss a prisoner swap for Griner and another American, Paul Whelan, who has been wrongfully detained in Russia since 2018. There has already been movement in the negotiation process, but that could accelerate in the coming days now that Griner has been sentenced. Griner was arrested at a Moscow airport six months ago and accused by Russian prosecutors of trying to smuggle less than 1 gram of cannabis oil in her luggage.

Four current and former Louisville police officers have been federally charged with civil rights violations, unlawful conspiracies, unconstitutional use of force and obstruction in relation to the deadly raid on the home of Breonna Taylor in 2020. Court documents and comments from Attorney General Merrick Garland lay out the particulars: Former Detective Joshua Jaynes, Detective Kelly Goodlett and Sgt. Kyle Meany are accused of submitting a false affidavit to search Taylor’s home, and conspiring to cover up their actions afterward by creating more false information. Ex-detective Brett Hankison also faces charges. Taylor, a 26-year-old emergency room technician, was shot and killed in her apartment during a flawed forced-entry raid in March of 2020. Her death, along with the deaths of several other Black citizens at the time, sparked a summer of protests calling for justice reform.

The Biden administration has declared monkeypox a public health emergency. The designation will allow for more attention and resources to go toward mitigating the virus. The White House has named a national monkeypox coordinator, and health officials are now considering whether to change the way the monkeypox vaccine is administered to allow for smaller but equally effective doses. Since the first US monkeypox case was identified in mid-May, more than 6,600 probable or confirmed cases have been detected in the United States. Cases have been identified in every state except Montana and Wyoming. The Biden administration has been heavily criticized for waiting so long to formally address the outbreak as an emergency.

Anti-UN protests have been raging in the Democratic Republic of the Congo since July 25. Protesters are demanding the withdrawal of UN forces that have been present in the country for nearly two decades. The mission of the UN’s presence was to keep the peace in volatile areas teeming with armed militias. However, locals say the peacekeepers have overstayed their welcome, and have failed to rein in the rebel groups or prevent their attacks against civilians. Since the latest wave of unrest, UN peacekeepers in the country have been accused of using violent force against citizens. As of last November, over 12,000 troops and more than 1,600 police officers have been deployed in the DRC as part of the UN’s mission there.

Video Ad Feedback
02:46 - Source: CNN
A huge win after a long fight for equal pay for the women of US soccer

He’s following in the footsteps of his older sister, the youngest woman to fly around the world at age 19. What a cool family!

This unusual new superyacht concept has a giant glass eye

Introducing the extravagant 110-meter vessel, Zion. (But it would have been clever to name it Cyclops. Just saying!)

Say goodbye to bland spaghetti. Check out this quick video to learn how to elevate your pasta sauce to the next level. Deliziosa!

Wingstop could soon raise its own chickens

When there are supply chain issues, become your own supplier. That’s the company’s potential solution to reduce food supply costs amid high demand.

The Ringling Bros. circus is returning next year – without elephants

The iconic traveling circus is being revived less than a decade after it shuttered, but with a few big changes under the big top.

That’s how many North Korean cargo planes flew to China and back on Monday as the country battles a fast-spreading outbreak of Covid-19. While it is unknown what the planes were carrying, the rare trip came after China pledged to help North Korea with its outbreak, which experts have warned could cause a major humanitarian crisis in the isolated and impoverished nation. North Korea officially confirmed its first Covid cases last week. The country had not previously acknowledged any cases, and has kept its borders tightly shut since January 2020.

“Whether you want to blame politicians and officials for mismanagement, or the public for not conserving water, it does not matter anymore. Pointing fingers will help no one. The bottom line is we are in a crisis and there is very little we can do anymore.”

– Pop superstar Taylor Swift, delivering a commencement speech at New York University’s 2022 graduation ceremony. Swift received an honorary “Doctor of Fine Arts” degree from the university. She was first announced as the commencement speaker for NYU back in March to mass excitement from fans of the 11-time Grammy winner. Some people even tried to buy tickets to the ceremony from graduating students. 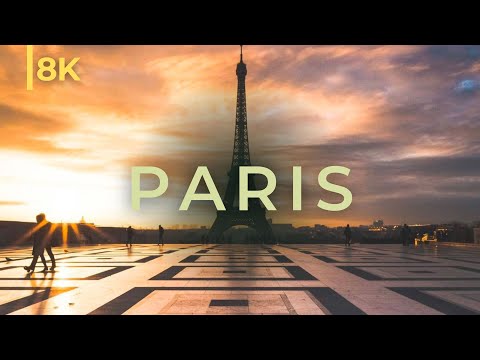 Have a colorful weekend!

Sip your coffee and enjoy this time lapse of one of the most stunning cities in the world. Let’s call it a virtual vacation! Bon voyage! (Click here to view)