This hero doctor charged a gunman at a church service and prevented further bloodshed, officials say

A California family and sports medicine doctor with a deep interest in building community was praised as a hero after he died confronting a gunman at a church service Sunday.

Dr. John Cheng, 52, was the lone person killed in the mass shooting at the Geneva Presbyterian Church, where a Taiwanese church held services, in Laguna Woods, California. Five others were wounded by gunfire – and if not for Cheng’s efforts, the bloodshed could have been worse.

“Dr. Cheng is a hero in this incident,” Orange County Sheriff Donald Barnes said Monday. “Without the actions of Dr. Cheng, it is no doubt that there would have been numerous additional victims in this crime.”

The shooting occurred during a lunch reception of largely elderly congregants to celebrate a Taiwanese pastor’s return from a mission trip in Taiwan, Barnes said. Cheng attended the lunch with his recently widowed mother.

During the reception, a 68-year-old man identified as David Chou entered and began shooting at people, the sheriff said.

Cheng launched into action and tackled the man, allowing other church members to jointly disarm and detain him, the sheriff said. The pastor, Billy Chang, struck the gunman with a chair, and others hogtied the man with an extension cord and took at least two handguns from him, officials said.

“That group of churchgoers displayed what we believe is exceptional heroism in interfering or intervening to stop the suspect,” Undersheriff Jeff Hallock said.

In a letter provided to CNN from a parishioner, Chang called for prayers for Cheng’s family, the congregation and those injured. The pastor described in harrowing detail how the attack unfolded.

“We were standing on the podium, taking photos with friends, witnessing the shooter aiming and firing,” Chang wrote. At first, he thought it was a toy gun and the person was “playing a trick, no need to take cover.” Once he fully realized what was happening, Chang said the shooter was only about 10-15 steps away.

Chang says he rushed from the podium and picked up a chair. He writes the shooter turned “to resist my attack” and fell with the gun dropping by his side.

“To prevent him from picking up the gun, I pressed him and his hand with my body, and calling loudly for help,” he writes. Four people came to assist and used electrical cords as they couldn’t find any rope.

To his “heart-breaking sorrow,” Chang saw Cheng lying still on the floor with bullet wounds in his back.

“If that event had not occurred, in other words, if the gun had not jammed, that suspect, Mr. Chou, he was ready to kill everybody in that church,” he said.

Cheng sustained multiple gunshot wounds and was pronounced dead at the scene. Five others were hurt: four men aged 66, 75, 82 and 92, and an 86-year-old woman.

Chou, the lone suspect, lived in Las Vegas and was a US citizen who immigrated from China years ago, according to Barnes. He had secured the doors of the church from the inside using chains and super glue, and he also had a bag of Molotov cocktails and a bag of extra ammunition, officials said.

Officials described the attack as politically motivated and said Chou was upset about political tensions between China and Taiwan. He has been charged with murder and nine other counts, Spitzer said.

Dr. Cheng was inspired by his father’s work in small-town Texas 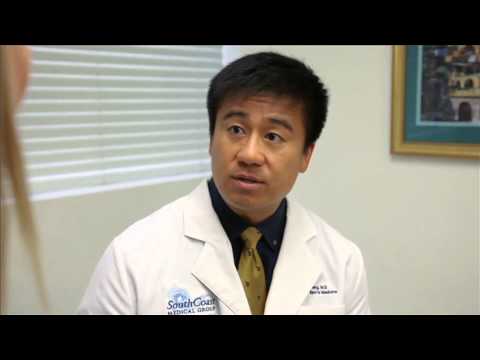 Dr. Cheng, who leaves behind a wife and two kids, including one soon to graduate high school, worked as a family and sports medicine physician at the South Coast Medical Group in Aliso Viejo, California. The group did not respond to a request for comment.

In a 2012 YouTube video on his professional website, Cheng spoke in a calm and comforting tone about how his father’s work as a doctor in a small town in Texas inspired him to join the medical field.

“I saw the care that my father imbued on his patients in a small community in East Texas, and I saw the community rally around him and embrace him in the community, and I love that,” he said. “It’s those small-town values that were ingrained in me when I was younger that really help create this sense of community, and in this modern society, in modern times, we miss a lot of that.”

“That patient-doctor relationship is very special, so you get to know a lot about the patient, their family and the community they live in,” he continued. “What’s beautiful is that I live in the same community.”

He said people reacted positively to his personalized bedside manner.

“Patients will oftentimes come in and at the end of the visit, they say, ‘You know what Dr. Cheng? You’re the first doctor that has actually ever really listened to me,’” he said.

His focus on sports medicine put him in touch with high-level athletes, weekend warriors and aspiring athletes, he said. Yet, he always kept the focus on the importance of community.

Dr. Cheng had been a member of Kingdom Covenant Church in Orange County for over 12 years, Pastor Ira Angustain told CNN.

“He was kind, generous and fun-loving. He loved God and his family with a passion. My wife and I and our church body were so honored to have Dr. John as a part of our congregation. Dr. John made me a better pastor, friend, and person just by having him in my life, this is not hyperbole,” Angustain said.

Cheng had a wonderful smile and kind demeanor, the pastor said.

“I am proud to say I was his pastor. He is a true hero. Everyone needs a Dr. John in their lives,” he said.

His patients similarly praised him for his work in the doctor’s office and at the church.

Spitzer, the district attorney, said a mass in Dr. Cheng’s honor is set for 2 p.m. Tuesday.

CNN’s Caroll Alvarado and Stephanie Elam contributed to this report.