The US job market has not yet fully recovered from the pandemic, but things appear to be turning around. Despite a record number of Americans quitting their jobs, hiring is outpacing quits in every sector. And experts broadly attribute employees’ exits to the potential for better opportunities.

Ten people were killed in a racially motivated mass shooting in Buffalo, New York, on Saturday afternoon. Details are emerging of a racist manifesto allegedly written by the 18-year-old White man suspected of traveling nearly 200 miles from his home to attack a predominantly Black neighborhood. The gunman opened fire outside a Tops Friendly Markets store, shooting and killing several people in the parking lot before entering the building. He exchanged gunfire with an armed security guard – who was killed – and shot more individuals inside, then exited and surrendered to police. The suspect, Payton Gendron, was taken into custody and is currently under suicide watch, Erie County Sheriff John C. Garcia said. He was charged with first-degree murder and pleaded not guilty in court, officials said. President Joe Biden is scheduled to travel to Buffalo tomorrow to meet with the families of victims, the White House said.

Despite Russia’s threats, Finland said yesterday it will seek to join NATO and Sweden is on the verge of following suit. Swedish Prime Minister Magdalena Andersson announced her party’s support to apply to join the US-backed alliance, saying her country must “adapt to reality” and make decisions based on the current climate. Both countries have previously refrained from joining for historic and geopolitical reasons. There is “strong bipartisan support” for Finnish accession to NATO, US Senate Minority Leader Mitch McConnell said during a visit to Finland today. However, Russia has warned the Nordic nations of “far-reaching consequences” if the countries join the alliance. Separately, EU leaders are ratcheting up their economic action against Russia and are preparing a sixth sanctions package that could be done within days.

Nebraska’s Republican governor Pete Ricketts says he will call a special session to pass a total ban on abortion if the Supreme Court overturns Roe v. Wade this term. When asked if he thought the state should require a young girl who was raped to carry the pregnancy to term, Ricketts told CNN, “They’re still babies, too. Yes.” The governor’s comments come as the Supreme Court’s conservative majority seems likely to overturn Roe v. Wade, the landmark 1973 case that legalized abortion nationwide. More than a dozen states have so-called trigger laws on their books, meaning that abortion will almost immediately be banned if Roe v. Wade is no longer in effect, and Nebraska nearly passed its own such law last month.

Twitter’s legal team has accused Elon Musk of violating a nondisclosure agreement regarding the social media company’s number of bot accounts, the Tesla CEO said in a tweet Saturday. On Friday, Musk tweeted that his $44-billion cash deal to take Twitter private was ” temporarily on hold” while he awaited data on the proportion of its fake accounts. Twitter accused Musk of breaching an agreement after Musk tweeted that the sample size for the social media platform’s checks on automated users was 100, “because that is what Twitter uses to calculate <5% fake/spam/duplicate,” Musk said in a tweet. He later said that “There is some chance it might be over 90% of daily active users.”

The biggest names in music showed up to the glamorous Las Vegas show yesterday! Here are the winners.

Jason Momoa apologizes after taking photos in the Sistine Chapel

The “Aquaman” star addressed the controversy – in a sweaty, shirtless workout video. It’s okay, Jason, everyone totally forgives you now.

Another victory for Mr. Curry. And this time, it’s off the court.

Wouldn’t it be unfortunate if your favorite TV show was canceled? Double check here to make sure its not on the list.

That’s how much Man Ray’s famed “Le Violon d’Ingres” photograph sold for on Saturday, smashing sale estimates. The black and white image, taken in 1924, became the most expensive photograph ever to sell at auction.

– Former first lady Melania Trump, hinting in an interview on Fox that there is a chance she could live in the White House again as former President Donald Trump teases a 2024 reelection bid. “I think we achieved a lot in four years of the Trump administration,” she added in the interview, which aired yesterday. 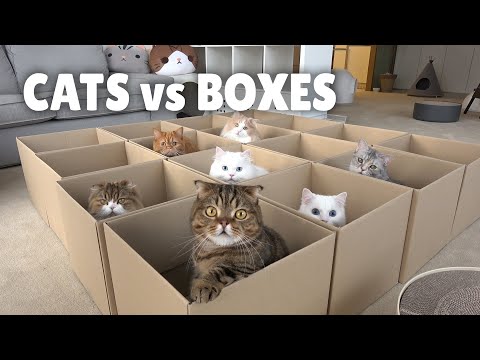 Start your week on a paw-sitive note with this cat video! (Click here to view)