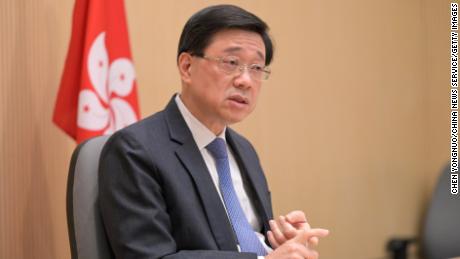 With new leader, the future for progressive politics looks more challenging - for feminists in Hong Kong, it was already bleak

Analysis by Jessie Lau for CNN

(CNN)On May 8, Hong Kong is expected to usher in a new leader: John Lee, a police veteran-turned-security chief who will run, unopposed, for the city's top position as the only candidate backed by China's ruling party.

The choice to endorse Lee -- a hardline security official known for overseeing heavy crackdowns on the city's massive pro-democracy protests in 2019 and who has little policymaking experience when compared to the city's past leaders -- suggests that national security may continue to be prioritized above all else in the years to come.
Activists and scholars also say the move will only further hinder civil liberties and human rights, including one that has already come under fire: the city's embattled gender movement.
"If John Lee adopts the Mainland China model of managing civil society, this may bring about a further onslaught of Hong Kong's once vibrant civil society," says Diana Fu, Associate Professor of political science at the University of Toronto. "In the mainland model, civil society groups that advocate for libera