The United States Postal Service is gearing up for another busy holiday season. For the third year in a row, the USPS said it will temporarily increase prices on a variety of mail services from October to January to offset rising delivery costs during the peak mailing period.

The CDC is no longer recommending restrictive measures such as quarantines and social distancing to prevent the spread of Covid-19. In new guidelines released Thursday, the agency announced it is no longer necessary to stay at least 6 feet away from others to reduce the risk of exposure – a shift from the guidance that had been in place since the early days of the pandemic. Now, more than two years later, nearly the entire US population has at least some immunity through vaccination, previous infection, or, in some cases, both. However, the latest guidance does keep some measures the same. It says people who test positive should stay home for at least five days and wear a mask around others for 10 days. It also continues to recommend that people wear masks indoors in about half of the country.

Following the FBI search of former President Donald Trump’s Mar-a-Lago estate on Monday, Attorney General Merrick Garland said that the Justice Department has requested that the warrant and property receipt from the search be unsealed. Trump said in an online post on Thursday that he would “not oppose the release of documents,” adding, “I am going a step further by ENCOURAGING the immediate release of those documents.” The FBI executed a search warrant at the Palm Beach, Florida, resort as part of an investigation into the handling of presidential documents, including classified documents, that may have been brought there. The Washington Post, citing people familiar with the investigation, also reported on Thursday that classified documents related to nuclear weapons were among the items that FBI agents sought when searching the former President’s residence.

A major recession is coming, Deutsche Bank economists warned in a report yesterday. This comes after Deutsche Bank raised eyebrows earlier this month by becoming the first major bank to forecast a US recession, albeit a “mild” one. The problem, according to the bank, is that while inflation may be peaking, it will take a “long time” before it gets back down to the Federal Reserve’s goal of 2%. That suggests the central bank will raise interest rates so aggressively that it hurts the economy. The good news is that Deutsche Bank predicts the economy will eventually rebound by mid-2024 as the Fed reverses course in its inflation fight.

An “alarming” situation is unfolding at a Russian-occupied nuclear power plant in southeastern Ukraine, according to the head of the United Nations’ nuclear watchdog. Parts of the Zaporizhzhia nuclear plant – the largest nuclear plant in Europe – have been knocked out due to recent attacks, risking an “unacceptable” potential radiation leak, according to Mariano Grossi, the Director General of the International Atomic Energy Agency (IAEA). “IAEA experts believe that there is no immediate threat to nuclear safety,” but “that could change at any moment,” Grossi said. Russia and Ukraine have so far been unwilling to agree to an IAEA inspection of the plant and have accused each other of shelling the facility. Meanwhile, Ukrainian President Volodymyr Zelensky is calling for the complete withdrawal of Russians from the territory, which he said is putting all of Europe in danger.

Bitcoin may be a new investment option in your 401(k) plan by the middle of this year. Fidelity Investments – the largest 401(k) plan provider in the US with more than 20 million participants – will become the first major 401(k) provider to offer cryptocurrency as an investment for retirement savers. But if you’re interested, you’ll have to check with your employer first, because the bitcoin option will only be offered to participants whose employers have elected to include it in their plans. Fidelity did not specify how many employers have already signed on, but it confirmed a number of clients have committed and others are undergoing the evaluation process. The Department of Labor, on the other hand, has publicly indicated it is very concerned about the prospect of 401(k) participants being exposed to the extreme volatility of crypto trading.

Video Ad Feedback
03:08 - Source: CNN
A quarter of all the electricity in this county is powering Bitcoin mining

Actress Anne Heche, who remains hospitalized after crashing her vehicle into a Los Angeles residence last week, is “not expected to survive,” according to a statement from her family and friends shared with CNN by a representative. “Unfortunately, due to her accident, Anne Heche suffered a severe anoxic brain injury and remains in a coma, in critical condition. She is not expected to survive,” the statement read. Anoxic brain injury occurs when the brain is deprived of oxygen. Last Friday, Heche was in a car that was traveling at a high speed when it ran off the road and collided with a residence that became engulfed in flames, officials said. Heche rose to fame on the soap opera “Another World,” where she played the dual role of twins Vicky Hudson and Marley Love from 1987 to 1991. She earned a Daytime Emmy Award for her performance on the show.

Adidas plans to take over college sports, sign endorsement deals with up to 50,000 student athletes

Meet the 118-year-old French nun living in a nursing home who was recently named the world’s oldest living person.

His new album is titled “Harry’s House” so it makes perfect sense. Plus, who doesn’t love that contagious smile!

Book bans are sweeping the nation, but some libraries are telling teens and young adults to read on.

On board will be four professional astronauts, including the first Black woman to join the International Space Station crew.

The company has a clever name, a funny boss, and just received a $100 million private equity investment. Sounds like a great start, Hart.

That’s how much Harvard University is dedicating to create a fund to research and redress its “extensive entanglements with slavery,” university President Lawrence Bacow announced yesterday. This comes after a new university report detailed how slavery and racism played a significant part in Harvard’s institutional history. For nearly 150 years – from the founding of the university in 1636 until Massachusetts abolished slavery in 1783 – Harvard presidents and others enslaved more than 70 people, the report says.

“I don’t know if I’m allowed to say this, but I finally started talking to a therapist after Indian Wells.”

– Dr. Donald Lloyd-Jones, president of the American Heart Association, on scientists seeing little benefit of taking daily aspirin for most healthy people to prevent heart attack and stroke. The US Preventive Service Task Force finalized its latest recommendations on low-dose aspirin regimens and now says people over 60 should not start taking a daily aspirin for primary prevention of heart problems, in most cases, because it may contribute to a risk of bleeding in the stomach or brain.

Who Put the Hole in the Donut? 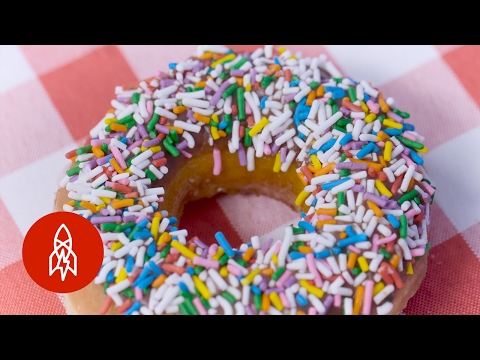 Mornings are always better with warm donuts paired with freshly brewed coffee. Check out this video to learn where the donut got its signature shape. (Click here to view)