The top 10 most endangered rivers in America

The sun sets behind a fossil fuel complex on the Mobile River in Alabama.

(CNN)The Colorado River — which provides drinking water, irrigation and electricity for more than 40 million people in the West — is the most endangered river in the United States this year, according to the nonprofit conservation group American Rivers.

From the Pacific Northwest to Alabama, American Rivers ranked the top 10 most endangered rivers across the country — crises brought on by worsening droughts, human-made dams and coal-ash contamination. The Colorado River's outdated water management practices have been worsened by climate change, pushing the river into the No. 1 slot, the group said.
Matt Rice, the group's director of the Colorado Basin Program, said that the climate crisis is really the theme of this year's report.
"The climate crisis is really a water crisis, and ground zero for that crisis is the Colorado River Basin," Rice told CNN. "We are being pushed in realtime to live with the river we have, to adapt to a hotter, drier reality in the Colorado River."
America's most endangered rivers

Rivers are a critical source of water, food and energy. These long, flowing bodies of water are vital to many cultures and communities — particularly tribal nations — and are home to a plethora of important species like salmon and trout. They also bolster ecosystems by restoring groundwater and often serve as a buffer against drought.
Read More
American Rivers has published the endangered rivers list since the 1980s in collaboration with other conservation groups. It curates the list based on major proposed actions that the public could help influence, the significance of the river to people and ecosystems and the scale of the threat.
The Colorado River flows around Horseshoe Bend in Page, Arizona.
The climate crisis has pushed the Colorado River's Lake Mead and Lake Powell — the largest and second-largest reservoirs in the country — to unprecedented lows. Last year, the federal government declared a water shortage on the river for the first time, triggering mandatory water consumptions cuts for states in the Southwest.
Lake Mead last year reached its lowest point since the lake was filled after the Hoover Dam was completed in the 1930s. Meanwhile, Lake Powell sank below a critical threshold in March, and a recent report from the US Geological Survey found the reservoir has lost nearly 7% of its potential storage capacity since 1963 when Glen Canyon Dam was built.
Powerful 'rivers in the sky' could cause Antarctic Peninsula's biggest ice shelf to collapse
"This is a river in crisis because of climate change," Rice said of the Colorado. "This is not the same river it was two years ago, three years ago or five years ago. We need to learn to live with the river that we have, and we need to implement solutions to allow us to do so."
Although the Colorado River system is already operating at a deficit, the report says that the climate crisis will likely continue to reduce the river's flow by 10 to 30% by 2050.
Rice said if the river system collapse, the economic toll would be staggering. If the Colorado River basin was a country, it would rank as the 7th largest economy in the world, according to American Rivers.
"If the river crashes, it's a massive economy that's at stake not only in the Southwest, for cities like Los Angeles, Phoenix, Las Vegas and Denver," he said. "I would argue that it's a national economic crisis. This is a national story."
The Snake River, which flows through parts of Idaho, Oregon and Washington, ranked No. 2 on the endangered list. For years, tribes and local community leaders in the Pacific Northwest — Washington, Idaho, and Oregon — have ramped up efforts to save endangered salmon species from federally built dams. As the planet warms, the river's water is also heating up, further risking the lives of salmon species that Indigenous people have long relied on..
Ice Harbor Lock and Dam on the Snake River in southeastern Washington state.
Scientists have been calling on state governors and other government officials to remove the four federal dams on the lower Snake River, saying that it's the only strategy that could recover Snake River salmon species.
"Those dams have been the reason why salmon populations are crashing in the Columbia Basin," Rice said. "So I think that that's a really important story to tell too, and there's again a political window of opportunity to actually get this done and remove those dams." 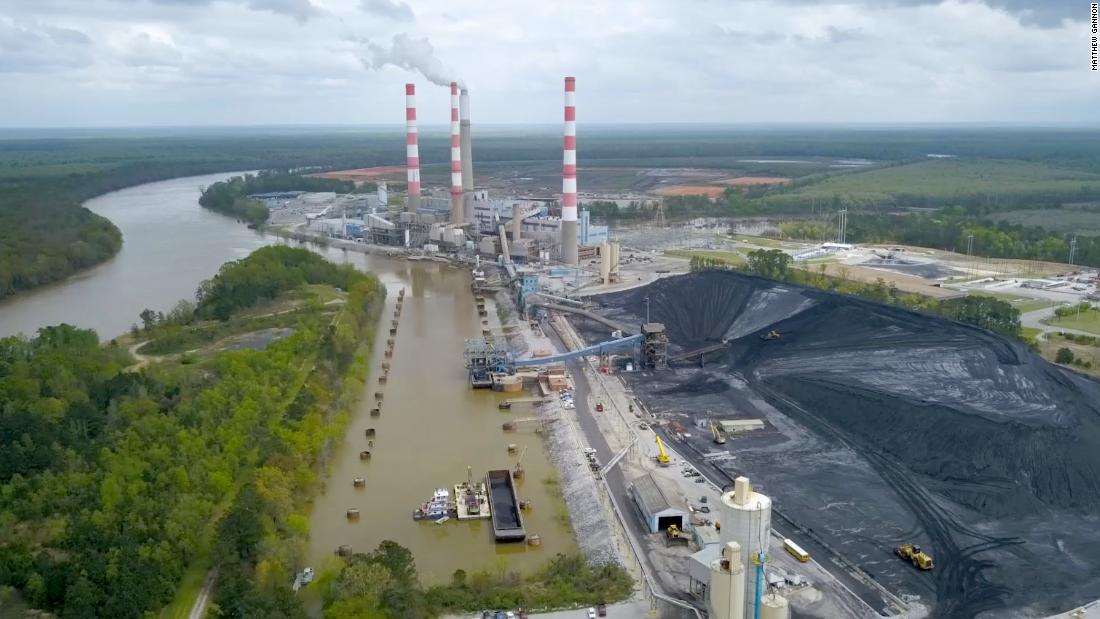 The Mobile River — the third-most endangered — is threatened by coal ash, a byproduct of burning coal for electricity. American Rivers reports that heavy metals and other contaminants are seeping into groundwater around the Mobile River from nearby power plants. Studies have linked these heavy metals to cancer, lung disease and birth defects.
Additionally, the Mississippi River, which touches nine states from the Minnesota to the Gulf of Mexico, ranked No. 6 on the endangered list due to new contaminants flowing into the river from farm fertilizers and fossil fuel facilities, American Rivers reported.
Over the years, the annual endangered rivers reports have helped remove aging dams, protect rivers and prevent new industrial development and polluting infrastructure from being built in critical river basins.
Much like the latest UN climate report which confirmed the world already has the solutions to solve the climate crisis, Rice said the only thing missing is the political will to push forward.
"The stakes are incredibly high," Rice said. "This listing is not meant to be a doom and gloom listing, it's intended to elevate the solutions that we have in the federal funding to implement these solutions. We have the tools to [adapt], we just need the leadership and we need the collaboration to get it done at scale."
<section class="zn zn-story-bottom zn-single-column zn--idx-1 zn--ordin