Ten people were killed in a racially motivated mass shooting in Buffalo, New York, on Saturday afternoon. Details are emerging of a racist manifesto allegedly written by the 18-year-old White man suspected of traveling nearly 200 miles from his home to attack a predominantly Black neighborhood. The gunman opened fire outside a Tops Friendly Markets store, shooting and killing several people in the parking lot before entering the building. He exchanged gunfire with an armed security guard – who was killed – and shot more individuals inside, then exited and surrendered to police. The suspect, Payton Gendron, was taken into custody and is currently under suicide watch, Erie County Sheriff John C. Garcia said. He was charged with first-degree murder and pleaded not guilty in court, officials said. President Joe Biden is scheduled to travel to Buffalo tomorrow to meet with the families of victims, the White House said.

President Joe Biden is considering releasing about 1 million barrels of oil per day from the Strategic Petroleum Reserve to alleviate persistent high gas prices. Tapping the stockpile of 600 million barrels of crude oil, which are stored in underground salt caverns in Louisiana and Texas, probably won’t have a huge effect on gas prices because of limits on how much oil can be released at a time. But it’s a political sign from Biden that he is trying to address the problem. The US price of a gallon of regular gasoline spiked after Russia invaded Ukraine, hitting a record high of $4.33 earlier this month. The invasion has also snarled global supply chains that were supposed to be recovering from pandemic-related woes.

The Biden administration is planning to end controversial Trump-era pandemic restrictions on the US-Mexico border by May 23. The public health provision, known as Title 42, has largely blocked migrants from entering the US and has attracted the consternation of Democrats and immigration advocates who say there is no scientific justification for the restriction. Nonetheless, the Biden administration has kept the measure in place. About 1.7 million migrants have been sent back to Mexico or their country of origin since March 2020, according to US Customs and Border Protection data. Homeland Security Department officials are bracing for an influx when the ban is lifted, with preparations being made for up to 18,000 arrivals per day.

The US Treasury Department has announced new sanctions against Iran’s ballistic missile program in response to a missile attack in Iraq earlier this month. It’s yet another setback for US efforts to reenter the Iran nuclear deal, also known as the Joint Comprehensive Plan of Action. A deal between the US and Iran seemed close earlier this month. Hope has since waned because of outstanding differences – including Iran’s demands regarding the Islamic Revolutionary Guard Corps, a group targeted by these new sanctions that is responsible for research and development of ballistic missiles. US Secretary of State Antony Blinken says the US will work to deter Iran’s nuclear capability regardless of whether a deal is reached.

Taylor Swift has a new millipede species named after her

And the US viewing public will once again get to be obnoxious about soccer on the world stage.

Weddings are booming again, bigger and more expensive than ever

As long as there’s cake and a comfortable place to sit, we’re good.

Two extra feet of track mean a few more milliseconds of your life flashing before your eyes.

‘KPOP’ musical set to debut on Broadway later this year

An audience of excited, screaming fans would really complete the experience.

Like wearing the finest doughnut crumbs on your face, but in a socially acceptable way.

“In the circumstances of such unjustified and unprecedented military aggression, it would be unacceptable for the Russian regime to derive any benefits from the involvement of Russian or Belarusian players with The Championships.”

Chris Rock, who publicly addressed the Oscars slapping incident for the first time during a show in Boston last night. The Academy of Motion Pictures Arts and Sciences said yesterday it has “initiated disciplinary proceedings” against actor Will Smith, who struck Rock during the broadcast after the comedian told a joke about Smith’s wife, Jada Pinkett Smith.

The Sandwich in a Pickle 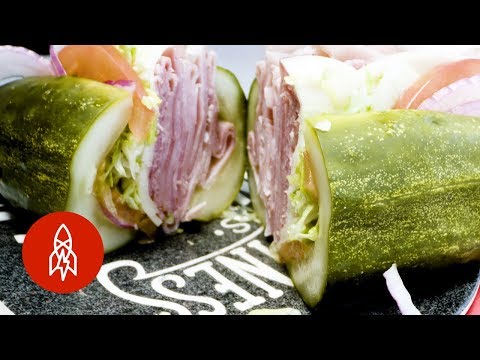 Get thee to New Jersey, where a sandwich stuffed into the hollowed-out hull of a massive pickle is just waiting to be devoured. (Click here to view)