The Oscars: Three times when real events challenged whether the show must go on

By Brian Lowry, CNN
Updated 3:31 PM EDT, Sat March 26, 2022
Link Copied!
Ad Feedback
Sammy Davis Jr. and Barbra Streisand at the 1968 Academy Awards. Davis attended Martin Luther King Jr.'s funeral the day prior. The singer, who was scheduled to perform during the Oscars, had said he would decline to participate if the date of the awards show wasn't changed out of respect to King.
Bettmann/Getty Images
CNN  —

Like any awards show, the Oscars are built on the inherently self-absorbed notion that what happens in the room and who takes home the trophies matters, in what should be a welcome distraction from the outside world.

Occasionally, though, world events have cast such a large shadow that they can’t be ignored. And while the Hollywood maxim is that the show must go on, in a few instances real-world concerns have intruded upon the ceremony in a way that forced organizers to alter its schedule, including last year’s delay due to a global pandemic.

The war in Ukraine has dominated news cycles and prompted statements of solidarity from members of the film and TV industry in the run-up to the Oscars. Through the years, politics and the Oscars have gone hand in hand, and war has frequently been part of the backdrop, from World War II – when the actual statuettes were made of plaster due to metal shortages – to Vietnam, a tumultuous period that on various occasions spilled into the broadcast.

Still, during the televised era three events particularly stand out: The assassination of Martin Luther King Jr. in 1968, the assassination attempt on President Ronald Reagan in 1981, and the onset of the Iraq war in 2003.

In the first two instances, the awards were postponed briefly, and there was discussion of doing so in 2003. (The Oscars were delayed one other time because of flooding in 1938.)

A look back at each of those events, and the effect they had on the ceremony.

The killing of the civil-rights icon on April 4 came days before the ceremony, with several of those slated to perform or appear – including Sidney Poitier, Louis Armstrong and Diahann Carroll – planning to attend King’s funeral on April 9, the day after the broadcast. (Poitier starred in two of that year’s best-picture nominees, “In the Heat of the Night” and “Guess Who’s Coming to Dinner.”)

The Opening of the Academy Awards in 1968 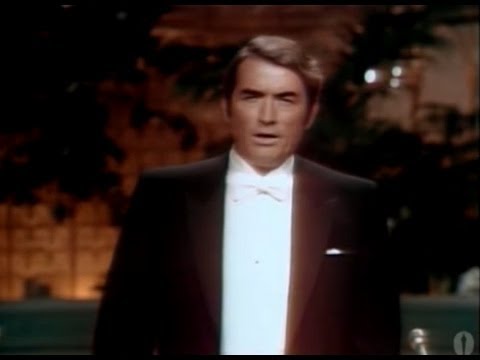 Because there was no way for them to make it there in time, the Academy pushed back the ceremony from April 8 to April 10 and canceled its Governors Ball. The organization’s then-president, Gregory Peck, began the telecast by paying tribute to King.

Johnny Carson, host of the 1981 Oscars, addressed the assasination attempt on then President Reagan during the opening of the telecast.
ABC Photo Archives/Disney/Getty Images

Reagan was actually scheduled to open the ceremony with a segment taped in the White House about the worldwide reach of the Oscars and movies. Many of those attending the awards were particularly shaken, having known Reagan from his time as an actor and president of the Screen Actors Guild.

Producers scrambled and ultimately opted to postpone the awards by one day (Johnny Carson was that year’s host), with veteran writer Buzz Kohan, who worked on the show, recalling 25 years later to the Hollywood Reporter, “Oddly enough, it was Reagan himself who set the tone by saying to the doctors in the operating room, ‘Please tell me you’re all Republican.’ We figured if the man who was shot can make a joke about it, he had given us permission to do the same.”

The Opening of the Academy Awards in 1981 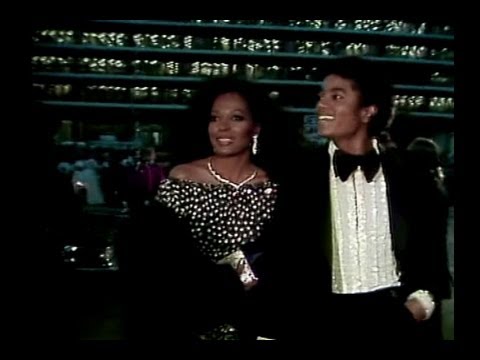 “That old adage ‘The show must go on’ seemed relatively unimportant,” Carson said in opening the telecast, saying that the president was in “excellent condition” and that it was his “expressed wishes” that the producers use his taped introduction, which they did.

“Film is forever,” Reagan said, echoing the show’s theme that year, adding to laughs, “I’ve been trapped in some film forever myself.”

Michael Moore denounced the US invasion of Iraq while accepting the Oscar for best documentary at the 2003 Academy Awards.
TIMOTHY A. CLARY/AFP/Getty Images

The US invaded Iraq days before the broadcast, fueling discussion about whether the awards should be postponed. On the eve of the awards, Oscar producer Gil Cates told the Los Angeles Times, “Of the 11 shows I’ve produced, it’s the most difficult I’ve done.”

The Times described the days leading up to the awards as “one of the strangest and most stressful weeks in Oscar history.” The show proceeded, but the red carpet was eliminated along with the temporary bleachers for fans to watch the star arrivals.

Additional controversy occurred during the show when Michael Moore accepted his best documentary Oscar for “Bowling for Columbine.” Moore denounced the war – calling President George W. Bush “a fictitious president,” and saying, “Shame on you, Mr. Bush,” which triggered boos from the crowd and resulted in the filmmaker being hurried off the stage.

Fifteen years later, receiving a lifetime achievement honor at the Critics’ Choice Documentary Awards, Moore took the opportunity to finish his speech, which closed with him encouraging people to “pick up a camera and fight the power, make your voice heard and stop this senseless war.”