Wanda Sykes plans on partying at the Oscars, while she’s hosting.

Sykes, who is co-hosting Sunday’s Academy Awards with Regina Hall and Amy Schumer, says she will be drinking and things may get crazy.

The comedian appeared on “Jimmy Kimmel Live!” where Kimmel guessed she was getting paid around $15,000 for the gig, about what he made when he hosted the show.

“It sounds like it’s a lot for one night, but it’s months of work leading up to it,” Kimmel said. “You’re getting robbed. Hold out right now, because they need hosts.”

“Then I’m like, I’m here to have some fun,” she said. “It’s not like I’m getting paid, you know. You get what you pay for. You want sober Wanda, you’ve got to add some zeroes and move that comma. You’re getting free Wanda.”

If she goes missing, she joked, that will mean she’s drinking off camera. “So if you see just Amy and Regina out, you can just go, ‘Wanda’s drunk, she’s backstage,’” Sykes said.

Sykes also has a plan to make up for lost income. She said she may steal an Oscar and sell it for profit.

Kimmel thought that was a great idea, noting the hot Oscar would “be on ABC and eBay at the same time.”

Sykes’ wife Alex will be at the show, while her mom will not be attending.

“It’s not like you’re going to get a good seat,” Sykes told her mother. “I’m gonna be onstage working. I said, if I thought you were gonna be, like, sitting next to Denzel Washington, then I would fly you in. But you’re gonna be up in the bleachers sitting next to the guy with Covid.” 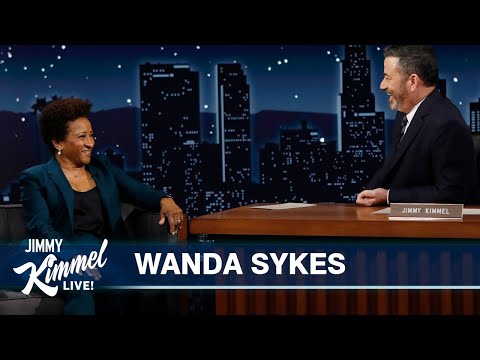 The Oscars broadcast on ABC, beginning at 8 p.m. EST on Sunday.