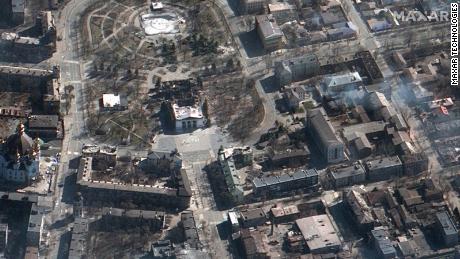 A Maxar satellite image shows the bombed out Mariupol theater.

Lviv, Ukraine (CNN) — When Serhii woke up to news reports that a bomb had flattened Mariupol's Drama Theater, where hundreds of people had been sheltering, he couldn't breathe.