The megarich are getting richer. A new billionaire was minted nearly every day during the pandemic, according to a new report. At the same time, data shows growing levels of inequality and rising food prices could push as many as 263 million people into extreme poverty this year.

On his first trip to Asia since taking office, President Joe Biden said today that the United States would respond militarily if China tries to take Taiwan by force. “That’s the commitment we made,” he told reporters in Tokyo. The President’s statement caught several of his top administration officials off guard, CNN was told by multiple aides. However, this is not the first time Biden has gone further than longstanding US public policy toward the self-governing island. The US provides Taiwan defensive weapons, but has remained intentionally ambiguous on whether it would intervene militarily in the event of a Chinese attack. Following Biden’s remarks, the White House issued a statement that said the US’ official position remained unchanged.

The US government plans to make high-quality masks available for kids, a senior adviser to the White House told CNN yesterday. The move appears to be an extension of the Biden administration’s ongoing effort to distribute 400 million free N95 masks from the Strategic National Stockpile for the public to access at pharmacies and community health centers nationwide. About 230 million of those masks have already been delivered to those locations. Last month, the federal government began distribution of 1 billion free Covid-19 tests directly to households. More than 50 million households have already received their tests, and millions more are on the way, officials said.

Tomorrow marks three months since Russia launched its assault on Ukraine. Since then, a staggering 8 million people in the country have been displaced, the UN Refugee Agency said today. Separately, Ukrainian President Volodymyr Zelensky announced a “historic” joint customs control with Poland yesterday, stressing “unity of Ukrainians and Poles is a constant that no one will break.” Zelensky also signed a decree introducing a new award to thank cities of partner countries that have helped Ukraine the most – and the Polish city of Rzeszow became the first to be added to the list. On the ground, tensions remain high and Ukrainian presidential adviser Mykhailo Podolyak said Saturday he has ruled out a ceasefire with Russia, emphasizing Kyiv would not accept any deal with Moscow that involved ceding territory.

US lawmakers have less than two days to pass a short-term funding extension to avoid a government shutdown on Friday. It remains unclear when the Senate will vote on the continuing resolution, which would keep the government open by extending funding through March 11. Discussions about the measure are being delayed by some Republicans who are making demands tied to the vote. A group of six conservative senators specifically said they would oppose the expedited passage of the resolution unless they get a vote to defund the remaining vaccine mandates the Biden administration imposed. Complicating matters further, some Democrats are absent due to personal and family reasons, causing concern the party may be short of votes needed to defeat the Republican amendments.

Video Ad Feedback
00:56 - Source: CNN
What a government shutdown could mean for you

Democrats are facing a wave of exits in the House ahead of the critical midterm elections. Illinois Rep. Bobby Rush and Michigan Rep. Brenda Lawrence both announced they will not be seeking reelection in the fall, bringing the total number of Democrats planning to retire to 25. Eleven other members – six Democrats and five Republicans – are also planning to leave their posts to run for Senate or governor. Democratic leaders worry that the wave of resignations, along with redistricting efforts and low morale in the House, could bring more challenges to an already uncertain election season. Republican Devin Nunes, a close Trump ally who represented California for nearly 20 years, has just resigned from the House as well. He announced last month that he would be leaving Congress at the end of 2021 to become CEO of the Trump Media & Technology Group.

At least 94 people have died in the Brazilian mountain city of Petropolis after heavy rains triggered landslides that washed out streets, swept away cars and buried homes, local officials said yesterday. The city, located in Brazil’s Rio de Janeiro state, had more rain in one afternoon than the historical average for the entire month of February, the Civil Defense of Rio said. The department also declared a state of public calamity. More people are missing, but it’s unclear how many at this time, Rio officials said. Brazil’s President Jair Bolsonaro, who is currently on a trip to Russia, said he had spoken to ministers and asked for “immediate assistance” to be sent to the victims.

A 32-year-old runner died Saturday after finishing a half marathon in Brooklyn where 15 others were injured, officials said. The marathoner was found unconscious, lying on the pavement, having collapsed after crossing the finish line just before 9 a.m. in Brooklyn’s Brighton Beach neighborhood, an NYPD detective said. An official cause and manner of death have not been released. The runner immediately received attention from on-site medical staff, but was pronounced dead at the hospital approximately 45 minutes later, officials said. Fifteen other individuals were transported to local hospitals from the race and at least four were in serious condition. During the marathon, temperatures ranged from the low 60s to the high 70s Fahrenheit and the relative humidity was between 96% and 97%, according to the National Weather Service.

Several major US airlines are asking the federal government to create a coordinated “no-fly list” for violent and disruptive passengers, but their request is being met by pushback from GOP lawmakers. A group of Republican senators is arguing the mandate would seemingly equate unruly passengers to terrorists “who seek to actively take the lives of Americans and perpetrate attacks on the homeland,” the senators wrote in a letter to Attorney General Merrick Garland this week. While airlines may ban an unruly passenger from their own flights, competition rules mean that information is not shared with other carriers, so unruly individuals can easily fly on different carriers after violent or disruptive incidents. Nearly 500 unruly passenger incidents have been reported in the first six weeks of 2022, according to data from the Federal Aviation Administration, and 80 incidents have been referred to the Justice Department to consider criminal prosecution.

The White House is exploring the possibility of tapping into an emergency diesel reserve to ease the spike in gas prices, a senior White House official said. The emergency declaration under consideration would enable President Biden to release diesel from a rarely used stockpile, but the reserve is relatively small and will only serve as a temporary solution to buy time. The national average price for diesel stood at $5.56 a gallon as of yesterday, just shy of the record of $5.58 set last week, according to AAA. Diesel is a vital fuel for the US economy, powering not only farm and construction equipment but the trucks, trains and boats that move goods across the country. Skyrocketing diesel prices often get passed down to consumers.

Winners of the Golden Globes announced

This sounds like a dream come true for Disney adults!

This is what an exploding star looks like. So crazy.

Home sweet office! Nearly 60% of US workers want to continue working from home when the pandemic is over.

Not to be corny, but I’m glad this idea popped into their minds… movies at home would be so much butter with this!

Don’t be down if you have a couple of low ratings. There’s always next ride!

Russian figure skater Kamila Valieva is expected to take to the ice today for her free skate. The 15-year-old is at the center of a doping scandal as officials work to determine whether her team broke any rules following her positive drug test.

Follow the latest news and highlights from the Winter Olympics here.

That’s the amount Boston Marathon bomber Dzhokhar Tsarnaev received in a federal stimulus payment. The US Attorney’s Office of Massachusetts has filed a request to have that stimulus payment and other funds in Tsarnaev’s inmate trust account turned over to his victims while he serves a life sentence in Colorado. Four people were killed and hundreds of others were injured after Tsarnaev and his brother set off two bombs near the Boston Marathon finish line in 2013.

That’s how much revenue America’s gambling industry rolled in last year. That figure breaks the previous record from 2019 by more than 20%, making 2021 the highest-grossing year ever. Despite some restrictions related to Covid-19 and the Omicron variant, gambling surged mainly due to massive increases in sports betting, online gambling and traditional gaming at casinos.

President Joe Biden, in a fiery speech yesterday commemorating the anniversary of the January 6 insurrection. Biden thoroughly denounced participants in the riot and made the rare move of denouncing former President Donald Trump as a threat to democracy – without naming him outright.

– Democratic Sen. Richard Blumenthal, pushing for a new bill called the Kids Online Safety Act, which aims to curb the potentially harmful impacts of social media on young people. The bipartisan legislation proposes tech companies would have to provide settings for families to protect their kids from harmful content, and those settings would have to be enabled by default. The legislation, would also force social media companies to publish annual third-party audits outlining the risks of their platforms for minors. 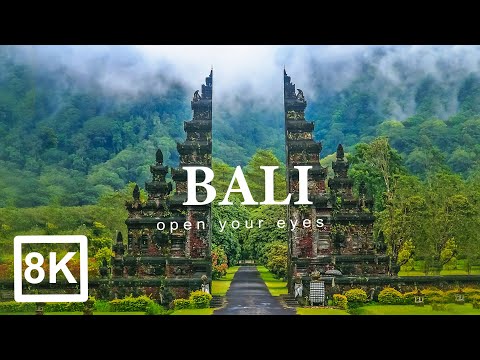 You’ve made it to the finish line of the week, which is not unlike this thrilling little corgi race. (Click here to view)

Enjoy a quick virtual vacation! This short exploration of Indonesia takes you on a sightseeing adventure, minus the long flight! (Click here to view)