Jim Gaffigan’s new comedy special gets real about pandemic life at home in a family of 7: ‘a round robin of people losing their mind’

Jim Gaffigan is driving for the first time in 30 years. He’s also bought a home in the country and has started gardening.

Indeed, the pandemic has changed us all.

Gaffigan, his wife Jeannie and their five children, Marre, Jack, Katie, Michael and Patrick, spent the spring of 2020 in the early months of the pandemic in New York City, but in June found it to be overwhelming, so they moved upstate, and bought a house so they could have more room.

“It’s a lifetime, right?” Gaffigan tells CNN of the past two years. “It’s like describing the Fall of Saigon, you know, there’s so many emotions. I think it’s gonna be really interesting to see culturally how we all grow to understand what we went through. You know what I mean? Like we know that there’s psychological effects, we know that it’s probably been harder on kids.”

Even Gaffigan, a prolific comic with a new one-hour special, says he has a hard time articulating what living at home with five kids during a pandemic felt like for him.

“I feel like it’s a little bit like watching an episode of ‘Dateline,’ he laughs. “Like you think you’re gonna find out information and then it gets to that four-minute commercial junk, then there’s a new variant when we get back.”

He says he wasn’t writing standup during the pandemic, but was still gaining plenty of material from inside his own home, which he turned into commentaries on “CBS Sunday Morning” for 22 weeks.

“I didn’t really write standup during the the first year and a half,” Gaffigan says, adding, “I was trying to exercise. I finally gained all my weight back. It took at least a week. You know, we’re a household of seven, so it was kind of a round robin of people losing their mind.”

Eventually, like many many families, the screens took over.

“I remember that spring break we, as a family, we watched a movie every night,” he says. “But the screens did take over. You know what I mean? Like, I’d be lying if I said they didn’t. But I think the big thing that we focused on was not killing each other.”

Trying to stay sane at home, while also losing stage time and the sense of a community within the comedy world motivated Gaffigan to perform at some drive-in shows.

“It honestly felt really bad,” he said, “You know, it was not that connection, but that was a reflection of how desperate we were for a sense of community.”

He continued to do fundraisers and virtual performances but stopped dong in-person performances.

“At that point I had done standup for 30 years, and I had kind of established myself. I felt more for the people that were finally getting some traction were selling out shows,” he says.

He and his wife, who had a near-fatal brain tumor removed in 2017, decided to try to give back to medical personnel on the front line of the pandemic. The couple started an effort to deliver food to hospitals across New York City’s five boroughs through their nonprofit organization, The Imagine Society.

Gaffigan returned to the stage again in August 2021, quickly turning a new act into a Netflix special, titled “Comedy Monster.” While he says much of his material is evergreen, he decided to keep some pandemic material in because, well, how will we ever forget it? 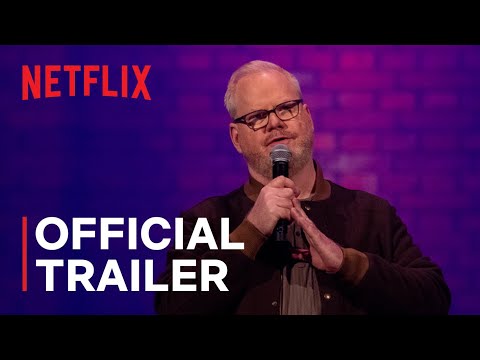 “The shifting realities of the pandemic were kind of like what the stock market used to be up and down,” he says. “It almost forced me to construct the jokes about the pandemic, where they were universal.”

Being back on stage gave Gaffigan a whole new appreciation of comedy and live performances.

“Oh my gosh. It was unbelievable. It was so rewarding,” he says. “You’re performing for people that are wearing a mask, which is not ideal, but it there is an energy that people appreciate. It’s a luxury to go to a live show, you know?”