The House select committee investigating the January 6 insurrection has stood down on requests for some documents from the Trump White House after pushback from the Biden administration. This is the first time the administration has insisted the committee scale back its pursuits, though such an exchange isn’t unusual during a congressional inquiry into such high-profile affairs. As a result, the committee won’t be getting hundreds of pages of National Security Council records. However, the Biden White House said in a letter earlier this month that those materials didn’t appear to have anything useful for the committee’s purposes.

Video Ad Feedback
Reporter on why Jan. 6 panel stood down on some Trump documents
02:03 - Source: CNN

National security police in Hong Kong have raided another pro-democracy news outlet and arrested several people associated with the publication. After the raid, Stand News announced it would immediately cease publication and dismiss all employees. Among those arrested are Hong Kong pop star Denise Ho, who is a former Stand News board member. A government notice claimed the raid and arrests were a result of a “conspiracy to publish seditious publications.” The raid comes at the end of a difficult year for press freedoms in Hong Kong, where a controversial national security law looms large.

Two Save the Children staff who were reported missing in eastern Myanmar after an attack allegedly carried out by the country’s military junta have been confirmed dead, the organization says. At least 30 people including women and children were killed in the attack last week, which has attracted international condemnation. Yesterday, US Secretary of State Antony Blinken called the  attack “unacceptable” and said the US would continue to urge for a restoration of democracy to the Southeast Asian country.  Myanmar has been the site of massacres, mass arrests, torture, forced displacements and other violence since a military coup toppled the government in February.

Robot forest rangers, floating houses and other fascinating ways to look at the future. (And no, a floating house isn’t just a boat. It’s different!)

Every DoorDash employee, from engineers to the CEO, will make deliveries

The whole company now gets the joy of confronting hungry and cranky people in their pajamas!

Betty White shares her secrets to happiness ahead of turning 100

Being a national treasure always helps.

The movies that mattered in 2021

It was a good year for action movies and musicals and a bad year for, well, actually going to the theater.

When I first read this I thought it was like the little Humvees that kids drive around the yard. That’s … not correct.

Harry Reid, the former Democratic Senate leader from Nevada who spearheaded epic legislative battles through three decades in Congress, has died at the age of 82 after a battle with pancreatic cancer. In remarks on his passing, President Joe Biden, who served with Reid in the Senate, called him one of “the all-time great Senate Majority Leaders in our history.”

John Madden, legendary NFL coach, Hall of Famer and sports broadcasting icon, has died unexpectedly at the age of 85. “He was football,” NFL Commissioner Roger Goodell said. “There will never be another John Madden, and we will forever be indebted to him for all he did to make football and the NFL what it is today.”

“I want to applaud the courage of the numerous players, executives, and staffers for fighting toxic environments of racial insensitivity, sexual harassment, and micro-aggressions with their truth.”

That’s the predicted national average of gas prices in 2022, according to a new GasBuddy forecast. That’s a big rise from the 2021 average of $3.02. In some places, gas could get close to $4 a gallon. 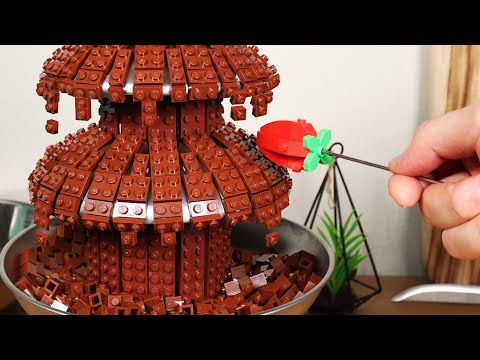 Chocolate fountains are cool, but they’re even cooler when they’re made out of (moving) Legos. (Click here to view)