Video Ad Feedback
Doctor: We don't know how many Covid shots will be needed
01:21 - Source: CNN

• A tornado that touched down near Des Moines, Iowa, yesterday killed seven people – including two children – officials said. The National Weather Service office in Des Moines said an initial estimate shows it was an EF3 tornado, with wind speeds of at least 136 miles per hour.

• The average price for a gallon of regular gas in the US hit $4 today, the highest level since 2008. And with prices surging amid Russia’s attack on Ukraine, the record high of $4.11 per gallon set that year is likely to fall any day.

• Sydney is bracing for more rain as the death toll from flooding in Australia rose to 17. Thousands of people have been displaced as heavy downpours swept away property, livestock and roads.

• North Korea fired a single ballistic missile into waters off the east of the Korean Peninsula yesterday, according to South Korea’s Joint Chiefs of Staff. It was the country’s ninth such test of the year.

A hearing is scheduled to address a Colorado district attorney’s motion asking the court to reconsider Rogel Aguilera-Medero’s sentence. The truck driver was sentenced to 110 years in prison for a crash that killed four on Interstate 70 in Denver.

Los Angeles police are expected to release bodycam video, 911 call recordings, radio transmissions, CCTV and other evidence from the officer-involved shooting that left a 14-year-old girl dead at a Burlington Coat Factory. She was in a dressing room with her mom. Police had fired at a man suspected of attacking a woman in the store, they said.

Democrat Eric Adams becomes the new mayor of New York City. A private swearing-in ceremony traditionally takes place at midnight. Adams has canceled a public event due to the surge in coronavirus cases.

Friday marks two years since the World Health Organization declared the Covid-19 pandemic. Covid-19 has killed more than 950,000 people and infected about 79.2 million in the United States since January 2020, according to data by Johns Hopkins University.

Cars line up at a Covid-19 testing site at Tropical Park in Miami on December 21.
Chandan Khanna/AFP/Getty Images
Ashley Dorelus demonstrates outside the Hennepin County Government Center in Minneapolis on December 21 during jury deliberations in the trial of former police officer Kim Potter. Potter was found guilty of manslaughter Thursday for fatally shooting Daunte Wright during a traffic stop in April. She testified the shooting was an accident and that she mistakenly grabbed her gun instead of her Taser.
Kerem Yucel/AFP/Getty Images
A man talks on the phone while sitting between cars amid floodwaters in Shah Alam, Malaysia, on December 21. Flooding in the country led to more than a dozen deaths and the displacement of over 60,000 people.
Arif Kartono/AFP/Getty Images
Christians hold candles during a Christmas celebration in Lahore, Pakistan, on December 22.
K.M. Chaudary/AP
Tampa Bay Buccaneers quarterback Tom Brady fumbles after getting hit by New Orleans Saints defensive end Cameron Jordan during the Saints' 9-0 victory December 19 in Tampa.
Jason Behnken/AP
In this photo provided by Greenpeace, clothes are left to dry on a typhoon-damaged tree in Surigao City, Philippines, on December 20. The death toll from Super Typhoon Rai -- known locally as Odette -- surpassed 300 on Tuesday as humanitarian agencies warned the true scale of destruction remains unknown.
Jilson Tiu/Greenpeace/AP
Family members grieve near the casket of corrections officer Robert Daniel at the Brown Funeral Home in Mayfield, Kentucky, on December 18. Daniel was killed during the tornado outbreak on December 10 while directing workers and inmates under his care to safety at a candle factory in Mayfield.
Brandon Bell/Getty Images
Swimmers warm up on day four of the FINA World Swimming Championships in Abu Dhabi on December 19.
Clive Rose/Getty Images
Theranos founder and former CEO Elizabeth Holmes, center, walks with her partner Billy Evans and mother Noel Holmes as they leave court December 17 in San Jose, California. Jury deliberations have begun in Elizabeth Holmes' fraud trial. She is facing charges of conspiracy and wire fraud for allegedly engaging in a multimillion-dollar scheme to defraud investors.
Justin Sullivan/Getty Images
A woman poses for a photograph after placing a wreath on a tombstone at Arlington National Cemetery on December 18. Wreaths were placed on more than 250,000 tombstonoes during the 30th annual "Wreaths Across America" project.
Al Drago/Getty Images
Chilean President-elect Gabriel Boric greets supporters as he leaves the La Moneda presidential palace after meeting with President Sebastian Pinera in Santiago, Chile, on December 20. Boric, a 35-year-old leftist and former student leader, will become Chile's youngest President after he won a presidential runoff election on Sunday.
Esteban Felix/AP
The Glasgow Warriors and Exeter Chiefs compete in the fog during the Heineken Champions Cup rugby match at Scotstoun Stadium in Glasgow, Scotland, on December 18.
Ian MacNicol/Getty Images
Tiger Woods and his 12-year-old son, Charlie Woods, fist bump on the course ahead of the PNC Championship in Orlando, Florida, on December 17. They finished second. It was Tiger Woods' first time competing on a golf course since a car crash that crushed his leg in February.
Douglas P. DeFelice/Getty Images
Georgia Bisti-Bavella, 97, smiles as she receives a booster of the Pfizer-BioNTech vaccine in Athens, Greece, on December 22. Public health authorities in Greece have stepped up a campaign to deliver booster shots to seniors and people with mobility issues at home.
Thanassis Stavrakis/AP
Lighthouse Immersive's 92-foot-tall Vincent Van Gogh-shaped hot air balloon is launched at Lake Hollywood Park in Los Angeles on December 20.
Rodin Eckenroth/Getty Images
Models walk on the catwalk in Sarajevo, Bosnia, on December 16 during the presentation of a collection dubbed "No Nation Fashion," a migrant-made fashion project. During the show, migrant models came out in designs meant to symbolize various stages of their journeys.
AP
People wearing protective masks wait to be vaccinated as cyclists train at the National Velodrome in Saint-Quentin-en-Yvelines, France, on December 22.
Chesnot/Getty Images
Japanese Yaku macaque monkeys warm themselves by a bonfire at the Japan Monkey Centre in Inuyama on December 21.
The Asahi Shimbun/Getty Images
Children from the St. Paul's Cathedral choir take part in a rehearsal at the cathedral in London on December 21.
Hannah McKay/Reuters
Green Bay Packers wide receiver Allen Lazard is unable to hold on to a pass in the end zone in front of Baltimore Ravens defensive back Kevon Seymour on December 19.
Julio Cortez/AP
Workers remove the "Pillar of Shame" sculpture at the University of Hong Kong on December 23. The memorial honored victims of the 1989 Tiananmen Square massacre, in which the Chinese military crushed protests led by college students in Beijing with deadly force.
Anthony Kwan/Getty Images
US President Joe Biden speaks about the Covid-19 surge from the State Dining Room of the White House on December 21. The President aimed to reassure vaccinated Americans that they can still proceed with their holiday plans without fear of becoming seriously ill, announcing a number of new efforts to combat the rising cases.
Patrick Semansky/AP
YouTube personality Jake Paul knocks out former UFC welterweight champion Tyron Woodley during round six of an eight-round bout in Tampa on December 18.
Chandan Khanna/AFP/Getty Images
A reveler climbs stones as people gather to celebrate the winter solstice at Stonehenge in Wiltshire, Britain, on December 22.
Jon Rowley/EPA-EFE/Shutterstock
Djamel Eddine Benlamri of Algeria celebrates following a victory in the FIFA Arab Cup final against Tunisia on Friday, December 18, in Al Khor, Qatar. Algeria scored two goals in extra time to beat Tunisia.
David Ramos/FIFA/Getty Images
Geese fly overhead as the first winter frost blankets the fields in Oudeland van Strijen, Netherlands, on Tuesday, December 21.
Jeffrey Groeneweg/ANP/AFP/Getty Images

The week in 26 photos

Here’s a look at other moving, fascinating and thought-provoking images from the week that was, curated by CNN Photos.

The arrival of “Spider-Man: No Way Home” demonstrates it’s still possible to amass a giant opening weekend at the box office, even if such super-powered numbers have become rare, bordering on unheard-of during the pandemic, writes CNN’s Brian Lowry.

CNN’s Brian Lowry put together a “best of” TV list for 2021, a daunting task in the age of limitless quality content and blurred boundaries between traditional and newer formats. He considered plenty of titles and highlighted what’s hot, what’s not and everything in between.

Take CNN’s weekly news quiz to see how much you remember from the week that was! So far, 81% of fellow quiz fans have gotten an 8 out of 10 or better this week. How well can you do?

Many Japanese families make a tradition of eating a Christmas meal at which fast food restaurant?

This Will Be Our Year - The Zombies 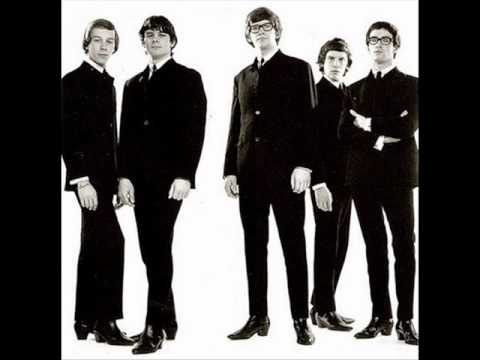 You can go the distance!