With Omicron now the most widely detected variant in the US, hospitals are preparing for a surge of Covid-19 cases. And for the second year in a row, many doctors and nurses on the front lines of the pandemic will be treating these patients over the Christmas holiday. Nearly 70,000 Americans were hospitalized with Covid-19 as of yesterday, according to data from the Department of Health and Human Services, up from around 45,000 in early November. In related news, the FDA yesterday authorized Pfizer’s antiviral pill, Paxlovid, to treat Covid-19. It’s the first antiviral pill authorized for infected people to take at home before they get sick enough to be hospitalized.

The House select committee investigating the January 6 insurrection has asked Rep. Jim Jordan, one of former President Donald Trump’s top congressional allies, to voluntarily meet with the panel as it zeroes in on Republican lawmakers who may have knowledge of events leading up to the Capitol riot. Jordan previously warned the committee that targeting GOP lawmakers in any capacity would be met with political retribution if Republicans retake the House after the 2022 midterm elections. Jordan is the second Trump ally to get an interview request this week. Rep. Scott Perry declined the committee’s request to voluntarily sit down with investigators.

President Joe Biden said yesterday that he’s extending the pause on student loan payments until May 1. The payments, which were set to restart on February 1 for millions of borrowers, have been on hold since the start of the pandemic. During this time, interest has stopped adding up and collections on defaulted debt have been on hold. Biden pointed to the ongoing Covid-19 crisis as the reason for the extension. The reversal comes less than two weeks after White House press secretary Jen Psaki indicated that the administration was planning to restart the payments, resisting pressure from some fellow Democrats who’d called for an extension of pandemic relief benefits.

Russia hopes to hold bilateral talks with NATO and the United States in January over security guarantees it is seeking from both, a state-owned media outlet reported yesterday, citing Russia’s foreign minister. The news comes just a day after NATO said it is ready to engage in “meaningful dialogue” with Russia amid its massing of troops near Ukraine’s border. The United States and its allies have warned Russia about the consequences of further hostilities amid its continued military buildup along the Ukraine border – a move that US intelligence has assessed as preparation for a full-scale invasion in the coming months. Russian President Vladimir Putin has demanded security guarantees from the United States and NATO, including a binding pledge that NATO won’t expand farther east and will not allow Ukraine to join the military alliance.

Video Ad Feedback
13:01 - Source: CNN
How can the US and Russia retreat from the brink?

Biden yesterday touted progress his administration has made in alleviating supply chain issues that have spurred shortages of consumer products, raised prices for Americans and contributed significantly to historic levels of inflation in the US. The President pointed to evidence that bottlenecks are beginning to unclog and said retail inventories are up 3% from last year. Separately, a new report on consumer confidence showed Americans are feeling more optimistic about the economic recovery, which has continued to show surprising strength into the final month of the year.

Law enforcement officials are on the scene of a “major industrial accident” early this morning at an ExxonMobil plant in Baytown, Texas, about 25 miles from Houston. Initial reports are that some type of explosion occurred inside the plant, Harris County Sheriff Ed Gonzalez said in a tweet. Four people may be injured, he said. Nearby residents reported a loud explosion.

She stepped in as running backs coach of the Washington Football Team.

The league is in the midst of a Covid-19 outbreak.

Let’s just say it’s not something you’d expect to order at a place known for TACOS!

Customers can only order the smallest size of fries due to supply chain problems.

Fees for US passports are going up by $20

At least you get to keep the same picture for 10 years.

That’s how many people in Afghanistan are facing extreme levels of hunger as winter sets in – more than half the country’s population. And at least a million children under 5 are at risk of dying from starvation.

FAA Administrator Steve Dickson, in an announcement about a new partnership between the FAA and the TSA that could result in unruly travelers losing their TSA PreCheck credentials

Instead of our normal weekly news quiz, we have a special quiz to get you in the holiday mood! Here’s a question to get you started: People in some areas of Europe and China don which color underwear to bring them luck on New Year’s Eve? 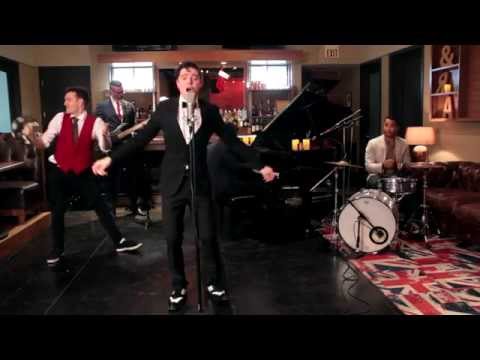 A little something to put you in the holiday spirit. (Click here to view.)