President Joe Biden sought to reassure vaccinated Americans yesterday that they can proceed with their holiday plans without fear of getting seriously ill from Covid-19. He also announced new efforts to combat a surge of US cases during a speech at the White House. Steps include preparing 1,000 military service members to deploy to overburdened hospitals across the country in January and February and the purchase of 500 million at-home rapid Covid-19 tests that Americans who sign up will get by mail – although there is concern about the availability of tests amid the rapid spread of the Omicron variant. Biden’s remarks came as the CDC released new data showing Covid-19 was the third leading cause of death in 2020, claiming more than 350,000 lives in the US and lowering life expectancy by nearly two years.

Biden insisted yesterday that he and Democratic Sen. Joe Manchin will “get something done” on the Build Back Better plan after Manchin defied his party by torpedoing the key piece of Biden’s domestic agenda. Manchin announced Sunday that he could not support the sweeping economic and climate bill that requires his support to pass in the Senate. Separately, Manchin is facing calls from a powerful group close to his heart to reconsider his opposition to the plan: coal miners. America’s largest coal mining union put out a statement this week lauding the legislation’s provisions and pushing Manchin to take a do-over. The union pointed to several items in the plan that it believes are crucial to its members and communities, including tax incentives to encourage manufacturers to build facilities in coalfields, employing thousands of coal miners who are out of work.

Michael Flynn, the embattled former national security adviser to former President Donald Trump, is suing to block a House subpoena for his phone records. His lawsuit, filed yesterday, marks the eighth court challenge against the ability of the House select committee investigating the January 6 attack on the Capitol to gather evidence on Trump’s efforts to overturn the 2020 election. Separately, Republican Rep. Scott Perry yesterday declined the panel’s request to speak with him, a move that could set up a showdown between a staunch Trump supporter and the committee. Perry is the first known lawmaker the panel had reached out to for its investigation. His response raises the question of whether the committee will now move to subpoena a fellow House member, a step that could dramatically escalate political tensions between the panel and Republicans.

Russian President Vladimir Putin said his country has “every right” to “react harshly to unfriendly steps” as the US and NATO continue to pressure Moscow over its aggression towards Ukraine. The US and its allies have warned Russia about the consequences of further hostilities amid its continued military buildup near the Ukraine border – a move that US intelligence has assessed as preparation for a full-scale invasion early next year. NATO’s Secretary General said yesterday that while the alliance is ready to engage in “meaningful dialogue” with Russia, it will continue to support Ukraine “politically and practically.” Russia has amassed thousands more troops along its border with Ukraine in recent days.

The world’s biggest commercial aircraft makers are asking the Biden administration to delay the rollout of 5G cell service next month. The CEOs of Boeing and Airbus Americas sent a letter to Transportation Secretary Pete Buttigieg that says the planned January 5 rollout could cause interference that could “adversely affect the ability of aircraft to safely operate.” At issue are instruments known as radar altimeters that pilots need to make safe landings in low-visibility conditions. An industry analysis says 5G interference could affect hundreds of thousands of flights each year, delaying planes or causing them to divert. The CEOs are asking the Biden administration to work with the FCC to limit the power of 5G transmissions near airports.

Video Ad Feedback
02:14 - Source: CNN
Your next flight could be delayed thanks to 5G network

Cooking is out. Campbell’s soup is in again

It’s one of the largest divorce settlements ever handed down by a UK court.

The “Spider-Man” actor is a man of his word.

America is running out of candy canes

The horror, the horror.

That’s how many stores Rite Aid said it’s closing to save about $25 million per year. After years of overexpansion, Rite Aid and other big pharmacy chains have struggled. CVS Health said in November it will close 900 stores over the next three years.

Ernie Reda, a 97-year-old World War II veteran who never got his high school diploma because he was sent to boot camp in 1943 – the year he was supposed to graduate. This week, Reda finally got his diploma in a special ceremony at the same school he attended nearly 80 years ago.

After 78 years of waiting, this 97-year-old WWII veteran finally got his high school diploma 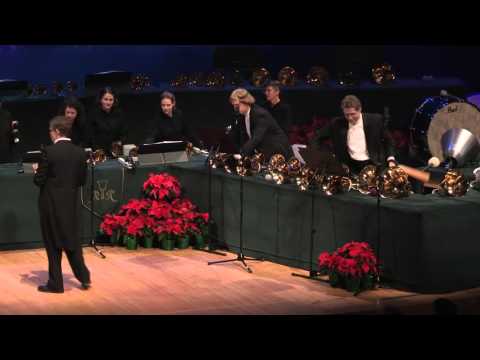 It’s lovely weather for a sleigh ride together – and be sure to keep your eye on the guy on the right. (Click here to view.)