TV OT: Why streaming has become the home for serious movies – and previewing the latest batch

For those needing additional evidence that streaming has thrown a lifeline to movies for grownups, look no further than this weekend, which brings three of them, with two hitting theaters for reasons that have more to do with award requirements than commerce.

Each of those films come with the pedigree of having actors behind the camera (a publicity bonus on the talk-show circuit), with George Clooney directing “The Tender Bar” (Amazon), an adaptation of journalist J.R. Moehringer’s memoir featuring Ben Affleck as the protagonist’s colorful uncle; and “The Lost Daughter” (Netflix), based on “My Brilliant Friend” author Elena Ferrante’s book, starring Olivia Colman in the first film directed by Maggie Gyllenhaal.

The third, “Swan Song” (Apple TV+), presents Mahershala Ali in a classic dual showcase. In a sci-fi concept set about 10 minutes in the future, he plays a dying man who must decide on replacing himself with a perfect replica imbued with all his memories.

And it doesn’t end there. Christmas Day marks the theatrical release of director Joel Coen’s stark black-and-white version of “The Tragedy of Macbeth,” starring Denzel Washington and Frances McDormand, something wicked that comes to Apple TV+ on Jan. 14.

For streaming services, these movies remain viable as a source of awards prestige and attention (big-name stars help with the latter), without the pressures associated with closely watched box-office opening weekends. Such dramatic fare has struggled at theaters, a dynamic significantly exacerbated by the pandemic, with “West Side Story’s” theatrical-only opening among the recent releases that have underperformed.

Qualitatively speaking, these movies – which are all courting award voters and year-end lists – represent a mixed bag. Here’s a brief preview to help decide whether to seek them out, either in theaters or (more likely) at home:

Clooney’s film has a folksy feel to it but not much in the way of urgency, following the young J.R. first as a boy and then as a college student played by Tye Sheridan. With his father largely out of the picture, he’s partially raised by his colorful uncle and an array of characters at the bar he runs, serving up a showy supporting role for Affleck, whose trending off-screen life at times overshadows his screen accomplishments. It’s earnest enough, but a flimsy attraction in the bigger scheme of things.

The Lost Daughter (in theaters, Dec. 31 on Netflix)

Olivia Colman stars in this taut little Netflix movie about a woman vacationing alone in an idyllic seaside town, before being drawn into a strange relationship with an unhappily married woman (Dakota Johnson), whose interaction with her young daughter evokes memories in Colman’s character of her dark past. (Jessie Buckley plays her in flashbacks.)

It’s an impressive directing debut by Gyllenhaal, and Colman is worth watching in almost anything, here in a film whose psychological aspects are somewhat offset by a somewhat unsatisfying conclusion.

Two-time Oscar winner Ali delivers a powerful performance as Cameron, the man facing a terminal illness, in what’s otherwise an underdeveloped movie, despite exploring provocative themes about what truly makes us human and how far we’d go – or what we’d sacrifice – to spare our loved ones the pain of loss.

Naomie Harris and Glenn Close co-star as Cameron’s wife and the scientist behind the procedure, respectively, the latter gently him through this process, as he struggles with the decision on whether to go through with it. The film raises all kinds of intriguing ethical questions, without completely working as a drama.

Shot in arresting black and white, Coen has created a stark and occasionally visceral retelling of Shakespeare’s play, which if nothing else is good news for lazy English students.

McDormand (the director’s wife) has seemingly been playing some variation of Lady Macbeth for a while now, but she and Washington bring considerable intensity to the proceedings and are surrounded by a stellar cast.

Granted, there’s a “Why now?” factor in sitting through another cinematic adaptation of Shakespeare, but the explanation for this title also applies to everything else mentioned here: Talent is drawn to these kind of character-driven, CGI-free movies, and streaming services have the money to spend and the shelves to fill.

As for the challenge such films face in theaters, the aforementioned Affleck summed that up well in an interview with the Hollywood Reporter, discussing the “seismic shift” that had begun even before the pandemic, with people preferring to watch certain kinds of movies on their increasingly excellent screens at home.

“People don’t want to go see dramas,” he said. “Then the pandemic hit, and ironically, one of the first few films that was rushed to streaming was ‘The Way Back,’ and people did see it. I said, ‘You know what? This isn’t bad.’ I would rather have people see this and watch it, and I don’t need to be stuck to the old ways. … You have to adapt with the times or you risk becoming a dinosaur.”

For many, that admission is accompanied by a heavy sigh. Yet when it comes to serious dramas migrating to streaming, he’s not alone in having resigned himself to going with the flow.

Can you smell the Christmas cheer?

CNN’s Sandra Gonzalez with a recommendation from this past week.

“If you missed the ‘Young Rock’ Christmas special, I highly recommend gathering the kiddos and watching it together. (It’s available to stream on Hulu.) In the episode, Dewey – the youngest version of The Rock portrayed on the show – learns an important lesson about the meaning of Christmas. I appreciated how a meaningful message was told through the eyes of a young person. So much Christmas fare for kids panders to them, and as ‘Home Alone’ and other greats have shown us, kids have the capacity to understand so much more than we give them credit for. It’s a fun watch for the whole family.” 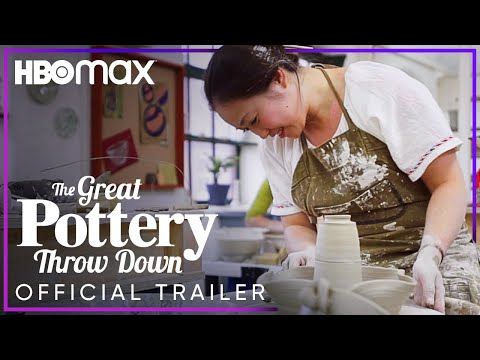 Another weekend recommendation from Sandra.

“During a Holiday Cheer Zoom, my colleague Radhika Marya suggested that I try ‘The Great Pottery Throw Down’ because I was going through ‘Great British Bake-Off’ withdrawal. I’m pleased to report that the show, which has had four seasons, delivered. Similar to ‘GBBO,’ the show is like micro-dosing soothing joy. What I enjoy most about these shows is the enthusiasm that people show for their crafts. In a time when we’re often too quick to mock anything or anyone who is too earnest (see: that Jeremy Strong profile), I say give me more of people being proud and passionate about what they love.”