TV OT: 10 shows turning 20 in 2022 and other anniversaries that will make you feel old

…And just like that, it’s time for this week’s TV OT. See what I did there?

As we come closer to closing out 2021, this curious cat decided to look ahead by looking back, researching what pop culture milestones were upon us in the new year. The results made me feel incredibly old. Apologies if it does the same to you. I invite you to share my agony.

Other anniversaries coming up in 2022

February 1 - “Late Show with David Letterman” premiered 40 years ago on this day.

April 30 - Twenty-five years since Ellen DeGeneres came out in 1997 on an episode of her sitcom titled “The Puppy Episode.”

September 8 - NY1 will celebrate thirty years on the air. 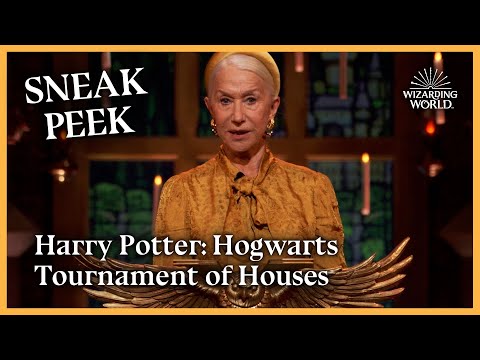 CNN’s Kendall Trammell gives a shout-out to some programming that’s put a spell on her:

“So you think you’re a die-hard ‘Harry Potter’ fan? Let’s see if you remember the third name in Professor Dumbledore’s alias. “Harry Potter: Hogwarts Tournament of House,” the quiz show hosted by Helen Mirren, puts everyone’s wizardry knowledge to the test. The bracket-styled game takes place over four episodes. The final two air at 8 p.m. ET this Sunday and Dec. 19 on Cartoon Network and TBS.”

For those in a “West Side Story” kinda mood: Turner Classic Movies is airing the original film Friday night at 8 p.m. ET.

CNN’s Brian Lowry gave solid scores to the remake, writing earlier this week: “The new ‘West Side Story; doesn’t entirely answer the most obvious question, which is why essentially remake a 60-year-old classic. Director Steven Spielberg nevertheless justifies the effort as a dazzling showcase for this generation’s talent, in a film whose ties to lyricist Stephen Sondheim, who died last month, adds to its emotional resonance.”

Brands that deserve an apology from TV shows

Milo Ventimiglia as Jack in 'This Is Us.'
Ron Batzdorff/NBC

The statement from Peloton regarding the [big, honking ‘…And Just Like That’ spoiler alert here] death of Mr. Big that the company gave to the Los Angeles Times was the best thing I’ve read all week.

In the statement, Dr. Suzanne Steinbaum, a preventative cardiologist and member of Peloton’s health and wellness advisory council blamed Big’s post-Peloton ride demise on “an extravagant lifestyle,” noting that Big lived a life that included “cocktails, cigars, and big steaks.”

“Riding his Peloton Bike may have even helped delay his cardiac event,” the statement said.

Hear that, Carrie, you should be thanking them.

Peloton seems to have a solid defense lined up, but in my head, I’m going to catalog them among the brands that have been done a little dirty by TV.

Other examples: “This Is Us’s” killer Crockpot that caused the fire that ultimately killed Jack. Blimpie’s, which was shaded in the “30 Rock” season finale. Bazooka Joe gum, which was once described on “30 Rock” as being like “chewing a mountain that someone shot a Freeze-Ray into.” Arby’s, which took several slams during the run of “The Daily Show with Jon Stewart.” Mountain Dew, which, to be fair, probably has been slammed worst than it was on “The Simpsons,” but the line remains iconic and good judgment. When in doubt, “take the crab juice.”