By David Williams, CNN
Updated 9:16 AM EDT, Mon June 13, 2022
Link Copied!
Ad Feedback
Randy Bachman holds the guitar he plans to trade for the 1957 Gretsch 6120 Chet Atkins that was stolen from him in 1976. The two guitars are almost identical, he says.
From Bachman & Bachman/Youtube
CNN  —

Decades after it was stolen, Canadian rock star Randy Bachman says he’s finally found the rare guitar he used to write hits like “American Woman” and “Takin’ Care of Business” after an internet sleuth tracked it down in Japan.

Bachman, of The Guess Who and Bachman-Turner Overdrive fame, said he was heartbroken when the 1957 Gretsch 6120 Chet Atkins guitar was stolen from a Toronto hotel in 1976.

“Part of me was lost,” the 78-year-old told CNN, comparing the theft to the death of a family pet.

The orange Gretsch, like the ones played by his idols Chet Atkins and Duane Eddy, was the first really expensive guitar he owned and he had to work hard as an 18-year-old to earn the $400 he needed to buy it.

“So I have a paper route where you make, like, two bucks a week delivering the paper, you mow a lawn for a dollar, you babysit someone, you get a dollar, you’re working at a car wash and you’d get 50 cents an hour. This is way, way back,” he said. “So to save the 400 bucks was a big, big, big deal.”

Bachman said he used to have a 12-foot-long tow chain that he would use to lock the guitar to something secure if he had to leave it when he was on tour, but on that day, the band’s road manager wasn’t as careful.

He called the Ontario Police and the Royal Canadian Mounted Police to file reports, but they told him he’d probably never see the guitar again.

Bachman said he’s told the story many times over the years on his radio show and on the YouTube channel he started during the Covid-19 pandemic with his son, Tal Bachman, who had the 1990s hit “She’s So High.”

Fan William Long came across the video after listening to some The Guess Who songs on YouTube and decided to get in on the search.

Long researches the infamous D.B. Cooper skyjacking case in his spare time and was looking for something different to do last year when he was mostly stuck inside because of the pandemic.

“My wife does jigsaw puzzles on the internet, and I thought, ‘I prefer to do real-life puzzles,’” Long said.

He conducted elaborate internet searches to find photos of every orange Gretsch he could find and compared them to a video of Bachman playing the song “Lookin’ Out For #1” on Dutch television with Bachman-Turner Overdrive.

A close up of Randy Bachman's guitar shows a dime-sized ring near the knob he's adjusting.
TopPop/Youtube

Long said Bachman’s guitar had some some distinctive patterns in its wood grain, which he was able to enhance on his computer.

He scoured the web for old sale listings and other sources in North America, Australia, the United Kingdom and Germany before he finally found a clue.

He tracked the guitar to a Tokyo vintage guitar shop, which had sold it, and then was able to find a video of Japanese musician Takeshi playing Christmas songs on the guitar.

“You can clearly see (that) all the grain and the marks and the fading on the guitar matches 100%,” Long said. 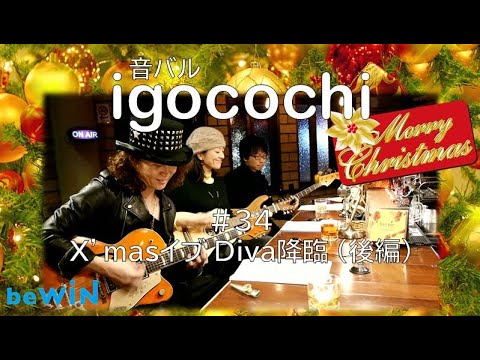 He spent two or three weeks looking for the guitar, mostly after work while watching TV, and then he had to get the information to Bachman.

Long lives in White Rock, British Columbia, not far from where Bachman once lived, but he didn’t know how to reach the rock star.

He said Bachman was shocked when he finally reached him.

“I see the guy playing my guitar, MY guitar, I can tell by the grain on it and I’m stunned. It’s like somebody hit me in the face with a shovel,” Bachman said. “It’s just unbelievable, because I’ve been searching for this forever and basically gave up on it.”

Bachman said his daughter-in-law, KoKo, is from Japan and was able to arrange a Zoom call with Takeshi and translate the meeting.

The same small ring is visible in this 2019 video of TAKESHI playing the guitar.
Bewin/YouTube

He said he was tearful when Takeshi, who he described as the Japanese Brian Setzer, showed him the guitar on camera after all these years.

He said whoever stole it took good care of it, because it looked the same as it did back in 1976.

Bachman explained that he’d written many of his biggest hits on the stolen guitar and that “It is a very incredible, one-of-a-kind guitar that is part of me.”

“And he says, ‘Well, I didn’t steal it,’ and I said, ‘Of course, you weren’t even born when this thing was stolen, but you have it,’” Bachman said. Takeshi offered to return the guitar because he understood how important it was to Bachman.

Bachman said he would trade it for an identical Gretsch if he could find it.

Only a handful of guitars like this were made and they’re pricey, so finding one in near-mint condition was going to be another challenge.

But Bachman had built relationships with guitar dealers around North America during his quest to reclaim the guitar. He’d also amassed a collection of more than 350 Gretsch guitars over the years that he sold to the Gretsch family’s foundation in 2008 for their museum.

A guitar shop in Ohio had what Bachman needed, and based on the serial numbers, the two guitars were probably made in the same week, he said.

“When I first strummed this guitar at the music shop in Tokyo, it spoke to me like no other guitar I’ve ever played. I knew and felt it was destiny – I immediately and impulsively purchased it,” Takeshi said in a statement that was translated by KoKo.

He said the guitar’s connection to Bachman made it even more special.

“Every time I think about how this guitar has impacted and influenced Rock N Roll music that inspired me and other rockers in my generation, I get so excited,” the statement said. “I’m so honoured and proud to be the one who can finally return this stolen guitar to its owner, the rock star, Mr. Bachman who was searching for it for nearly half a century and I feel very grateful for this miracle happening in both our lives.”

Now they just need to make the swap. Bachman is getting ready to travel to Japan where they plan to make the exchange on July 1.

They also want to jam together at the nightclub where Takeshi filmed the video that led to the guitar’s discovery – they’ll play “Takin’ Care of Business” and Bachman said he’s going to learn one of Takeshi’s songs.

“This guy is my guitar brother. Takeshi is my brother,” Bachman said. “I can’t even talk to him because he’s Japanese, he doesn’t understand me, but when we play the guitar together on Zoom, there’s this connection.”

Bachman said they’ve been collecting video footage throughout the experience in the hope of turning it into a documentary. He wrote a song about his lost guitar while working on a new Bachman & Bachman album with his son, and he said it will probably go on the soundtrack.

“To me, it’s the most incredible Cinderella story of all time, except that when midnight comes the guitar won’t turn into a pumpkin, and neither will I, and I’ll actually have my guitar back at the end of the story,” Bachman said.

Correction: A previous version of this story incorrectly reported that Takeshi suggested exchanging the guitar for an identical guitar. It was Bachman.