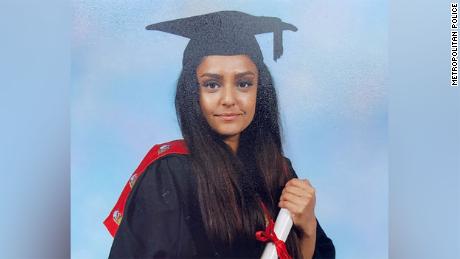 Explainer: What is femicide and how bad is it globally?

(CNN)Before the murder of Sabina Nessa, a 28-year-old primary school teacher killed in London, some were already speaking of a "femicide epidemic." But what is femicide?

Here's what you need to know about the term, how different parts of the world compare and what can be done to reduce femicides.

Femicide, also known as feminicide, is the most extreme form of gender-based violence (GBV) and is defined as the "intentional murder of women because they are women."
According to the World Health Organisation (WHO),"most cases of femicide are committed by partners or ex-partners, and involve ongoing abuse in the home, threats or intimidation, sexual violence or situations where women have less power or fewer resources than their partner."
Read More
Femicides fall into two categories: intimate and non-intimate femicide. The former refers to the killing of women by current or  ex-partners, while the latter encapsulates the killing of women by people with whom they had no intimate relationship. This includes women killed during armed conflict as a weapons of war; so-called "honor" killings, where a woman is killed for allegedly bringing shame to her family; the murder of women because of their race or sexuality; femicides perpetrated by other women, acting as "agent(s) of patriarchy;" and the killing of transgender women.

How big is the problem?

There is no global, standardized or consistently recorded data on femicide.
The United Nations Office on Drugs and Crime's (UNODC) most recent global report on homicide was published in July 2019, presenting data from 2017. That year, 87,000 women around the world were intentionally killed -- more than half of them (50,000) by intimate partners or family members. The total number is up from an estimated 48,000 in 2012.
But the problem is probably bigger. The "data gaps mask the true scale of violence" wrote the European Institute of Gender Equality, whose EU-wide survey results on GBV are expected in 2023.
<img class="media__image media__image--responsive" alt="Friends and relatives of Fernanda Olivares placed flowers, banners and candles in front of the Palace of Fine Arts in Mexico City, on July 4, 2021, demanding justice for her death. Diego Helguera, who ran her over o