Today is the last day for Congress to get some sort of stopgap bill in order to avoid a government shutdown at midnight. Senate Majority Leader Chuck Schumer said last night that a deal had been reached, and both the Senate and the House will likely vote on a continuing resolution today to keep the government funded at current levels for a set time period. While both chambers are expected to approve the measure, there’s no room for error. Meanwhile, the House voted once again to suspend the nation’s debt limit until December 2022. It passed a similar measure last week that included a provision to avoid a government shutdown, but Senate Republicans blocked it. This bill, which needs 60 votes to pass, is also expected to fail in the evenly split Senate, leaving the US vulnerable to a catastrophic default in mid-October.

The CDC is seriously urging pregnant Americans and those who have recently given birth to get vaccinated against Covid-19. Only 31% of pregnant people have been vaccinated, according to CDC data, and thousands of pregnant women and new mothers have ended up in the hospital because of the virus. Overall, however, the numbers of Covid-19 deaths and hospitalizations are projected to decrease over the next four weeks – the first anticipated decline since June. Currently, an average of nearly 2,000 people die and about 114,000 people are infected with Covid-19 every day, according to data from Johns Hopkins University. And if you’re wondering whether you’re eligible for a booster shot and should get the jab, CNN Medical Analyst Dr. Leana Wen has some expert advice.

A new Supreme Court term starts Monday, and it will see the nine justices take the bench in person for the first time in a year. The term is already set for a tumultuous start after the court’s recent 5-4 vote allowing a controversial Texas abortion law to go into effect. Since then, some justices have had to defend the court from accusations of politicizing decisions. Others, including Justice Sonia Sotomayor, have openly expressed frustration with the case. Among the biggest cases on the SCOTUS docket this term are a significant Second Amendment case concerning a New York concealed carry law and a direct challenge to Roe v. Wade.

Some 4,600 Haitians have been removed from the US since the government started repatriation flights last week from Texas to Haiti to alleviate a massive migrant camp at the southern US border. Since then, the Department of Homeland Security has conducted 43 such flights. The last remaining migrants left the border site Friday, and those who weren’t returned to Haiti either turned back at the border, were moved to US Customs and Border Protection processing centers or were released into the US. Immigrant advocates and many Democratic lawmakers have decried the Biden administration’s repatriation flights, since Haiti is facing widespread humanitarian challenges after devastating earthquakes and economic and political hardship.

Kim Yo Jong, the younger sister of North Korean leader Kim Jong Un, has been promoted to the State Affairs Commission, the nation’s top decision-making body. As the country’s chief propagandist, Kim Yo Jong was already an important political figure and is known to be one of Kim Jong Un’s most powerful and trusted confidantes. But this elevation to the country’s core committee of decision makers appears to officially cement her role in North Korea’s leadership. Her rise comes at a key moment in North Korean and South Korean relations. She has come down hard in the past on inter-Korean relations, but her brother just said he would restore communication lines between the countries. Now, South Korea is poised to reopen the hotline.

In the coming weeks, Ghana’s parliament is set to debate a draft bill – framed in the guise of “family values” – that seeks to introduce some of the harshest anti-LGBTQ laws on the African continent. The prospect of it passing is pushing the country’s LGBTQ community into the shadows. LGBTQ Ghanaians have been left asking how things got so bad, so quickly, and Western diplomats say they have been caught by surprise. But what one Ghanaian activist calls a “homophobe’s dream bill” has deep roots in Ghana’s religious community. It also found key inspiration from a US ultra-conservative group with Russian ties.

Former French President Nicolas Sarkozy has been sentenced to one year in prison for illegal campaign financing in his failed 2012 reelection bid. He is now the first French head of state in modern times to receive two jail terms. Sarkozy could end up serving the sentence by wearing an electronic bracelet at home.

Now, now, it’s not a competition. All the giant Jesus statues are equally impressive.

You could say Dollar Tree is … branching out.

US Postal Service will slow down some mail delivery starting Friday

That won’t stop us from anticipating our packages like someone waiting for their lover to return from war.

It’s somehow even more ominous than it sounds.

Speaking of ominous … (no one’s currently in danger, though).

Bacon prices have skyrocketed to record levels, and they might not go down anytime soon

Bacon has always felt a little like a luxury. And now, well, it has a price tag like one, too.

Video Ad Feedback
Prices are going up on almost everything. Here's why
02:20 - Source: CNN Business

That’s how many species of birds, fish, mussels and other wildlife are set to be declared extinct and removed from the endangered species list. The US Fish and Wildlife Service said such extinctions or sharp declines can be a wake-up call and reminds people how deeply human activity affects wildlife.

“Britney deserves to wake up tomorrow without her father as her conservator.”

Mathew Rosengart, attorney for Britney Spears, during a court hearing yesterday regarding Spears’ conservatorship. A Los Angeles judge suspended Jamie Spears, the singer’s father, as conservator of her estimated $60 million dollar estate and designated a temporary replacement to oversee her finances. 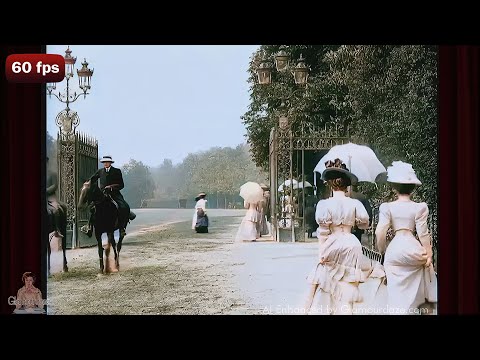 Enjoy a brief glimpse of the Bois de Boulogne, a park in Paris, circa 1900. This old footage has been colorized and enhanced through AI, so it feels eerily modern. (Click here to view.)