A new set of European tech rules meant to boost competition in online services will change the way people interact with major tech companies like Apple, Google and the like – and the effects could be seen far outside of Europe.

Democratic factions are splintering as party leaders desperately try to keep President Biden’s legislative agenda afloat. Some progressives are revolting over Speaker Nancy Pelosi’s plan to hold a vote tomorrow on a roughly $1 trillion bipartisan infrastructure bill before striking a deal on a multi-trillion-dollar spending package expanding the social safety net. The infrastructure bill is a priority for moderate Democrats, while the spending package, known as the Build Back Better Act, is championed by progressives. As patience wanes, Democratic leaders want Sens. Joe Manchin and Kyrsten Sinema, two key moderates, to make their intentions on these important agenda items known so Dems can gauge their likelihood of success. Meanwhile, the clock is ticking on a government shutdown, which needs to be addressed by the end of tomorrow, and the debt ceiling, which is looming October 18.

The Delta variant surge could be the last major wave of infection the US sees, one expert says, but only if people protect themselves in the treacherous fall and winter months to come. That period will bring a dual threat of Covid-19 and the flu, so health officials are urging people to get vaccinated for both. Long-term, Covid-19 could become a seasonal threat much like the flu, which could lead schools and businesses to make seasonal changes like avoiding high-density gatherings. Parents waiting for news on child vaccinations are going to have to wait a bit longer: Pfizer and BioNTech said they have submitted Covid-19 vaccine data on children ages 5 to 11 to the FDA for initial review but not yet submitted a request for an emergency use authorization.

Top military leaders were grilled by a Senate committee yesterday on the deadly US withdrawal from Afghanistan. Secretary of Defense Lloyd Austin, Chairman of the Joint Chiefs of Staff Gen. Mark Milley and head of US Central Command Gen. Frank McKenzie punched holes in Biden’s defense of the process and painted a dire picture of post-withdrawal Afghanistan. Milley characterized the withdrawal operation as a “logistical success but a strategic failure,” and said US credibility was damaged by it. Both Milley and McKenzie said the war on terror is not over. McKenzie said he believes it will be harder now to keep terrorist organizations in check. The generals also said they warned Biden that the Afghan military would collapse if the US were to fully leave the country.

The UK is facing critical fuel shortages, sparking panic among buyers and leading Prime Minister Boris Johnson to enact emergency measures. The UK government announced yesterday it is putting 150 military tanker drivers on standby to deliver fuel to stations if necessary and insisted the crisis doesn’t hinge on a shortage of fuel itself but supply chain issues. The government has authorized more than 10,000 temporary UK visas to attract foreign drivers and stem supply chain problems going into the holiday season. Though Johnson has said the crisis is starting to ease, related issues like rising energy bills and worker shortages continue to drag down the UK’s economic recovery.

Indigenous Canadian leaders and survivors of Canada’s residential schools met with Pope Francis at the Vatican on Monday, seeking a papal apology for the Catholic Church’s role in the deadly and damaging residential schools system. Hundreds of unmarked graves were discovered last year on the grounds of former residential schools in British Columbia and Saskatchewan, and Canada’s Truth and Reconciliation Commission has reported that more than 4,000 Indigenous children died either from neglect or abuse at the schools, many of which were run by the Catholic Church. During this week’s meeting, the delegation asked the Pope to consider if the church should use its resources to help with work linked to the discovery of unmarked graves on residential school properties.

US senators on the Homeland Security Committee have introduced new legislation to mandate reporting on cyberattacks and ransomware payments among critical infrastructure companies. The bill would require such companies to report to the Cybersecurity and Infrastructure Security Agency within 72 hours if they are experiencing cyberattacks. It also includes a provision to start a program to warn organizations of vulnerabilities that ransomware actors exploit. The Biden administration just released new security guidance aimed at protecting sensitive US facilities from hacking. US officials also just deported a key player in the Russian cybercrime world who was convicted and sentenced in 2020 for his alleged role in a fraud scheme.

We still don’t know what debonair person will step into his well-polished shoes.

Video Ad Feedback
Bond is back. 'No Time to Die' premieres after pandemic delays
02:14 - Source: CNN

Time to celebrate the most rotund, Rubenesque, roly-poly, rapturously round bears out there!

That’s how much Chinese conglomerate Evergrande recently raised in much-needed cash to alleviate its global economy-threatening debt. It has another bond interest payment due today, and it may take much more than this astronomical sum to save the flailing company – and prevent major impacts to world markets. 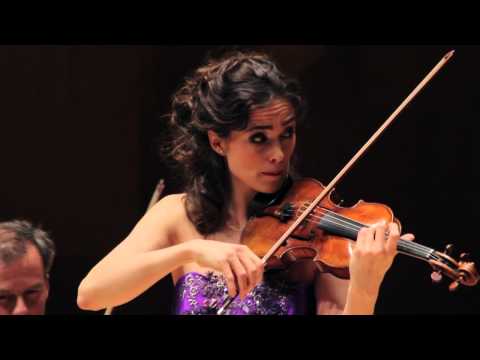 “Autumn” is perhaps the least well-known of Antonio Vivaldi’s “Four Seasons.” But this delightful concerto, meant to evoke people celebrating the bountiful harvest season, is a great accompaniment to your pumpkin-spiced brew of choice. (Click here to view.)