It’s 100 days until the Tokyo Olympics, and Japan is running into another problem: Only about 1% of its population is vaccinated from Covid-19.

Colder weather is coming, which means a higher risk of Covid-19 transmission as people spend more time indoors. It’s well known that increased vaccination rates can mitigate this risk, and more and more leaders are employing vaccine mandates to provide that protection. Mandates work, too, according to CDC Director Dr. Rochelle Walensky, but they can introduce other problems. New York, for instance, is prepared to deploy the National Guard to plug any health care vacancies that arise from the state’s vaccine mandate for hospital workers that went into effect overnight. A poll of recently vaccinated people shows it’s not just mandates that spurred them to get the shot. Among those vaccinated since June 1, 39% said they were motivated by the Delta variant, 38% by the growing burden of Covid-19 on hospitals and 36% by knowing someone who became seriously ill or died.

Secretary of Defense Lloyd Austin, Chairman of the Joint Chiefs Gen. Mark Milley and US Central Command leader Gen. Frank McKenzie are all set to testify today before a Senate committee. The officials will undoubtedly face tough questions about the chaotic US withdrawal from Afghanistan and likely be expected to provide more information about the Biden administration’s plans for preventing Afghanistan from being a safe haven for terrorists. Milley’s testimony will be of particular interest, since it could include accounts from his final months in the Trump administration. Some Republicans have called for Milley to face consequences for reportedly bypassing then-President Trump to assure China that Trump would not stage an attack against it.

Senate Republicans blocked a House-passed bill yesterday to suspend the debt limit and avert a government shutdown. Now, there’s no clear plan among lawmakers to keep government funding from running out at the end of the month. Democrats tied the two measures together in hopes of forcing Republicans to vote in favor of suspending or raising the debt ceiling – something GOP leaders don’t want to do, despite the potentially catastrophic consequences. Republicans pinpoint the Democrats’ recent spending bills as the reason the debt ceiling needs to be raised and thus want no part of it. It’s possible Democratic leaders could now strip out the debt ceiling provision from the funding bill to meet the more immediate deadline of keeping the government open past Thursday.

Canada and China got into a heated spat in the final hours of the UN General Assembly over allegations of hostage diplomacy following the release of Huawei executive Meng Wanzhou. Canada’s foreign minister suggested Canadian nationals Michael Spavor and Michael Kovrig were imprisoned by the Chinese government in retaliation for Canada’s detention of Meng. A representative of China’s delegation later accused the US and Canada of keeping Meng under house arrest without “legal reasons.” Though the release of Meng, Spavor and Kovrig was supposed to mark the decline of a three-year point of tension between Canada and China, the conditions of their release – and reasons for their detention – are still a sore spot.

R&B singer R. Kelly has been found guilty on charges of racketeering and sex trafficking. Kelly faced nine counts in this federal case: one of racketeering, with 14 underlying acts that included sexual exploitation of a child, kidnapping, bribery and sex trafficking charges, plus eight counts of violations of the Mann Act, a sex trafficking law. He will be sentenced in May and could face decades in prison. The trial, which began in August, featured testimony from several alleged victims who said they were groomed, sexually abused and exploited by the singer. Some victims were underage at the time of the alleged abuse. Kelly also faces other criminal charges in Illinois for child pornography, obstruction and aggravated criminal sexual abuse; and in Minnesota for two counts of engaging in prostitution with a minor. He has pleaded not guilty to all charges and denies any wrongdoing.

Check your freezer so you’re not left hanging for the next movie night.

“That hamster’s got a strong crypto portfolio” is definitely a phrase from an alternate timeline.

The brand behind Silk and So Delicious wants to make a milk alternative that tastes like, well, milk

We are approaching the Non-Dairy Singularity.

And all of them dance better than you.

Leave it to humans to see an animal with beady eyes and razor-sharp claws and think, “Hey, I’m gonna love this thing!”

That’s how many victims’ remains are thought to be resting in Spain’s Valley of the Fallen, a mass grave for victims of the country’s 1936-39 civil war. Spain is planning to open the grave and begin exhuming remains in order to identify them.

That’s how much the gaming company Activision Blizzard will pay to settle a lawsuit by a US government agency alleging harassment and discrimination. The company is behind huge titles like Call of Duty, World of Warcraft and Candy Crush.

“If he hadn’t tried to kill the President, he would have been given unconditional release a long, long, long time ago.”

US District Judge Paul Friedman, who said he will approve a deal freeing John Hinckley Jr. from strict conditions of release that he’s been living with since he left a mental hospital in 2016. Hinckley tried to assassinate President Reagan in 1981, was found not guilty by reason of insanity and spent nearly 30 years at a mental facility.

“Inclusion and fairness can coexist for all student-athletes, including transgender athletes, at all levels of sport.” 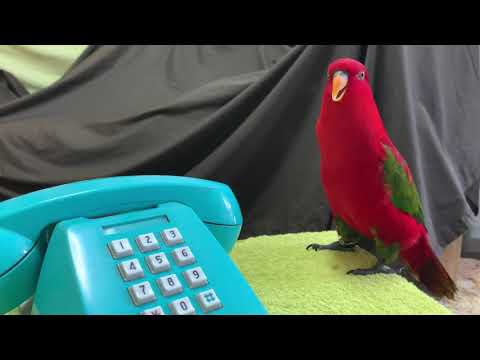 Hello, this is bird

Oh, that all of our business calls were placed to such a delightful correspondent. (Click here to view.)