Why Mark Zandi says the US economy will narrowly avoid a recession
Tesla delivers its first electric Semi trucks promising 500 miles of range
Why the Fed may finally loosen its grip
Something isn't loading properly. Please check back later.

Why Netflix is holding its own version of Comic-Con

Netflix is holding its first-ever global fan event, called “TUDUM,” this weekend. And the Comic-Con-like festivities represent a major moment in the streamer’s evolution.

TUDUM, named for the sound Netflix plays when viewers first open the app, is Netflix’s bid to solidify the fan communities around their biggest titles — and start competing with rivals who have long-standing, beloved franchises.

That’s always been a sticking point for Netflix: It’s the king of the streaming world with more than 200 million subscribers. Yet it doesn’t have the intellectual property of competitors like Disney+, Paramount+ and HBO Max (owned by CNN’s parent company WarnerMedia), which own brands like Marvel, Star Wars, Star Trek, DC and Harry Potter.

Netflix (NFLX) just doesn’t have that type of franchise power. At least not yet.

But Netflix has been building fandoms slowly yet steadily as it expands its catalog. The company is using TUDUM to remind people of that fact — and to solidify it.

TUDUM is a major production in the vein of Disney’s “D23 Expo” or DC’s “FanDome” fan events, featuring more than 70 series, 28 films and 145 Netflix stars.

The one day event will kick it off Saturday with three hours of showcasing trailers, stars and announcements from some of its most popular films and series like “Stranger Things,” “The Crown,” “Bridgerton,” “The Witcher” and “The Umbrella Academy.” The event is a virtual one, streaming across Netflix’s YouTube channels as well as Facebook, Twitter and Twitch and will be available in 29 languages.

But why does Netflix need its own FanDome or Comic-Con? 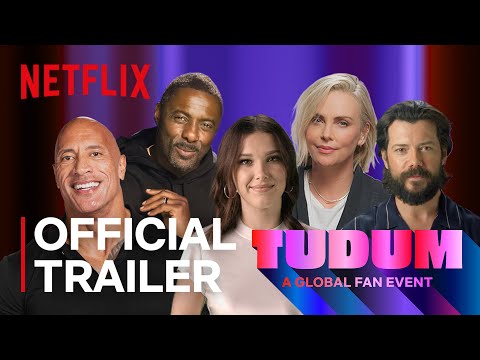 Must-see, popular content that millions of people are fanatical about is one of the best ways to grow a streaming service — even for the one that’s on top.

Pop culture has always been filled with long-running stories and characters that span the decades, and Netflix wants to be counted among the storied studios who are the keepers of those beloved tales.

Franchises are also an established way to attract and retain fans, helping ensure the company’s subscriber base and growth keeps Wall Street happy.

And TUDUM comes at a time when Netflix could use a bit of a boost on that point. While the service hasn’t stopped growing — it notched more than 25 million subscribers in roughly the last year — its subscriber growth has been so-so the last two quarters.

TUDUM won’t directly boost Netflix’s numbers. But it will allow Netflix to take over the pop culture consciousness for a day, and it could help retain existing subscribers and attract new ones in the future.

TUDUM and the franchise focus is also part of a larger strategy Netflix has embarked upon over the last year: making a deeper connection with consumers. For example, Netflix is expanding into gaming and selling Netflix-branded goods to consumers.

WASHINGTON, D.C., JANUARY 11, 2010. Nine-year-old Anthony Andrade reads Roald Dahl's 'The Giant Peach' with Kirkland & Ellis's paralegal Travis Lauchman as part of Everybody Wins! at the Marie Reed Community Center. Everybody Wins! is a children's literacy and mentoring nonprofit organization. Its purpose is to build the skills and love of reading while targeting mainly low-income elementary students. The organization brings volunteer mentors into schools for weekly one-on-one reading exercise. (Photo by ASTRID RIECKEN For The Washington Post via Getty Images)
Astrid Riecken/For The Washington Post/Getty Images

And Netflix announced Tuesday that it acquired the rights to the stories of Roald Dahl, with plans to create a “unique universe” of products based on them.

It’s the first time Netflix has acquired a company with this level of intellectual property. Dahl’s classic children’s books like “Matilda” and “Charlie and the Chocolate Factory” are stories that are perfect for building a franchise around: They’re well known, feature plenty of unique popular characters and are family-friendly while also being fiendishly adult.

Then on Thursday Netflix revealed it’s planning a follow up to the incredibly popular “Tiger King” true-crime docuseries.

Now, “Tiger King” is not a franchise per se — there’s unlikely to be a Joe Exotic cinematic universe anytime soon — but it’s yet another example of Netflix’s bid to build popular brands around familiar stories.