Reactions are continuing to roll in after President Biden announced new Covid-19 vaccine mandates last week for federal workers, large employers and health care staff. Consumer Brands Association, a trade group that represents big brands like Coca-Cola, Kellogg and Campbell Soup issued a letter today with questions about the plan, like how to ensure proof of vaccination. Arkansas Gov. Asa Hutchinson says he’s worried the new mandates will harden resistance rather than convince people to get the shot. In New York, one hospital has had to “pause” delivery of babies because of the number maternity unit employees who resigned over the state’s vaccine requirements. Dr. Anthony Fauci says more mandates could be required to get vaccination rates up. So far, 63% of eligible Americans are fully vaccinated.

House Democrats are expected to release a draft proposal of their $3.5 trillion budget package today. And Dems are looking to raise taxes for the country’s richest and corporations to pay for it, according to the latest details, which could change before the draft is released. These new tax thresholds would only affect people making more than $400,000 a year and businesses with income in excess of $5 million. The budget plan probably won’t have any Republican support, but Democrats hope to approve it through reconciliation, which under Senate rules means it can pass without any GOP votes.

The gubernatorial recall election in California is entering its final stretch as voters prepare to head to the polls tomorrow to decide the fate of Gov. Gavin Newsom. All registered voters in the state got a mail-in ballot, and of the millions of votes already cast, Democrats are outpacing their advantage in the blue state. The effort to oust Newsom, who was elected in 2018, was launched last year by conservative Californians critical of the Democratic governor’s record on immigration, taxes, the death penalty and the state’s homelessness crisis, among other issues. The effort gained steam amid criticism of Newsom’s handling of the pandemic. However, ousting Newsom also means replacing him, and Newsom and his Democratic allies have painted a dire picture of the pandemic’s future under the potential GOP candidates in the event the recall fight succeeds.

North Korea claims it successfully test-fired new long-range cruise missiles over the weekend, according to state-run media. The country’s announcement comes as South Korea’s top nuclear envoy heads to Japan today to discuss North Korea with US and Japanese officials. China’s foreign minister is set to visit South Korea this week as well. While the international community has long expressed concern over North Korea’s ballistic missile program, cruise missiles are a little different. They are propelled by jet engines and aren’t typically designed to carry nuclear warheads. Still, such systems are a threat to North Korea’s neighbors. The secretive nation has launched several missile tests this year to try to show off its advances and assert its importance.

The deadly rape of a woman last week in India has sent shock waves through the country and cast new light on India’s rape crisis. Activists have pointed out the case is similar to a notorious 2012 incident in which a woman died after being violently gang-raped. That tragedy led to a widened call for stricter laws on sexual assault. The number of reported rapes has risen since the 2012 incident, potentially because of a greater awareness of the issue. More than 32,000 cases of alleged rape against women were reported in 2019 – one roughly every 17 minutes – India’s National Crime Records Bureau said. A man has been arrested and is in custody in this latest attack.

Caution: You WILL get some of these songs stuck in your head today.

They’ve taken their five-year relationship to the next level.

A company will pay someone $1,300 to watch 13 horror movies in October

You couldn’t pay us $1.3 million to do that. Scaredy cats unite!

Sorry streamers, you’re going to have to get fully dressed and plan a pre-show bathroom routine again.

That’s how many acres California’s Dixie Fire has burned as of last evening. If it keeps spreading as expected, it will become a “gigafire,” a rare designation given to wildfires that consume more than a million acres.

“I want to applaud the courage of the numerous players, executives, and staffers for fighting toxic environments of racial insensitivity, sexual harassment, and micro-aggressions with their truth.”

Retired four-star Gen. Dan McNeill, who led coalition forces in Afghanistan from 2002 to 2003 and then US troops from 2007 to 2008. McNeill is among top US commanders in Afghanistan who reflects on the legacy and impact of the US presence in Afghanistan in the CNN documentary, “America’s Longest War: What Went Wrong in Afghanistan.” 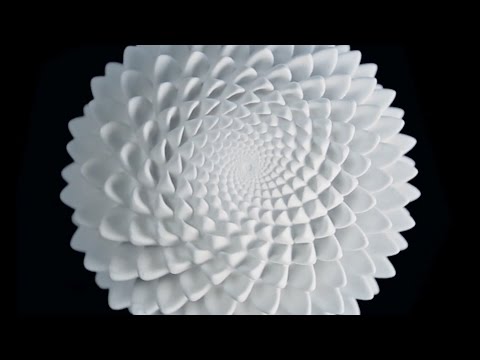 John Edmark’s art is all about trying to make the impossible possible. For instance, how do you create an endlessly unfolding fractal in real life? (Click here to view.)