Skiers and snowboarders pray for snow so they can shred the slopes. Climatologists and hydrologists have an entirely different and more critical reason to cross their fingers for the “white gold.”

The West’s historic drought has many impacts, including water shortages, more severe wildfire seasons and unprecedented heat waves, to name a few. Intense droughts are a result of many factors, one of which scientists have recently began to analyze with more scrutiny: snow drought.

Though the impact is most intense in the summer months, when rain is sparse and temperatures are high, droughts actually start to take shape during the winter.

One of the West’s largest and best water reservoirs is snow on mountaintops. Water falls as snow in the winter and stays frozen (ideally) through late spring. When the snow melts, the water runs down into rivers and fills human-made reservoirs, just in time for the summer heat.

Snow runoff is a critical fresh water source around the world; around a sixth of Earth’s population uses runoff for drinking, farming, power and other uses, according to the National Oceanic and Atmospheric Administration.

A snow drought in the West appeared early last winter, according to the National Integrated Drought Information System. The paltry snowpack, paired with well-below normal rainfall and extreme heat, is at the core of the region’s water-supply concerns.

On Thursday, the US Drought Monitor reported 93% of the West is in drought, the most expansive drought in that region in modern records.

The melt runoff is particularly critical in California, where snow on the Sierra Nevada provides about 30% of the state’s water. And one of the areas hardest hit by snow drought this year was the Sierra range.

California has three major reservoir types, said Claudia Faunt, a hydrologist for the California Water Science Center: Surface reservoirs – such as Oroville and Shasta – groundwater, and snowpack, which “melts and feeds the surface water system.”

Faunt told CNN the amount of water in the snowpack and the timing of when it melts is critical for surface reservoirs.

“Reservoirs are managed to have water available to meet the demands of farming and also recreation, and municipal supplies,” Faunt said. “If there’s not much snowpack or it melts a lot earlier, it impacts how reservoir operations are done and how much water is pumped from groundwater.”

'We have to act and act fast:' Biden says climate change is driving wildfires and historic heat wave

Michael Dettinger, a hydrologist for the US Geological Survey, said this year’s snowmelt runoff was bad on several fronts.

The first was the snow drought itself. By April 1, winter precipitation was just 50% of normal, and the snow that did fall contained 40% less water than it normally does.

The second problem was that the air in California has been so dry, the runoff evaporated before it reached the reservoirs.

“After April 1, when the snow that was there started to melt in earnest, the runoff that you would normally expect to show up just didn’t,” Dettinger said. He added that even with the low snowfall, “if runoff had been normal … we’d be in a drought, but maybe one that was only half as bad.”

Snow that is typically sustained well into the summer was gone months before it should have been, Dettinger said. Now, all of California’s major reservoirs are well below their historical averages. 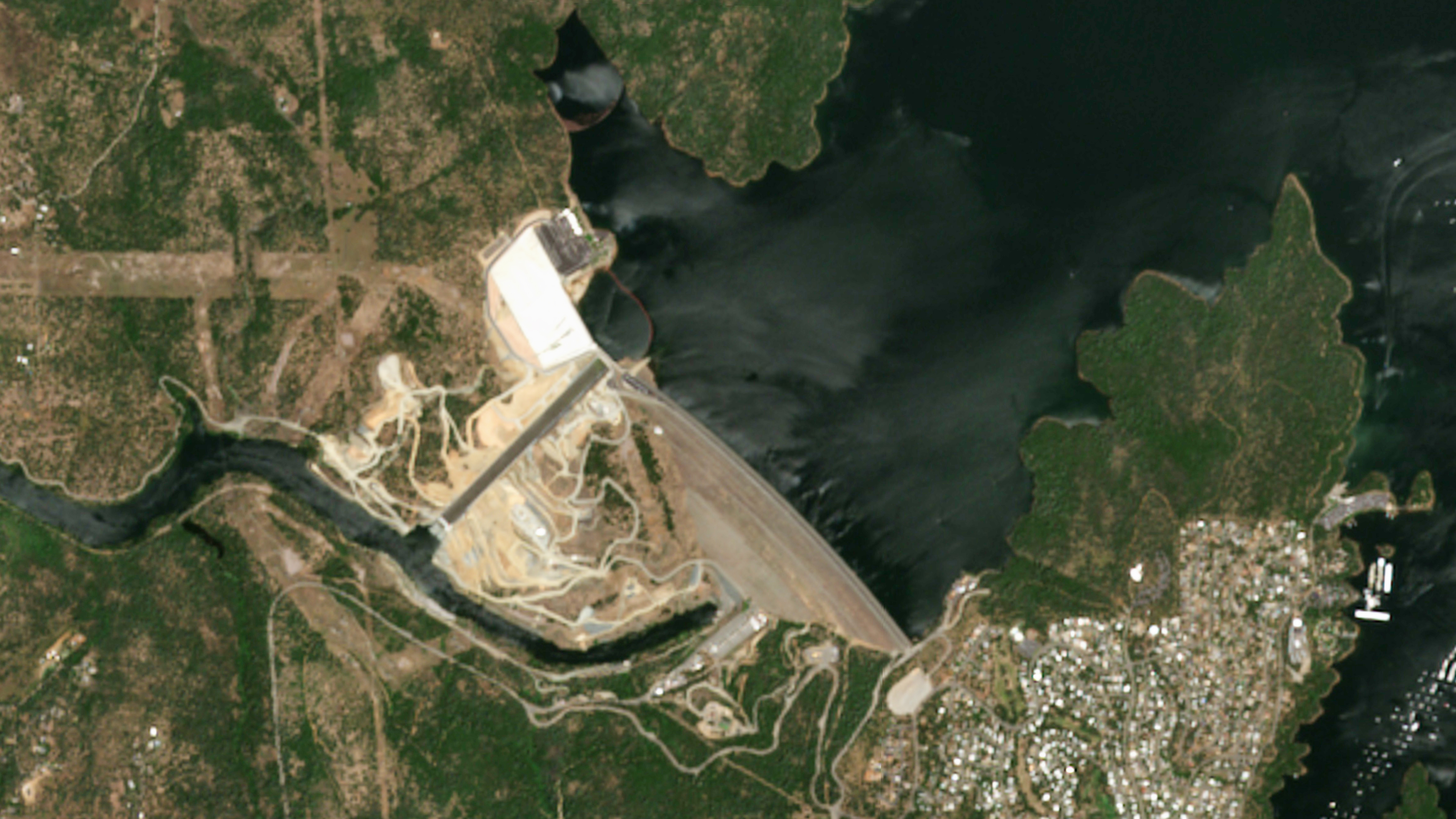 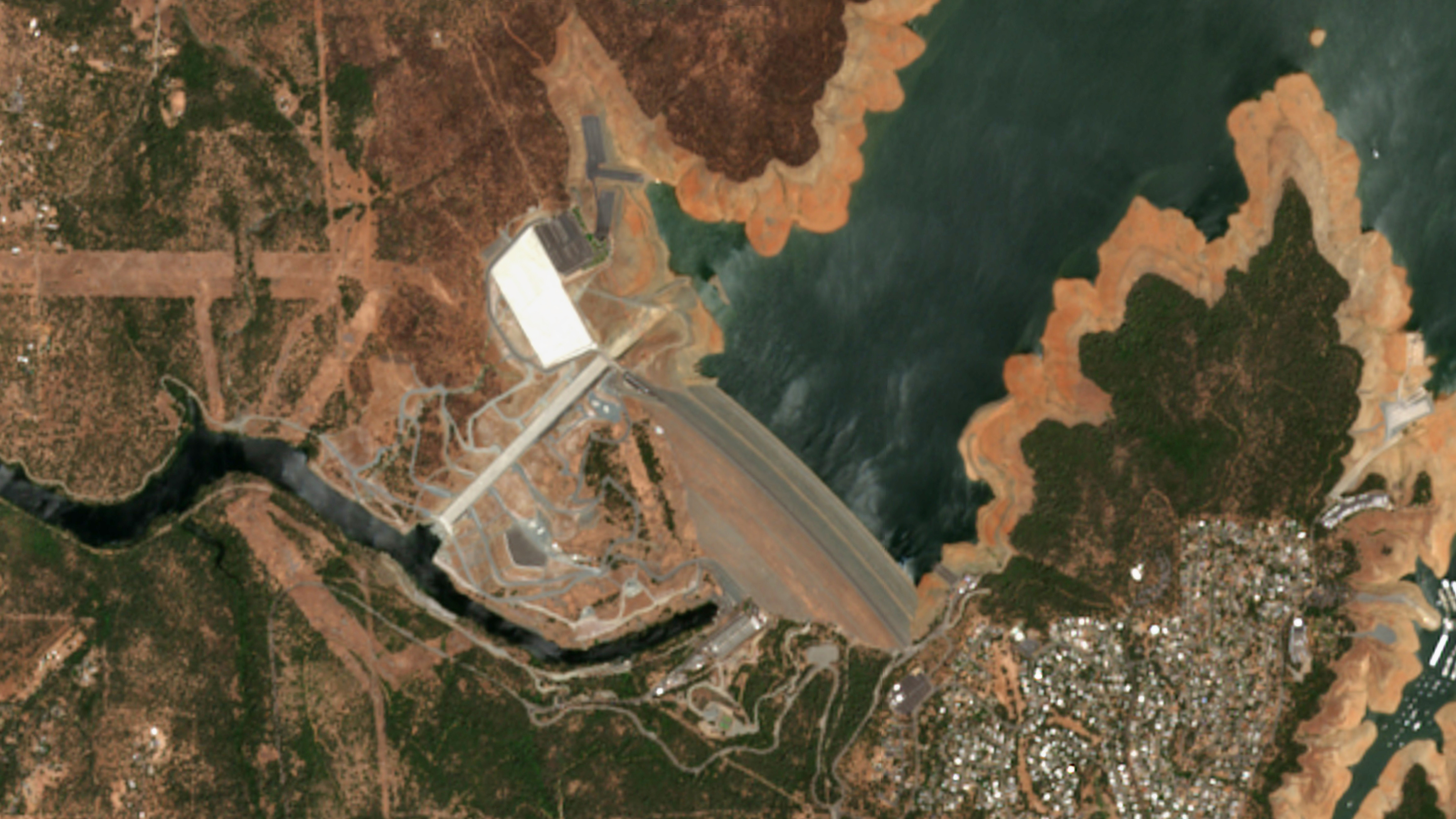 Shasta Lake, the state’s largest reservoir by volume, is about to break it’s low-water record. The current record was set in the 1924 water year, according to the National Weather Service.

The water shortage is just one of the impacts of California’s snow drought. The wildfire season is starting earlier and ending later each year, largely due to climate change.

So far this year, more than 3,500 wildfires have sparked across California. That’s more than 1,000 higher than what was normal over the past five years. Fires are also starting more frequently, and much earlier.

Faunt says that one of the biggest problems Californians are facing is the ability to adapt to the changes in runoff due to the climate crisis.

“The increase in temperatures like we’re having right now tends to make drought more severe and changes the type of precipitation to where we have a lot more heavy downpours,” says Faunt. “The atmospheric rivers deliver most of California’s annual rainfall and they’re tending to become more intense as the atmosphere warms up.”

Heavy downpours may sound like a good thing, but Faunt said that it’s much more difficult to efficiently manage the downpours in California’s water infrastructure to be able to make the water useful.

What’s needed is an efficient way to conserve the available water sources, and better utilize steady sources like snowpack in years it is plentiful.

As the climate changes, the consistent, reliable nature of snowpack becomes more important. But warmer average temperatures and extreme heat waves are melting what is left of the California’s snowpack more rapidly, and drier air is evaporating the runoff.

Water supply issues will continue to escalate as long as careful monitoring of snowpack and extreme heat events aren’t considered in water management plans, according to NOAA’s Climate Program Office. As research expands into the types and impacts of snow drought, the understanding of one of the West’s most important water resources will broaden with time.