If you shop at large retailers like Costco, Walmart, and Target, you’ve probably noticed that next to many name-brand products are cheaper in-house alternatives. Those store brands – like Kirkland Signature, Great Value, and Simple Truth – have never been more popular, especially among inflation-fatigued shoppers. But have you ever wondered who’s behind them? CNN Business did a little digging and found some of their hidden makers.

The partial collapse of a residential building near Miami has left 159 people unaccounted for and four confirmed dead. Search and rescue operations are ongoing, and officials are trying to stay hopeful that the missing can be recovered. Nearly 55 of the 136 units at Champlain Towers South crumbled around 1:30 a.m. yesterday, leaving huge piles of rubble and materials dangling from what remained of the structure. The cause of the collapse is still unknown. The tragedy has reached past the US as nationals from Paraguay, Venezuela, Argentina, Uruguay and possibly Colombia are among the missing. This includes Paraguayan First Lady Silvana López Moreira’s sister, brother-in-law and their three children. Members of the city’s Jewish community are also among the missing, according to faith leaders. Follow live updates here.

A new and slightly different version of the Delta coronavirus variant is spreading in countries including the United Kingdom, the United States and India, health officials say. It’s called the Delta Plus variant, and it could be even more contagious than the Delta version. So far, about 200 cases in 11 countries have been identified. Meanwhile, more than 1 in 10 people who got one dose of the Pfizer/BioNTech or Moderna vaccine in the US have missed their second dose, according to CDC data. That could leave people more vulnerable to dangerous coronavirus strains like the Delta variant.

We’re learning more about the bipartisan infrastructure deal struck between the White House and Senate lawmakers. The $1.2 trillion plan includes $109 billion for roads, bridges and other infrastructure projects, $55 billion for water infrastructure and $73 billion for the nation’s power structure. Other areas of spending include transit, airports, broadband internet and electric vehicles. The bill still falls far short of President Biden’s original $2.25 trillion plan, and how to fund and pass it is still being worked out. Still, the deal is seen as a big win in Washington because of the hard-won bipartisan cooperation. More promising news: Congressional negotiators working to overhaul the nation’s policing laws say they’ve “reached agreement on a framework” for a bill.

New anti-LGBTQ crackdowns in Hungary and Malaysia are drawing international condemnation. Hungary’s parliament this month passed legislation banning all educational materials and programs for children that are considered to promote homosexuality, gender reassignment or similar concepts. The Dutch Prime Minister now says Hungary “has no place in the EU anymore” because of the new law. In Malaysia, a government task force has proposed amendments that would allow social media users to be punished for “promoting the LGBT lifestyle,” as well as insulting Islam. Same-sex acts are illegal under Islamic law in the Muslim-majority country, though convictions are rare. The proposal comes amid concern over growing intolerance toward the LGBTQ community in Malaysia in recent years.

The school district in Uvalde, Texas, the site of a school massacre in May, is looking for an interim police chief as Pete Arredondo awaits his termination hearing, according to a report. Arredondo was placed on unpaid leave following his highly-criticized handling of the shooting at Robb Elementary School on May 24, in which 19 children and two teachers were killed. Officials have said Arredondo was the on-scene commander during the shooting, but the chief has disputed that, saying he did not believe he was in charge. Separately, the community’s school board president confirmed the district has zeroed in on a property to replace Robb Elementary. The community’s superintendent also reaffirmed students will not return to the campus because many are still traumatized by the violence.

The UK and Russia exchanged a few tense moments this week after a flare-up between a Royal Navy warship and Russian forces near Crimea, and Britain’s allies and adversaries are taking note. The Royal Navy sailed the destroyer HMS Defender through waters near Crimea, and British ministers insisted it was legal passage. But Russia accused the UK of “deliberate, planned provocation.” It was rough timing for a conflict between the two nations, since the United States and its partners, including Britain, will kick off the annual Sea Breeze exercises in the Black Sea region in the coming days. The tense exchange also comes as some EU members are considering new and open dialogue with Russia.

Our TV sets will be a little less coiffed.

Cubs pitcher Zach Davies and 3 relievers just threw the 7th no-hitter of the MLB season. That ties the modern-era record

These boys are DEALING.

Ferrari says its new supercar is fast and powerful, but it’s mostly about having fun

Because everyone deserves the “I’ve got my life together” feeling of wearing nice underthings.

The chicken sandwich wars are a thing of the past. The plant-based burger wars are nigh!

Ex-officer in George Floyd case will learn his punishment

Derek Chauvin, the former police officer who killed George Floyd last year on a Minneapolis street, is set to be sentenced today to a potentially lengthy prison stay. Chauvin, 45, was convicted in April of second-degree unintentional murder, third-degree murder and second-degree manslaughter.

A New York appellate court ruling suspending Rudy Giuliani from practicing law in the state. The court found Giuliani made “demonstrably false and misleading statements” about the 2020 election.

Gibbon on the Monkeyland bridge 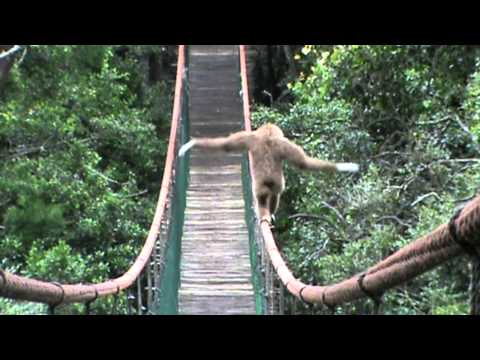 This monkey has incredible balance and seems to be having the time of its life. What more could you want? (Click here to view.)