Amber Ruffin: I didn’t think there was a space for me in late-night

When the first episode of NBC’s “Tonight” show debuted in 1954, it had only one job: Be more interesting than watching nothing at all.

In those days, “network television shows all ended around 11 o’clock,” explains veteran comedy writer David Pollock in CNN Original Series “The Story of Late Night.” Soon a flag would wave, a test pattern would emerge, and by the time the network went to static you knew it was time for bed.

There was so much room for experimentation in late-night programming, Entertainment Weekly editor Sarah Rodman adds, “they literally could have done anything.”

Except, it seems, hire a woman or person of color to host. Fast forward 67 years, and not a whole lot has changed. Late-night is still known as a “boys club” of White men – so much so that one of the women now successfully breaking into that club never imagined she could.

“I never gave late-night one half of an ounce of thought, because it just never occurred to me that might become available to me,” says Amber Ruffin, the host of the breakout “The Amber Ruffin Show,” on Bill Carter’s “Behind the Desk: The Story of Late Night” podcast. “It wasn’t even like there were different kinds of White guys.”

Ruffin has worked in comedy for years, developing her skill as a writer and performer in improv and theater before joining NBC’s “Late Night with Seth Meyers,” where in 2014 she became the first Black woman to write for a network late-night show.

The late-night host gig, however, was a different kind of conquest.

“This may be the least diverse thing of our lives, so, no, I never thought, ‘OK, there’ll be some room for me here.’ Not ever,”” Ruffin says.

Around 2016, Ruffin and fellow “Late Night” writer Jenny Hagel began to join Meyers for a segment called “Jokes Seth Can’t Tell,” showing how well Ruffin could elicit laughs from behind a desk. 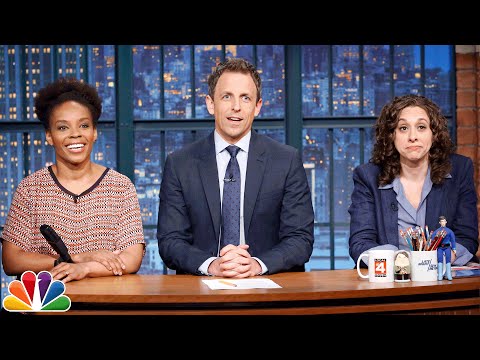 And five years later, Ruffin now hosts her eponymous late-night program on NBC’s streaming service, Peacock. Launched in September 2020, the network has confirmed “The Amber Ruffin Show’s” popularity by extending its run through September of this year.

“Every time you perform, you stretch out everyone’s expectations,” Ruffin says. “And now we are really just doing whatever the rip we want.”

That includes everything from original songs, to the viewer-supplied “Question Party,” to analysis segments like “How Did We Get Here?” in which Ruffin breaks down systemic issues like police brutality and the rise in anti-Asian violence.

Violence Against Asian-Americans Isn't New, but It Is Growing | The Amber Ruffin Show 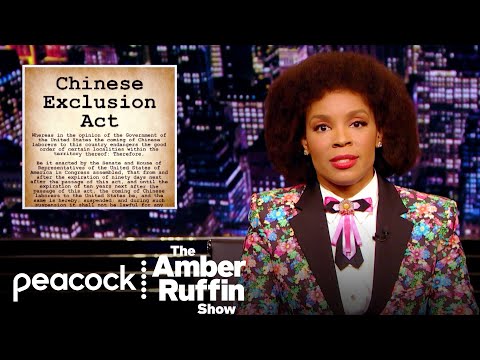 “I find myself less and less going, ‘OK, but can White people understand it?’ You know, I feel like I haven’t wondered that in, like, a year,” Ruffin says, seizing the opportunity for a joke. “The times, they are a’changing.”

With Ruffin hosting on Peacock, “Desus & Mero” writer Ziwe hosting a new show on Showtime, and comedian Sam Jay debuting a fresh entry in the genre as well, there’s reason to hope that’s true – and hope that this inclusion is here to stay.

“There are these tiny opportunities for people of color, and then they are gone as quickly as they arrived,” Ruffin tells Bill Carter. “But lots of the bigger networks give a lot more money and a lot more time to young White men finding their footing, whereas people of color aren’t really granted that opportunity. You just have to come ready-made. And it is harder and it is unfair, but it is not impossible.”