Hard seltzer sales are surging but competition continues to grow, so Truly Hard Seltzer is using some star power to help the brand break through.

The boozy beverage has signed British singer Dua Lipa to a multi-year sponsorship deal that puts the three-time Grammy Award winner front and center of its largest-ever marketing campaign. Truly’s flavor portfolio has blossomed to nearly 30, ranging from iced tea to fruit punch, so it has enlisted the multi-talented singer to reflect its diverse selection.

The ad campaign is called “No One Is Just One Flavor” and begins with a 30-second TV commercial during this week’s “Saturday Night Live.” Directed by celebrity photographer David LaChapelle, the partially animated commercial features Lipa exploring a “joyous world full of flavor” and is set to her hit song “Physical.” Phrases related to Lipa’s other traits, like being bilingual and a dog mom, also appear in the ad. 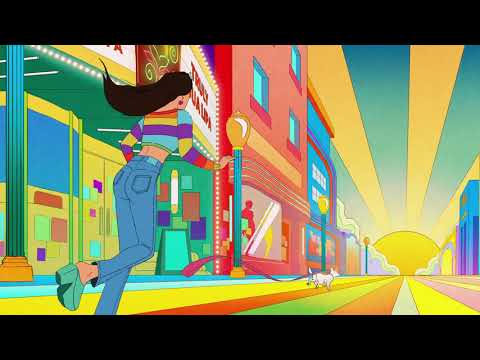 “There’s so many parts of us that make us unique and many parts of me that people don’t know about,” Lipa told CNN Business in an exclusive interview.

“I want people to know there’s more to me than being a singer,” she said pointing to her multinational roots of being born in the United Kingdom to Kosovar Albanian parents. Her music also transcends genres, which is often a mix of disco, house and ’80s pop.

Lipa added that that she only partners with brands she likes and that the campaign feels inclusive and authentic. Perhaps the biggest perk of the partnership is the “special package” of Truly beverages she gets sent to London, where she resides, because it’s not yet sold there. Her favorite flavor is mango lemonade and notes she’s only a “weekend drinker.”

Don Lane, Truly’s vice president, told CNN Business that the ad campaign shows Truly isn’t a “one trick pony” and that it’s leader in innovation, pointing to its growing list of flavors that towers over their competitors.

“Our drinkers are looking for variety in everything they do, including their taste in flavors,” he said. “We’ve all been stuck in quarantine for the past 15 months and what the world needs right now is to let go and have fun. Hard seltzer should be the sidekick in those experiences.”

Lane declined to say how much the campaign costs, but said it was “huge.” Truly has previously advertised on TV, but this campaign is bigger because it includes out-of-home and digital ads as well as a social media aspect with an Instagram filter that Lipa will use in front of her 66 million followers.

Choosing Lipa was a “really careful decision,” Lane said, adding that they picked her because of her young and devoted fan base. “She’s really connected with our target audience: She’s youthful, she’s joyous and she’s more than meet than eye,” he said.

Lipa will be the brand’s most famous face during the summer, which also includes a group of social media influencers. The first part of the campaign will culminate this fall with a “Truly Inspired” virtual concert that’s curated by the singer and will feature a performance from her. Fans can also enter to win a VIP experience for the in-person portion of it.

Owned by Sam Adams’ parent company, Boston Beer (SAM), the seltzer brand has catapulted over its beers and is now the company’s top-selling brand. The company has regularly beat analysts’ earnings expectations in recent years because of Truly’s sales strength, firmly placing it as the country’s second top-selling brand behind competitor White Claw.

Together, the two brands capture about 75% of the hard seltzer market, according to Nielsen. However, their leads is in a perilous position as more rivals enter and expand their offerings, including new options from Molson Coors, Constellation Brands and Anheuser-Busch. (Just today, Bud Light Seltzer released a new variety pack combining its lemonade and iced tea flavors.)

“The category is a promiscuous because people like to try different things and there’s no better place to do that than with Truly,” Lane said. That has sparked the company to continuously pump out new flavors and even a high alcohol version.

Truly has an advantage with that strategy according to Laurent Grandet, an analyst at Guggenheim Securities. In a recent note, he predicts that Truly’s sales will grow 110% this year. Truly’s new flavors are “faster-growing, bolder-flavor alternatives” that “should help reduce the share gap with White Claw,” he wrote.

For Lane, he sees a lot of Truly’s success mirroring that of Lipa’s.

“She’s a massive star on the rise similar to how Truly is rising,” he said. “We’re ascending, and she’s ascending and we thought that’s a match made in heaven.”