5 things to know for May 4: Covid, immigration, US military, opioids, South China Sea

If a hurricane is headed your way, don’t panic. There are many steps you can take to protect yourself, your loved ones and your property. To help you get started, CNN created this downloadable checklist for those who may end up in the path of a dangerous storm.

Daily US Covid-19 case and death totals are now about one-fifth of what they were during their winter peaks, and many experts attribute some of the slowdown to climbing vaccine numbers. Nearly 83% of Americans 65 and older have received at least one Covid-19 vaccine dose, and nearly 70% are fully vaccinated. Now, health and state leaders want younger people to take the plunge. To that end, the FDA is poised to authorize Pfizer/BioNTech’s vaccine in children ages 12 to 15 by early next week. Is someone you know still stymied by popular vaccine myths? Here are some useful rebuttals, including more on whether vaccines harm fertility (they don’t). Meanwhile, in Brazil, Covid-19 has caused 1 out of every 3 deaths this year, and less than 10% of the Brazilian population has been vaccinated so far.

President Biden will raise the refugee cap to 62,500 people this fiscal year after backlash following an earlier decision to maintain a Trump-era cap of 15,000. The elevated limit gets the administration back on track to its February promise of admitting more refugees. The vow was temporarily sidelined when a surge of migrants at the southern border moved Biden to reevaluate his policies. Nearly 6,000 undocumented immigrations were apprehended there daily in April, preliminary government data show. That means the continued influx is still higher than normal but appears to have plateaued. The Biden administration says it’s still focusing on moving families and children out of US Border Patrol custody as fast as possible to alleviate overcrowding and long stays.

Video Ad Feedback
03:46 - Source: CNN
Why the back and forth?: Tapper questions official on refugee cap

Chairman of the Joint Chiefs Gen. Mark Milley, the top US general, has dropped his opposition to major policy changes on how the military handles sexual assault and is open to removing the chain of command from involvement in investigations. An Independent Review Commission, created by Defense Secretary Lloyd Austin, is carrying out an urgent 90-day review of Pentagon policies and procedures on sexual assault. Milley until now had said sexual assault is a leadership issue and must be handled within the chain of command. But he dropped his opposition after seeing attempts to effectively reduce or end sexual assault within the ranks fail. A Defense Department survey estimated more than 20,000 sexual assaults in the military in 2018.

A landmark trial in the US opioid crisis is now underway in West Virginia. Cabell County and its county seat, Huntington, have accused three major prescription opioid distributors of creating a public nuisance by failing to monitor, divert and report suspicious orders under the Controlled Substances Act. The complaint alleges the companies distributed a combined total of over 57 million doses of hydrocodone and oxycodone to the community of about 100,000 people between 2006 and 2014. Overall, West Virginia also had one of the highest opioid-involved overdose death rates in the country in 2018. This is the first federal case to go forward among thousands of opioid lawsuits and could set the tone for future litigation related to the crisis.

Many Americans are bracing for the cold reality that they will have to shell out more money this year to keep their homes warm during the winter. Families are expected to pay an average of 17.2% more for home heat this coming season, compared to last winter, according to the National Energy Assistance Directors Association. This brings the two-year hike to more than 35%. Those who heat their homes with natural gas are facing the largest spike, with their costs expected to soar 34.3% to $952 for the season, the association said. Heating oil is expected to jump 12.8% to $2,115. And those whose heat runs on electricity can expect to see a nearly 7% increase to $1,328. Some people may not realize that energy bills will be costlier this winter, especially since gasoline prices had been falling for months.

“Get the f**k out.” That’s what Philippine Foreign Minister Teodoro Locsin told the Chinese government in a tweet demanding China’s vessels leave disputed waters. The Philippines has been protesting what it calls the “illegal” presence of hundreds of Chinese boats inside the country’s 200-mile Exclusive Economic Zone in the South China Sea. China claims almost the entire South China Sea, through which about $3 trillion of shipborne trade passes each year. The Philippines has filed dozens of diplomatic protests to China since President Rodrigo Duterte took office in 2016, but Duterte himself has taken a more gentle tone toward the country’s maritime rival in exchange for Beijing’s promises of billions of dollars in investment, aid and loans.

Video Ad Feedback
03:48 - Source: CNN
Why it matters who owns the seas

After months of lockdown, you definitely want to avoid a face-melting “Raiders of the Lost Ark” moment.

Every engaged person should feel a little glam if they want to!

If you were looking to offload your old reliable ride, now is the time.

Aren’t we all rare giant stars, battling against self-destruction?

That’s how much Verizon is getting in a deal to sell Yahoo and AOL to private equity firm Apollo Global Management. The deal, due to close in the second half of 2021, signals Verizon’s exit from the media business.

“After a great deal of thought and a lot of work on our relationship, we have made the decision to end our marriage.” 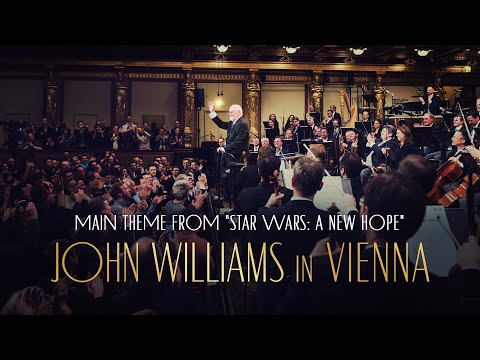 Get into the true Star Wars Day spirit by watching the GOAT himself, John Williams, conduct the soaring opening theme from the beautiful Musikverein in Vienna. (Click here to view.)