Aidy Bryant nearly had an on-set meltdown when she was under pressure to remember the steps to the Electric Slide.

Bryant, who is skillfully playing Ted Cruz on “Saturday Night Live” this season, visited “The Tonight Show Starring Jimmy Fallon” Monday to promote the third season of her Hulu show, “Shrill.” She recounted a funny story of working with a choreographer to learn the dance.

“You think you know the Electric Slide, don’t ya?” she told the audience.

Bryant explained that she and three costars were supposed to coordinate their moves, but she had an issue with her costume so the others perfected the dance first. When Bryant was ready to learn, she was alone with the choreographer and her brain shut down in an “intimate, raw, nightmarish panic,” she recalled.

Bryant said she thought she knew the dance moves by heart from weddings and parties but forgot everything.

“It was the most intimate, raw, nightmarish panic I’ve ever felt in my entire life,” she said. “Suddenly, I found myself being like, ‘What is a grapevine? What is a little shimmy?’ I’m like raw terror, looking into this man’s eyes.” 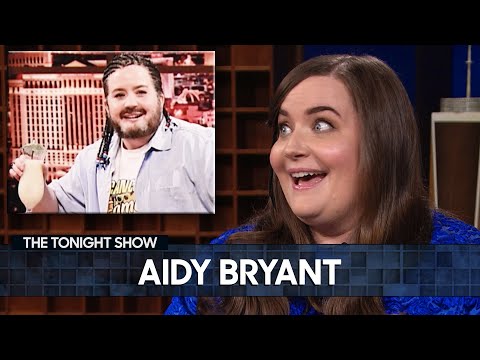 She says the raw panic has stayed with her.

“Solo Electric Slide?” she laughed. “It’ll chill you to your damn bones.”

Bryant said it took 10 run-throughs, but she ended up nailing it.

“I survived,” she quipped. “It looked great on camera.”