In 2022, it’s not uncommon to be surrounded by gadgets can turn on your lights, remind you of an appointment or track your sleep. But how far is too far? Some technology experts say Amazon’s new list of updates shows how prevalent surveillance products are in every corner of our homes with the apparent goal of making life a little easier.

President Biden delivered his first address to Congress last night, on the eve of his 100th day in office. The President focused his speech on what his ambitious and sometimes politically divisive policy changes can do for Americans. He made no apology for passing the massive coronavirus relief bill without Republican support and called on legislators to swiftly act on other top-line issues, like police reform and infrastructure spending. While his biggest priorities have been domestic, Biden also said by addressing issues like green energy production, the US is staying competitive with the rest of the world. As the President spoke, Vice President Kamala Harris and House Speaker Nancy Pelosi completed a historic tableau behind him, marking the first time two women have occupied both those positions. You can read Biden’s full speech here and see photos from the historic evening here.

The European Union has agreed to buy up to 1.8 billion doses of the Pfizer/BioNTech vaccine. If the deal is finalized, it would mark the world’s biggest single deal for a Covid-19 vaccine. The EU has struggled to secure enough vaccine doses for member countries after a deal with AstraZeneca fell millions of doses short because of supply chain issues. Now, the European Commission is suing AstraZeneca over the alleged breach of its vaccine supply contract, escalating a monthslong dispute. In India, the government has bought at least 205.5 million doses of Covid-19 vaccines, making the country one of the top 10 vaccine buyers in the world. However, that number only covers about 8% of its population – not nearly enough to relieve the crushing weight of a second surge.

Video Ad Feedback
02:03 - Source: CNN
India is not the only Covid-19 hotspot in Asia

Federal prosecutors indicted the three men accused of killing Ahmaud Arbery on hate crime and attempted kidnapping charges. Arbery, a 25-year-old Black man, was out for a jog near Brunswick, Georgia, in early 2020 when he was chased down in a truck and fatally shot. His killing was one of the painful incidents that spurred last summer’s wave of racial justice activism, and Arbery’s family says the indictments bring the case one step closer to justice. In Chicago, new bodycam footage has been released showing the fatal police shooting of 22-year-old Anthony Alvarez as he ran from an officer on March 31. This incident, along with the police shooting of a 13-year-old boy days earlier, has prompted Chicago Mayor Lori Lightfoot to call for reform of foot pursuit policies.

Federal agents executed search warrants yesterday at the apartment and office of Rudy Giuliani, former President Trump’s personal lawyer. Giuliani has been the focus of a long-running criminal investigation concerning his activities in Ukraine, including whether he conducted illegal lobbying for Ukrainian officials during Trump’s presidency to try to damage the reputation of then-rival Biden. A search warrant for a lawyer like Giuliani would require a sign-off by the highest levels of the Justice Department, and generally, it is unusual for prosecutors to execute a search warrant on a lawyer at all. But they’ve done so before – most notably, in this case, against another former lawyer for Trump, Michael Cohen. Giuliani hasn’t been charged and has denied wrongdoing.

United Airlines is suspending service at New York’s JFK Airport, saying its schedule there is too small to remain competitive. In a note shared with CNN Business, the airline said the start of the winter season, when more airlines resume flying to and from JFK, contributed to its “difficult decision.” United has been negotiating with the FAA to acquire additional slots, or takeoff and landing authorizations, at JFK and has been advocating for the agency to update its assessment of the airport’s capacity. But United said these improvements will take time. As for the airline’s employees, United says that the 100 employees who work at JFK won’t lose their jobs and instead be transferred to nearby locations.

China has successfully launched the first module of its planned space station. The country’s astronauts have long been excluded from the International Space Station, currently the sole centralized venue for testing and exploration in space. But if China has its way, it will have a space station of its own by the end of 2022. It won’t be as large as the ISS – about one-fifth of its size and similar to the Russian Mir space station, which operated from 1986 to 2001. Speaking of Russia, that country says that it will leave the ISS project in 2025 and plans to build another space station that could launch in 2030.

Be prepared to weep with emotion over a young man you’ve never heard of getting the chance to play in a city you’d never set foot in.

Tony Blair has a mullet now, and it’s disturbing Britain

Diplomacy in the front, political intrigue in the back.

Slippery Toothpaste would be a great name for a rock band.

The trademark crossover no one saw coming.

Microsoft is retiring its default font, and it wants your help choosing a new one

Michael Collins, the NASA astronaut who was the command module pilot for the Apollo 11 mission to the moon, has died at age 90 after battling cancer. “Today the nation lost a true pioneer and lifelong advocate for exploration,” NASA said in a statement.

That’s how much women across the globe lost in income last year, according to a report from Oxfam International. That’s more than the combined gross domestic products of 98 countries and underscores the disproportionate losses suffered by women during the pandemic.

Russian opposition leader Alexey Navalny, on his faltering health following a hunger strike. The Kremlin critic has been imprisoned in Russia since February. 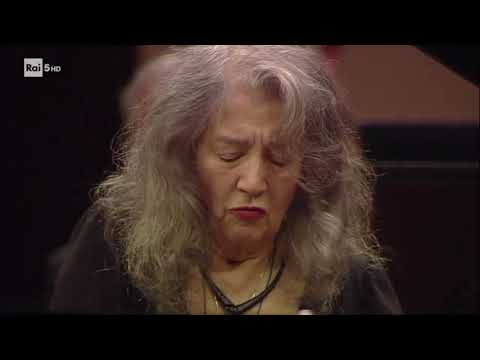 I can’t get through “Widmung” (“Dedication,” in English) without crying. Written by Robert Schumann for his new wife, Clara (also a brilliant musician), and arranged for piano by Franz Liszt, the work is a testament to both romantic passion and the artistic passion that drove the three people at the heart of its creation. No one brings it to life like the peerless Argentine pianist Martha Argerich. (Click here to view.)