There are some real winners from record-high car prices. (But, hint: It’s not automakers.)

The CDC has released new outdoor mask guidance, saying fully vaccinated people can forego face coverings at small outdoor gatherings or when dining outside with friends from multiple households. Unvaccinated people, the CDC says, should still mask up for such events, and even fully vaccinated people should protect themselves in larger, denser outdoor gatherings. President Biden touted the new guidelines as a reason all Americans should get vaccinated. In Brazil, the Senate has launched an inquiry into its federal government’s response to Covid-19. Brazil is among the three countries hardest hit by the pandemic, along with the US and India, and this investigation could affect President Jair Bolsonaro’s reelection bid if it leads to an impeachment proceeding or criminal charges.

Biden will mark his first 100 days in office this evening with an address to a joint session of Congress. He’ll touch on the mind-boggling array of historic events that have already defined 2021, from pandemic devastation to the Capitol riot that haunts the very halls where he will speak. He’ll also acknowledge the Covid-19 relief bill he championed and similar big-ticket legislation in the works. To that end, the White House is intensifying conversations with key Republicans to bolster bipartisan support for Biden’s infrastructure plan. A bipartisan group of senators is trying the same thing, hoping to win support in areas like transportation and water infrastructure and broadband. In his speech tonight, Biden will also unveil $1.8 trillion more in proposed federal investment in education, child care and paid family leave that he’s calling the American Families Plan. Here’s how to watch the speech at 9 p.m. ET.

Democratic Rep. Ilhan Omar is reintroducing three policing bills she hopes will end up in the bipartisan package lawmakers have been fine-tuning for weeks as pressure mounts to pass meaningful police reform legislation. The most significant of these bills would establish an independent federal agency to investigate deaths in police custody, officer-involved shootings and use of force that results in severe bodily injury. Meanwhile, incidents of non-lethal use of force are getting more attention, like in a federal civil lawsuit filed against four officers in North Carolina that alleges they grabbed a Black woman by her hair and pulled her out of her SUV during a 2019 traffic stop. In New Jersey, two police officers are facing charges for allegedly assaulting an Arab American teenager and then lying about it on a police report.

Boko Haram fighters have reportedly hoisted the Islamist group’s flag in a remote district in Niger State, Nigeria, and seized women there as villagers tried to flee. Niger State’s governor said more than 3,000 people have been driven from their communities by Boko Haram and other criminal gangs in such a way. He said the terrorist group wants to use such rural areas as hideouts and strongholds, and it has successfully taken similar areas in other regions across the country. Boko Haram’s deadly activities have caused the death of more than 37,000 people and displaced over 2 million since 2011, according to data from the Council on Foreign Relations.

Hungary’s parliament has passed legislation paving the way for the government to take control of how universities and cultural institutions in the country are run. Critics say the laws extend the influence of the ruling right-wing government. Most Hungarian universities are now owned by the state but have a lot of academic autonomy. However, the bill, drafted by Prime Minister Viktor Orban’s deputy, says the universities need to be reorganized with the role of the state in mind. Orban and his ruling party have a long history of implementing their conservative, so-called Christian values, strongly opposing immigration and limiting gay adoption and legal recognition of transgender people.

Astronauts spice up their diets

If we say “no,” do we think our homes will find out?

“Nice fiber optic cables ya got there. Would be a shame if they were crudely gnawed by an animal with no appreciation for high-speed internet.”

You can now get Amazon groceries delivered inside your garage

What will our too-smart home think of that?

The only time to be sad about something not going up in flames.

Crocs sales surge, and Questlove even wore a gold pair to the Oscars

Lo, the age of the Formal Croc is upon us!

That’s how many living people can claim to be descendants of Leonardo Da Vinci, according to decadeslong research into the Renaissance genius’ purported remains.

“We should never relent in our efforts to protect the lives of the preborn.”

GOP Idaho Gov. Brad Little, who yesterday signed a so-called heartbeat ban restricting access to abortion. Idaho is the second state to do so this week. Montana’s governor just signed a trio of similar abortion restrictions, as well. 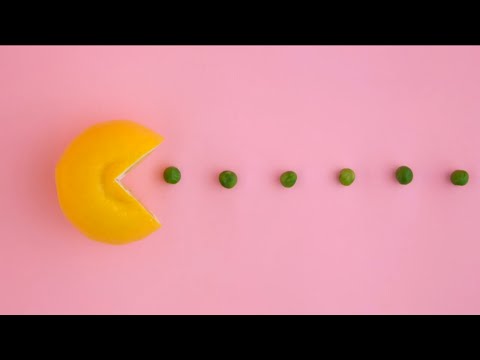 This juicy little stop-motion video will have you reaching for the fruit salad. (Click here to view.)