Jana Kramer and Mike Caussin’s breakup was the subject of their “Whine Down” podcast, even though they weren’t present for it.

On Tuesday, actress Brooke Burke filled in for the pair on their popular iHeartRadio podcast with guest psychologist Hillary Goldsher talking about navigating marital issues.

“As a woman, I want to say that I have been through two very public divorces,” Burke said. “It is hard and I’m here just filling in.”

One of the podcast’s producers, identified as Mark, expressed his surprise at the breakup.

“I was stunned when I heard the news and people will be like, ‘How? How could you be stunned?’” he said. “It’s been years of a podcast with these two arguing, bickering, struggling through their relationship. B I really thought they had turned a corner.”

Kramer, a country artist and actress, and Caussin, a former NFL player, co-authored “The Good Fight: Wanting to Leave, Choosing to Stay, and the Powerful Practice for Loving Faithfully,” which was published last year.

The pair appeared on Tamron Hall’s daytime talk show to promote their book and Kramer revealed she discovered his infidelity when their daughter was five months old. 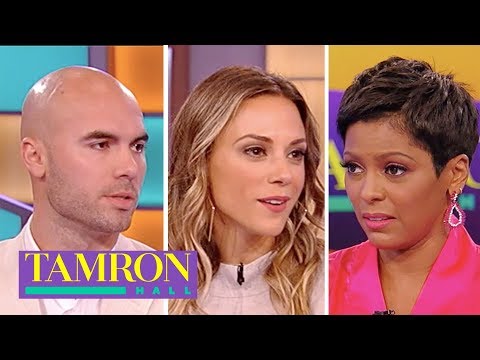 Caussin talked about being a sex addict.

When asked if she trusted him Kramer said, “I trust him today.”

“And that’s what I always say,” she added. “I can’t think about yesterday, the day before, the past … today he’s showing up, he’s a great husband, he’s a great dad and today I trust him.”

On social media, there was much speculation as to the fate of the podcast.

Kramer is set to return next week.